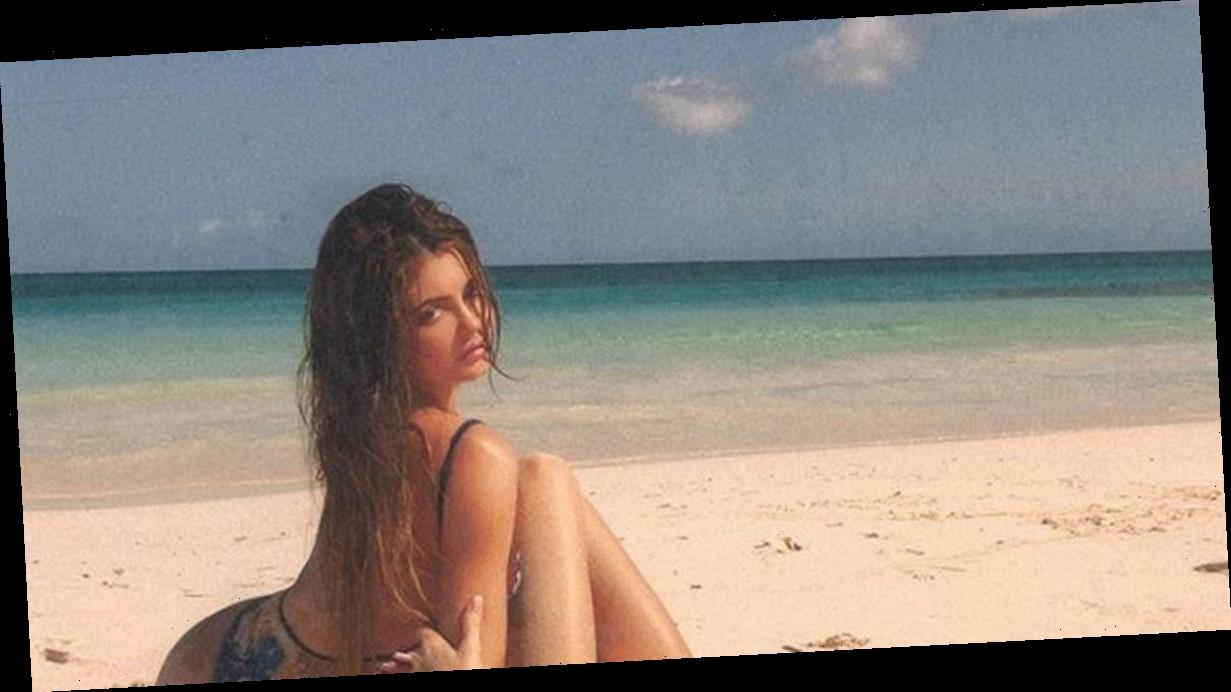 Kylie Jenner offered a sneak peak of what it's like to go on holiday with her and Kendall , and… well… it's a little different to your average trip.

The stunning sisters were seen displaying a daring pose as they showed off their infamous curves in a saucy beach snap.

The sultry pic shows younger sister Kylie sitting up while looking back at the camera, meanwhile her sister Kendall can be seen laying down soaking up the sun.

The makeup mogul, 22, leaves very little to the imagination as her swimsuit bares her sandy bottom.

And Kendall's figure can be seen perfectly, despite her facing away from the camera.

Sharing the provocative picture with her 164 million Instagram followers, Kylie wrote: "Rise and f***ing shine," as she referred to her staple quote from last year that instantly became an internet sensation.

In fact the quote became such a big hit, that Kylie went as far as trademarking it, and even putting out merchandise clothing for it.

Kylie's trademark application says that the now viral phrase will be used on clothing and cosmetics, but she also applied to copyright an alternative spelling of "Riiise and Shiiine".

Despite the trademark application, Kylie is raking in profits for the song.

Her online store The Kylie Shop offered a $65 hoodie baring the new phrase, but it recently sold out.

The clip emerged when Kylie sang briefly to daughter Stormi in her Kylie Cosmetics office, and it blew up across the Internet. That's all it took.

But despite working hard, the billionaire businesswoman knows when to play hard, too.

She has recently been sharing a lot of holiday content with her followers, including busty pictures of herself in a brown two-piece.

Her cleavage threatened to spill out of the flimsy top, which sparked many fans to question if she'd had a boob job.

She drew attention to her chest by posing with her fingernail on the bridge of her bra in one snap, and in the other she pushed her boobs together by bringing one arm up in front of them.

"What's meant for me will always be," Kylie captioned the post alongside a heart emoji.