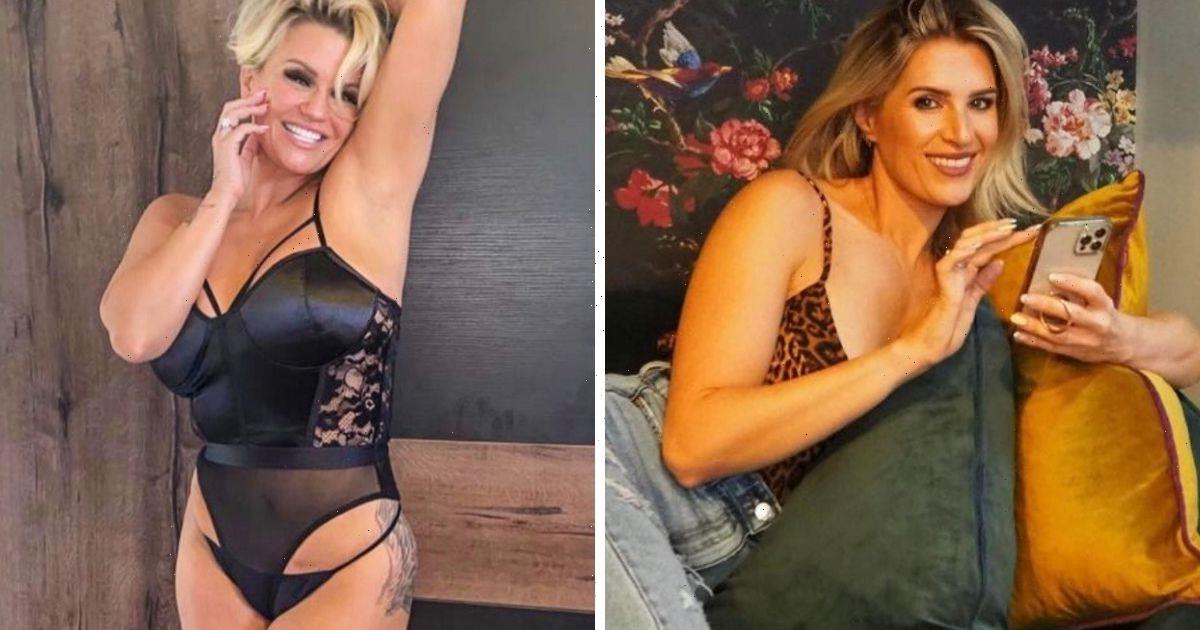 Hollyoaks bosses have come under fire after sacking actress Sarah-Jayne Dunn over her OnlyFans account, with stars such as Kerry Katona and Nicola McLean slamming the decision.

Sarah – who played Mandy on the Channel 4 soap – had been a part of the Hollyoaks family for over 25 years but was axed after bosses decided she couldn't create content on the 18+ website if she wanted to continue acting.

A spokesperson from the TV show stated the decision was based on Hollyoaks being "a youth-facing drama with many young viewers, who follow our cast very closely, both in the soap and outside of it."

The 40 year old actress first appeared on the soap back in 1996, and recently told her social media fans she would be posting "sexier, racier" snaps on OnlyFans.

She stated that her decision to do this was "about empowerment and confidence and having full power over my choices".

However, bosses weren't pleased with the actress' choice and after failing to come to an agreement with them, Sarah lost her role on the show.

"We take our responsibility to our young audience very seriously and therefore the show does not allow any Hollyoaks cast members to be active on certain 18+ websites," the Hollyoaks spokesperson continued.

"We had hoped we could reach a resolution with Sarah that would allow her to remain in her role as Mandy, but we respect her choice to continue to produce content on OnlyFans.

"In the past four years since her return to the show her legacy character has been an integral part of some our most important storylines and we will be very sad to see her go".

Earlier this week, Sarah wrote a simple message on Twitter addressing the situation, saying: "Thanks for all your support".

Since the news of Sarah's axing broke, many of her Hollyoaks co-stars have stood up for her, with one calling the hypocrisy of the situation "staggering".

Actor Ayden Callaghan, who played Joe Roscoe on the soap, took to Twitter to stand up for ex-colleague Sarah.

He wrote: "The hypocrisy of the Sarah Jayne Dunn situation is staggering.

"It’s a great show with some wonderful people working on it, but the content on the show very often, is, to put it mildly, risqué.

"I think they’ve made a poor decision here’".

The star spoke today on the Jeremy Vine show and said: "I love Hollyoaks. I bleed Hollyoaks if you cut me. But I think they promote nakedness.

"I never had clothes on when I was on the show. They’re constantly getting people to get their kit off and I don’t think it’s a big stretch."

He continued: "They do calendars with girls in their underwear. And boys in their boxers, or whatever.

"I haven’t seen [Sarah’s OnlyFans], but unless she’s naked I don’t understand why they’ve got a problem with it, because they were promoting it in that way.

"They’re using their bodies to promote the show, and now they’ve decided it’s not cool. I think it’s wrong."

It isn't just Hollyoaks stars who are speaking up about the controversial axing, as fellow OnlyFans users Kerry Katona and Nicola McLean have also waded in on the debate.

Both the TV personalities have supported Sarah's decision to stay on the platform, with Kerry even telling the actress to "get her t**ts out".

Former Atomic Kitten singer and mum-of-five Kerry has raked in a fortune from her own OnlyFans account, and has urged Sarah to do the same.

Kerry said: "I think she will make loads of money from it, get herself sorted, by a huge house, why not? Do it! Who is anyone to judge?

"Nicole Kidman strips off and does a sex scene, Natalie Portman does Black Swan and masturbates and gets paid millions. I get a bit of nipple out and I am judged. I am not having it."

The star explained that she has "made well, well, well over a million now" from her own 18+ content, and added "I think she [Sarah] can do the same."

"I think it’s bloody brilliant. It’s her body. I hope she gets her t*ts out. And shows that women can empower themselves.”

She also slammed Hollyoaks bosses, saying: "I have never heard so much bulls**t in my life", calling the situation "wrong on so many levels".

She shared an article announcing the actress' axing and captioned it: "Find this so odd as I'm sure Lime Pictures [the show's production] were happy for all the girls to pose for the lads mags to promote their shows?"

She ended the post: "@sarahjaynedunn well done for standing your ground" followed by clapping emojis.

Nicola's point was echoed by Kerry, who also said: "I know most of the women in Hollyoaks, Corrie and all those – back in the day you were more than happy to push them all out to FHM, Nuts and Zoo and all the lads mags.

"Why shouldn’t they make money from their own bodies now?"