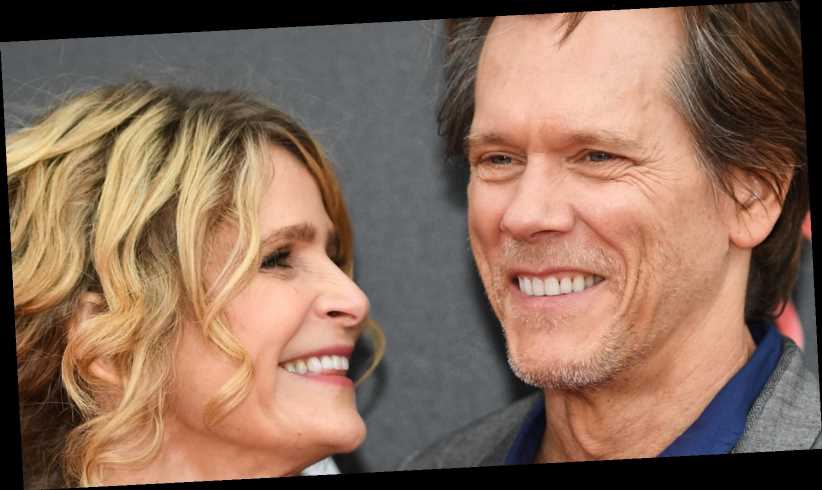 Kevin Bacon and Kyra Sedgwick are one of the most enduring couplings in Hollywood. The New York Post notes the couple has been happily married for more than three decades and shares two grown-up children. However, the Brooklyn Nine-Nine fan fave is quick to note there’s nothing particularly special about them, quipping, “Honestly, we just got lucky, there’s no secret, we just got so lucky when we were so young.” The duo was 23 and 21 respectively when they first hooked up.

Although Sedgwick acknowledged she never expected to settle down so early because she was “very ambitious” and “very independent,” the actress knew immediately that Bacon was the one. Deciding to be with him forever was a no-brainer and, as Sedgwick advised, “We’re just really lucky, and it’s not hard.” Although theirs is a match made in Hollywood heaven, making it official wasn’t without incident particularly, as Bacon revealed, when it came to his lady’s engagement ring.

During an appearance on The Kelly Clarkson Show, the Footloose breakout revealed he didn’t pick the right jewelry for his soon-to-be fiancé. In fact, the choice was so far off what Kyra Sedgwick had envisioned that Kevin Bacon eventually ended up changing it for her. “I have to tell you, I’m really not a jewelry guy. Like, I just don’t get it,” he admitted (via YouTube). The actor added, “It’s just something we don’t have the training in or whatever.” And yet, when he originally located the ring, Bacon was convinced it was the right one. “I thought it was banging. I was like, ‘I figured it out. I conquered this.’ I gave it to her. She was so touched, cried, said I do,” he recounted.

However, just a few short months later, Bacon discovered Sedgwick didn’t like the ring after all. He recalled, “We’re lying in bed and she wakes up, and she’s crying, and she’s crying, and she can’t even say what’s going on. Finally, she goes, ‘I don’t like the ring!'” Although the actress felt bad, Bacon appreciated her honesty, and the couple went together to swap out the piece in question for something more suited to Sedgwick’s tastes. As Page Six notes, the ring she chose is just as impressive today as it was all those years ago, with the unique flower design boasting a massive diamond surrounded by smaller stones. A banging choice, indeed.