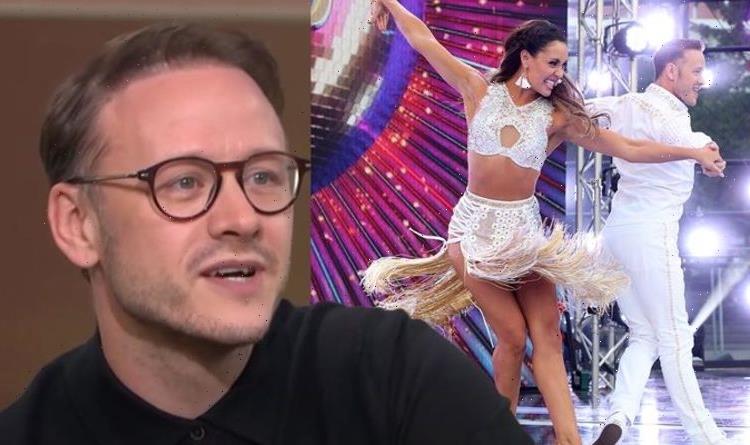 Kevin Clifton, 37, has made a dig at celebrities who take part in Strictly Come Dancing and reiterate “they have never danced before”. The ex show professional spoke about the issue with his sister Joanne in his latest self-titled podcast.

They’re trying to win the competition.

Kevin spoke to his sister about Rose Ayling-Ellis and Giovanni Pernice’s performances and the relationship the pair have formed on the show.

This topic saw him comment on stars who are supposedly keen to share their lack of experience.

He said: “You know when they’re up talking to Claudia [Winkleman] and people say different things and you know like on some years you’ll get a contestant that will be asked, ‘So what’s your favourite colour?’

“They’ll go, ‘Well, because I’ve never danced before my favourite colour is blue’.”

Kevin admitted “everyone’s done it”, telling Joanne that “we’ve all been guilty of trying to get people on side”.

Kevin added that he has noticed a change in Giovanni this year, as he normally tries “so hard to win”, however this year he doesn’t believe he is.

Kevin said: “I think he is genuinely enjoying the process and spending time with Rose.”

Rose and Giovanni have been going from strength to strength every week, even achieving the earliest 40 in Strictly history.

He finally took the Glitterball home in 2018, winning the sixteenth series with his now girlfriend, Stacey Dooley.

Kevin unfortunately announced in March 2020 that he was leaving the show to focus on “other areas of his career”.

He is currently performing in the West End hit Singin’ in the Rain.

Choreographer Matthew Bourne tweeted on Saturday: “I’m not sure the judging panel understood the story of unrequited love behind the song danced to by @TomFletcher & @dowden_amy last night?

“I found it eloquent and heartfelt. @bbcstrictly #Strictly.”

In view of his 252,000 followers, Kevin replied: “I agree. Also, one doesn’t have to cry for it to be heartfelt or emotional.”

He added that he was “baffled” by the “judges desire for him to cry in this dance”.