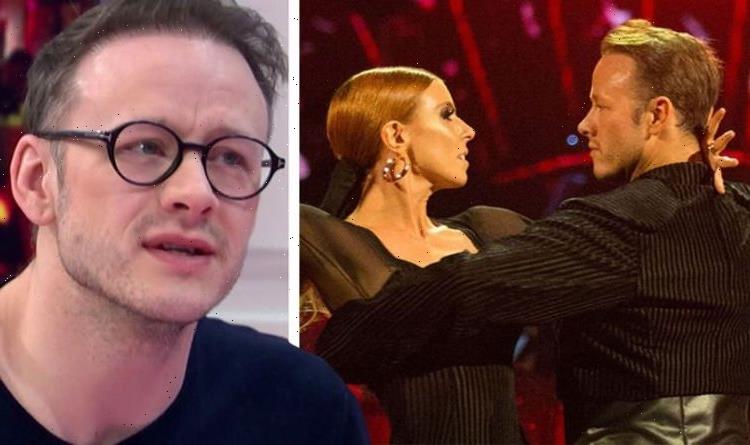 Kevin Clifton, 38, admitted one thing Strictly Come Dancing lacks is an intimacy coordinator for dancing partners on the show. It comes as he chatted about the programme’s injury prevention specialist on his self-titled podcast, and admitted the BBC talent contest could do with someone making sure that all the celebrities coming on the show feel comfortable performing intimate routines.

I thought that might be another role Strictly could do with!

He referenced musical comedy Rock of Ages, in which he plays Stacee Jaxx, pointing out the “edgy” show hired an intimacy coordinator to help with these specific scenes.

“It’s quite a raunchy show, it’s a bit edgy,” he giggled.

“So we worked with an intimacy coordinator for the first time.”

He went on to describe exactly what she did and how her presence helped the actors perform.

“This is quite a new thing where they have someone come on a show and basically make sure everyone’s comfortable with intimacy and certain positions.

“Just to make sure everyone feels comfortable and safe.”

He sang her praises as he believed Strictly could benefit from hiring someone like that.

“She was so interesting to listen to!” he explained.

“I thought that might be another role Strictly could do with!”

He went on: “As performers, you’re used to performing with other people and having to do certain things, and perform in certain ways.

“But sometimes on Strictly you get celebrities come on and who are not performers.

“They’re not used to that.

“Who knows how they feel going into it!”

Kevin revealed he’d asked the coordinator from Rock of Ages to come on his podcast to speak a little more about what she does, and he was keen for listeners to hear more about her role.

Elsewhere, Kevin teased who he’s backing to win this year’s show, admitting he isn’t biased because he no longer works for the BBC.

“I feel like I’m sort of going to be a bit team Dan [Walker] from the start,” he shrugged.

But he quickly noted he’s allowed to have him as a favourite.

“I’m allowed to because I don’t work for the BBC anymore!” he chuckled.

“So, I’m allowed and I feel like I’m going to be team Dan because he’s a nice bloke.”

Strictly returns later this year to BBC One.