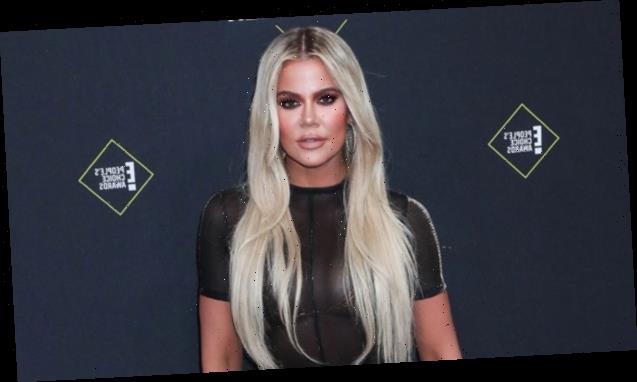 Khloe Kardashian joked about her different beauty phases over the years while guest starring on the podcast of her longtime friend, Simon Huck!

Khloe Kardashian, 36, decided to laugh with her critics by joking about her different looks over the years! The subject came up as the Keeping Up with the Kardashians star appeared on the Oct. 12 episode of Simon Huck and Melissa Gray Washington’s new podcast, Emergency Contact. Khloe couldn’t agree on exactly when she met Simon, a public relations executive who’s made cameos on KUWTK, but she does know the meet-cute happened many beauty phases ago.

“Do you not remember when you and I met? You and I met because I was Nicole Richie’s assistant,” Khloe began (yes — she once worked for The Simple Life star, before becoming a reality television star herself). That led Khloe to joke, “and you were Jonathan Cheban’s assistant, and we met, like, five faces ago. I don’t know if you remember me because it was so many faces ago. You don’t remember that?”

This just goes to show that Khloe always gets the last laugh, after receiving comments about her seemingly changing appearance in the past. In August, fans even accused the Good American co-founder of looking unrecognizable in a photo with her two-year-old daughter, True Thompson. Of course, Khloe had an excellent clapback prepared that time.

Man this heat wave is intense!! Isn’t it October??? Lex, This ones for you 😉

Fans have often debated if Khloe has had any cosmetic/plastic surgery work done, but Khloe has admitted to trying out lip fillers in the past. “She swears she hasn’t done any fillers at all, she says she’s still scared since the last time she did fillers (in her face) she hated them so much,” a Kardashian insider EXCLUSIVELY told HollywoodLife in May of 2019. The source added, “Khloe has nothing against lip fillers, they just aren’t for her. She tried them in the past and hated them and has always said she won’t go there again.”

Regardless, it’s natural for any person to not look the same as they did a decade ago. Khloe loves to experiment with her beauty look, and has gone from rocking brunette hair to ombré to platinum blonde to bronde. The E! star has been sporting brunette hair once again, though, since her 36th birthday in June.