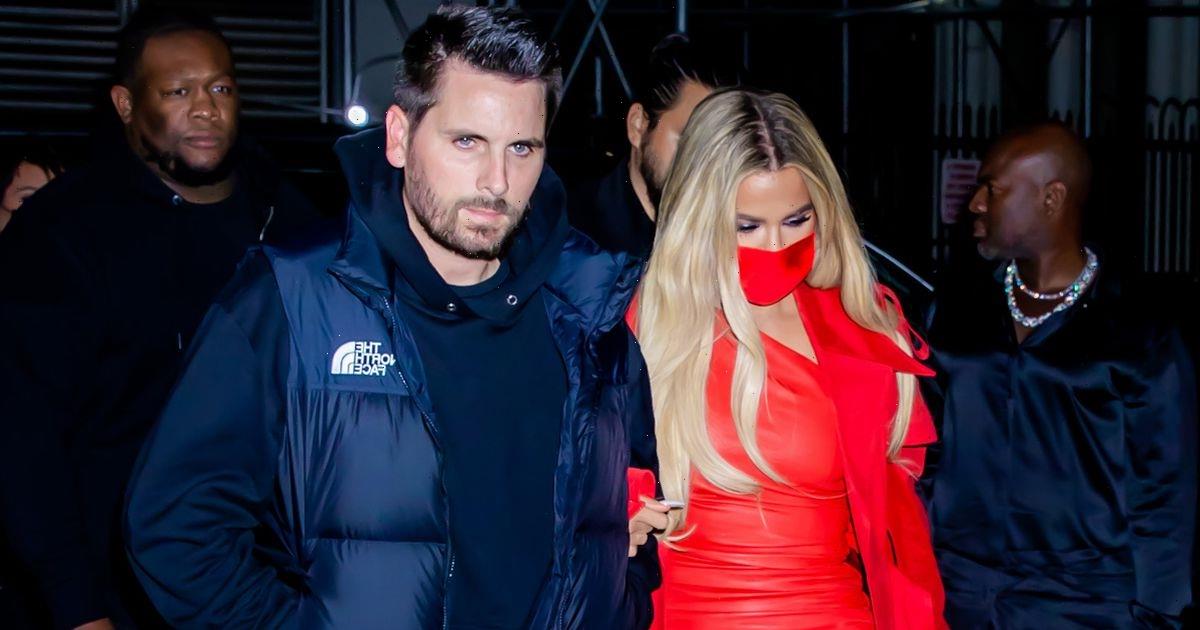 Khloe made her first appearance on the show alongside mum Kris Jenner and older sister Kim, who took over hosting duties on the comedy sketch show.

She arrived at the after-party with Scott, who shares children Mason, Penelope and Reign with Kim and Khloe’s sister, Kourtney.

Earlier in the evening, Scott shared a photo of the view of the stage from his seat in the audience, captioning it: "Live on Saturday night.”

Khloe also shared a series of behind the scenes snaps on Instagram, simply captioning the post: “SNL” alongside red love-heart emojis.

Good friend Jonathan Cheban, who was also there to support Kim in her guest role, commented on the post: "Was EVEN better in Person!!!"

Khloe and Scott’s outing comes just weeks after it was revealed that Scott had unfollowed all of the Kardashian/Jenner family on social media.

Towards the end of filming for their famous reality show, Keeping Up With The Kardashians, Scott opened up about his fears he would lose touch with the family.

However, he has since re-followed the famous family on Instagram and is clearly still enjoying spending time with them.

Following Kim’s hosting debut on the show, a source has revealed how Kim was apparently "happy" with how it went, despite being nervous beforehand.

They explained: “She was very focused all week and worked hard. Kanye [West] was around in N.Y.C. this week for support and guidance.

“After hosting, she was happy and felt good about how it went.

“It was a big deal to her. After she accepted the hosting gig, she had moments of doubt. It was ultimately something that she just had to do.

“She is very happy that she got the opportunity to host."

Stay up to date with all the latest news on Khloe Kardashian and much more by signing up to OK! newsletters here.