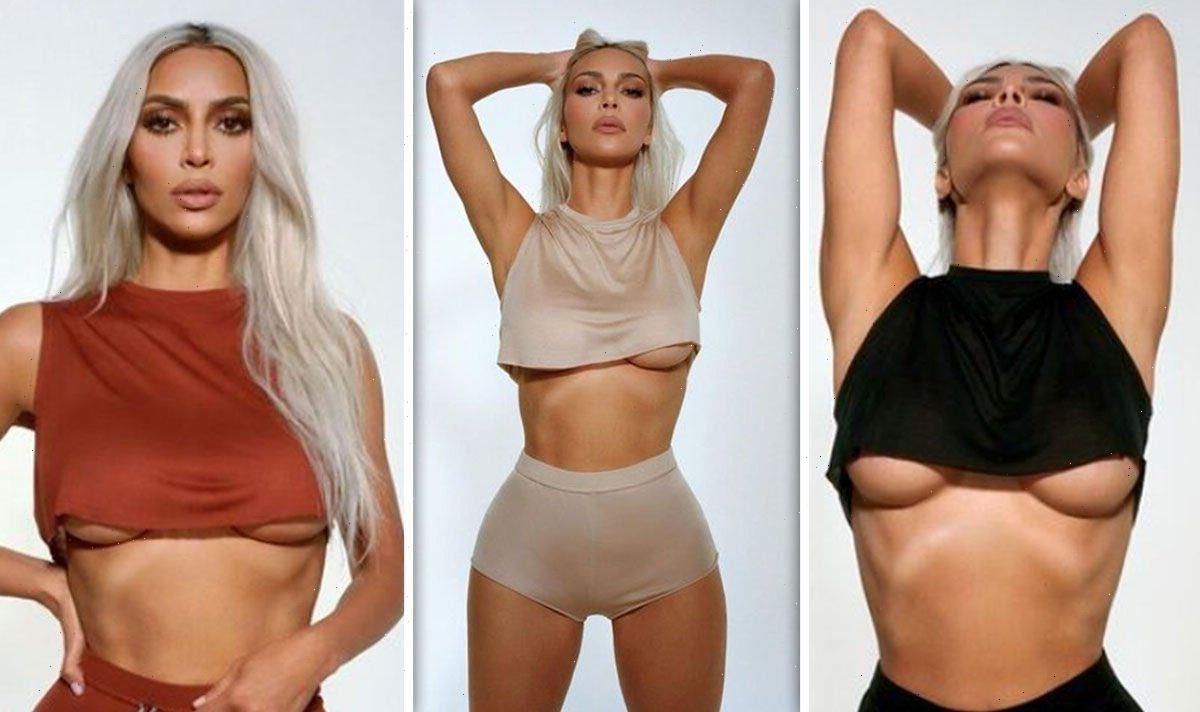 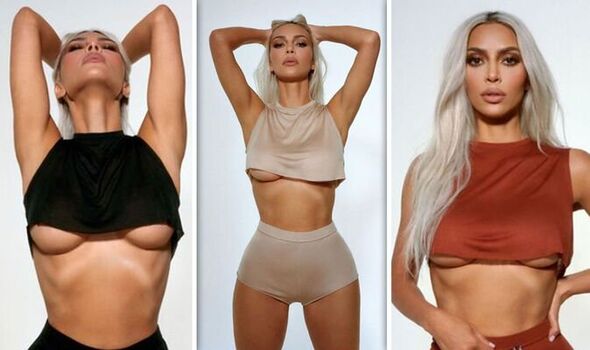 Kim Kardashian, 41, has showcased her famous figure in a new promotional campaign for her clothing range SKIMS.

Donning her new sleepwear line, the mum-of-four looked sensational as she flashed the underside of her assets.

Blonde again since she wore Marilyn Monroe’s gown at the Met Gala, Kim wore luxuriously long eyelashes with a nude lip and ran her hands through her tousled locks.

“Just dropped new @SKIMS Sleep Set. Shop now in 4 colors and sizes XXS to 4X at SKIMS.COM,” she wrote in view of her 321 million followers.

Kim, who recently split from rapper Kanye West, sparked controversy amid claims she had damaged Marilyn’s dress that the actress wore in 1962 while singing Happy Birthday to US President John F. Kennedy.

But Kim has since denied these allegations, and the Ripley’s Believe It or Not! museum, which loaned the dress to Kim, has also insisted no damage was done to the gown.

They claimed the split seams seen in circulating photos were caused by an incident in 2017. 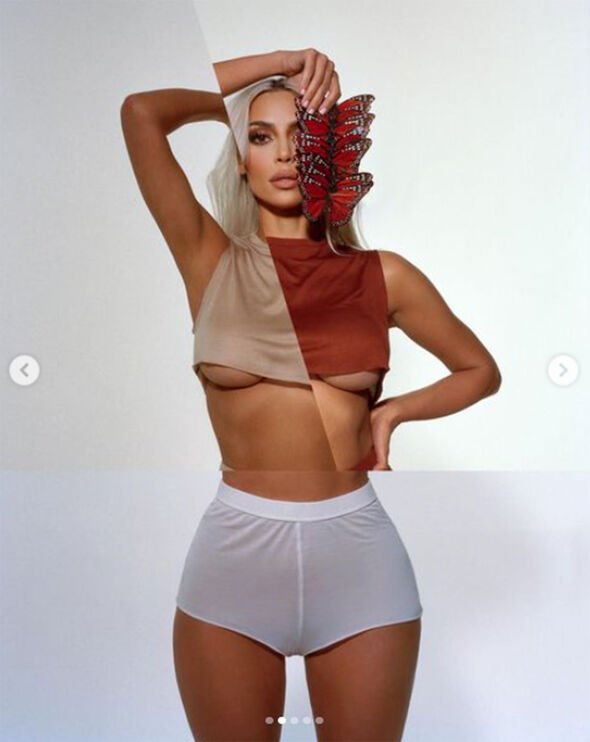 The reality star was promoting her skimpy pyjama range on Instagram. 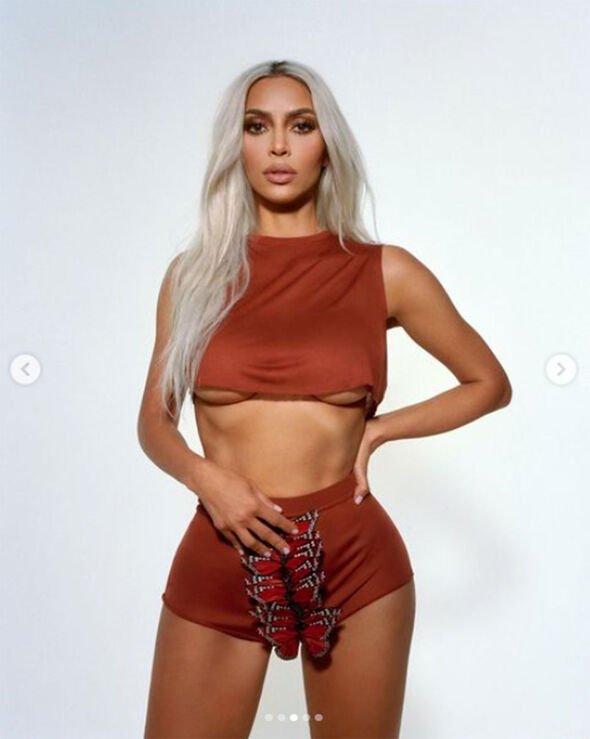 Holding a red butterfly prop, the newly-blonde star posed up a storm

The mum-of-four looked stunning in the series of photos posted in view of her 321 million followers. 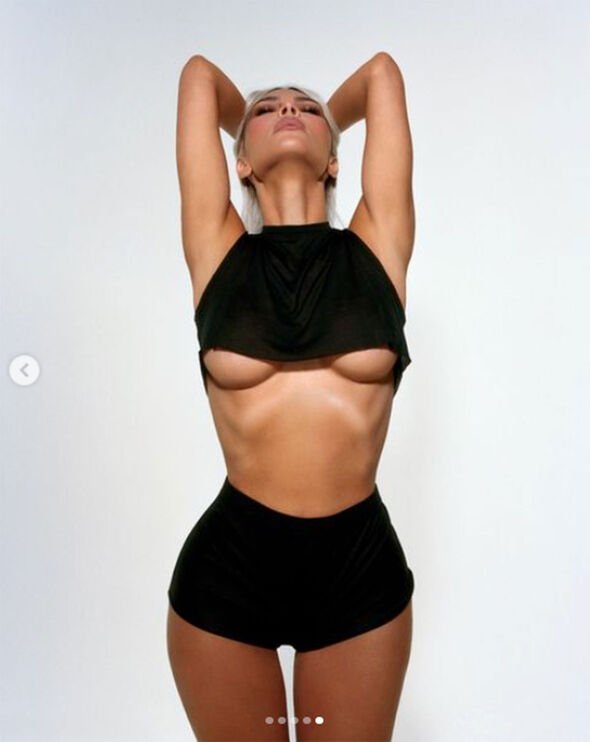 In one photo, Kim almost flashes everything

The fashion designer threw her head back as she ran her hands through her hair. 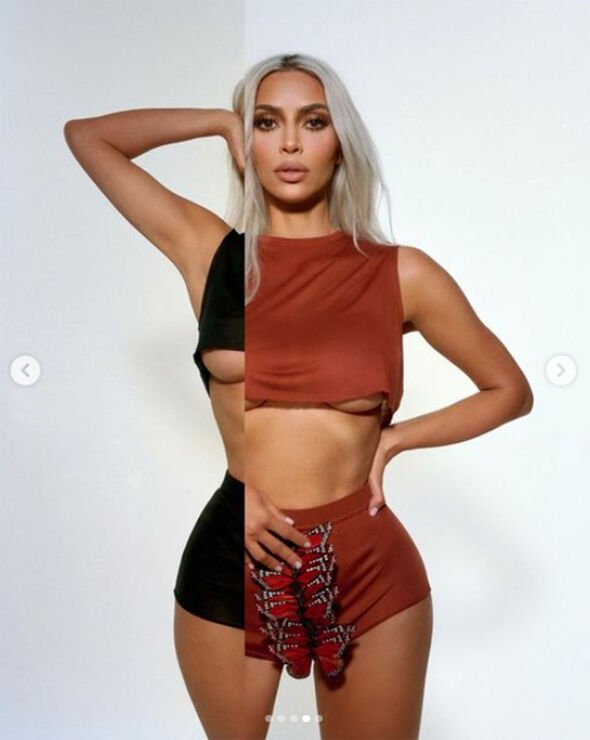 She was accused of damaging Marilyn Monroe’s iconic dress. 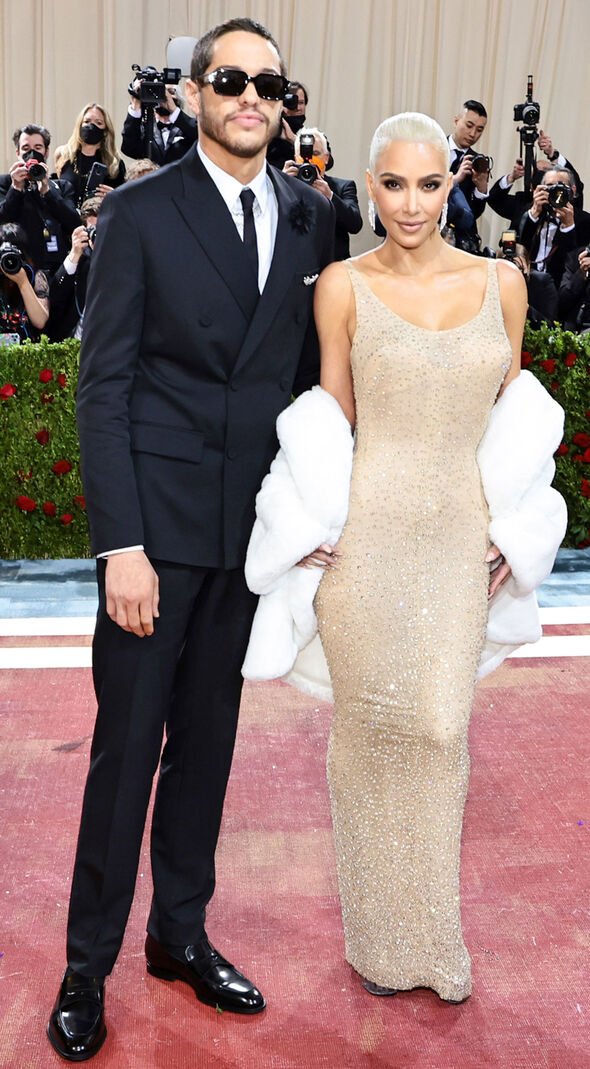 The Keeping Up With the Kardashians star wore the gown to the Met Gala alongside her boyfriend Pete Davidson.

Kim was accused of damaging the dress while slipping into it

But she denied the damage was done by her – as did the Ripley’s Believe It or Not! museum, which loaned the dress to Kim