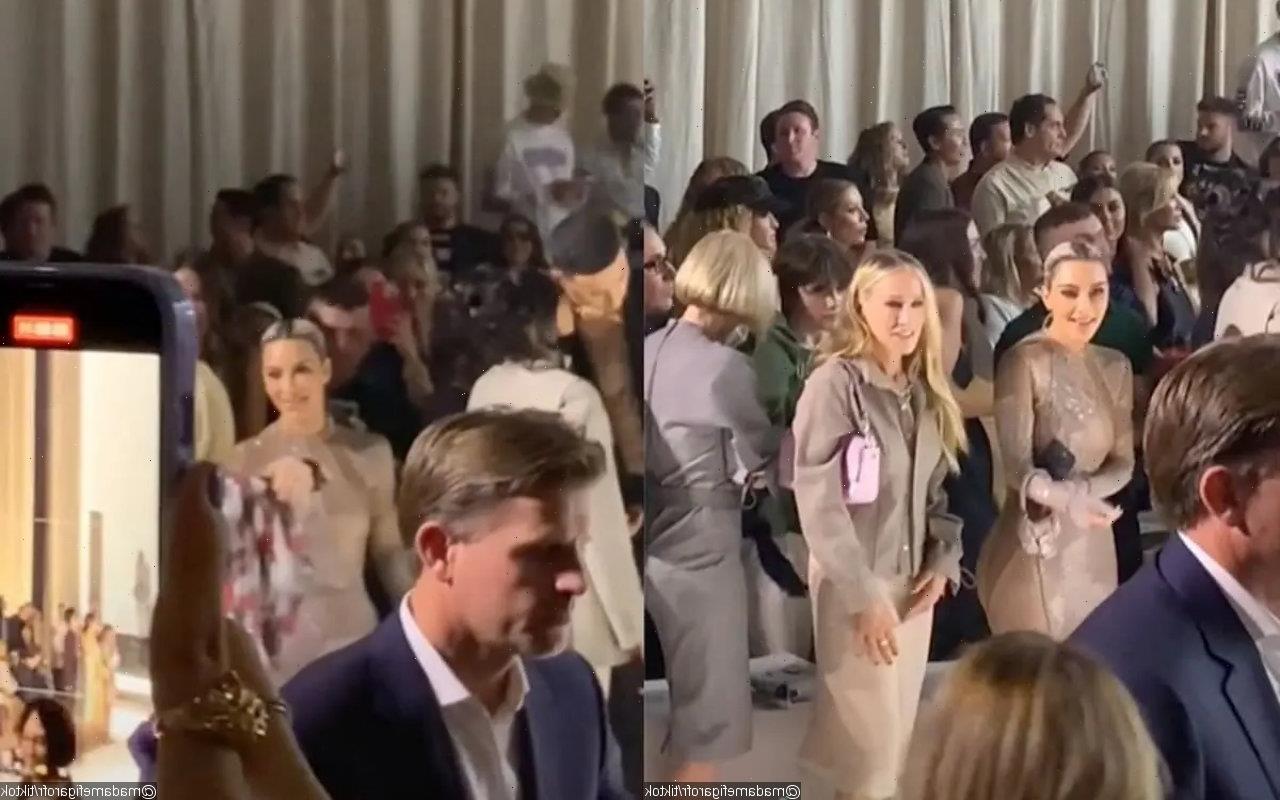 The SKIMS founder is caught on camera having a rather awkward moment when she encounters the famed Vogue editor and Sarah Jessica Parker at Fendi’s New York Fashion Week show.

AceShowbiz –Kim Kardashian apparently got snubbed by Anna Wintour at New York Fashion Week’s Fendi show over the weekend. The SKIMS founder was caught on camera having a rather awkward moment when she encountered the famed Vogue editor and Sarah Jessica Parker on Friday, September 16.

In a TikTok video that was shared by French magazine Madame Figaro, Kim was seen standing next to the “Sex and the City” actress while clapping as the models gave their final walk. Later, Anna, who sat on the other side of the runway, was walking over to greet SJP.

Kim, however, thought Anna was coming to her. “The Kardashians” appeared to say “hi” to Anna and adjust her handbag to greet her. Much to her surprise, the 72-year-old was actually going over to SJP, who waved her hand to Anna enthusiastically.

The video abruptly ended as the two fashion icons were chatting without involving Kim. It remains unknown if Kim eventually joined in their conversation.

As the video quickly went viral, some fans trolled Kim over the awkward moment. “And just like that….. kk realized who she was standing next to,” a person commented. Someone, meanwhile, said, “Kim is a nobody next to the iconic SJP.” Finding the clip hilarious, one user wrote, “Lmao seeing KK be ignored by AW. I could watch this on repeat.”

Some others, meanwhile, jumped to Kim’s defense. “I will NEVER understand how y’all could hate this woman this much just because she’s famous,” a fan said. Another person added, “Yall see a 10 second clip and create the most unnecessary scenarios.”

Kim and Anna do have a complicated relationship over the years. Back in 2012, Anna banned the “Keeping Up with the Kardashians” alum from Met Costume Institute Gala. “Anna hates Kim,” a source said at the time. “Why would she be invited to the event? It is all the biggest stars in the world and Kim doesn’t fit that bill at all.”

Anna, however, gushed over Kim’s fashion in an interview with Vogue in March 2019. “I personally admire the way that she’s become a little more minimal in the way she’s dressing, and a little more covered,” she shared. “You have to admire how [the Kardashians have] created an empire through their personalities, and the creative genius of their mother.”