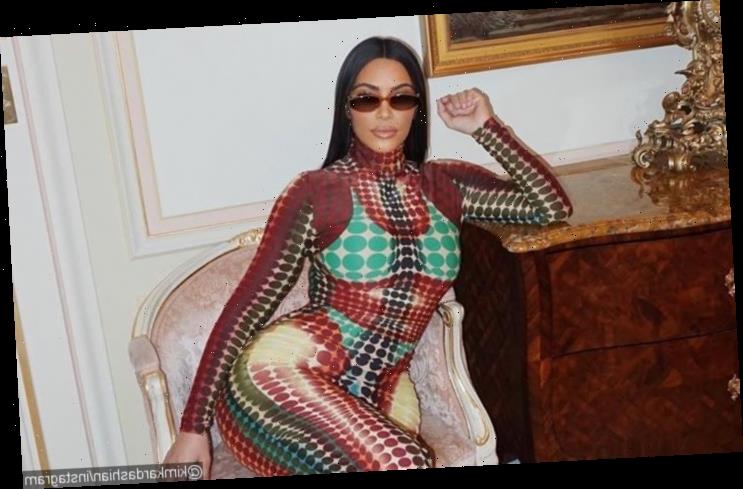 The ‘Keeping Up with the Kardashians’ star takes to Instagram Stories to reveal ‘a delivery from Kentucky Fried Chicken,’ but people are not impressed with the limited-edition footwear.

AceShowbiz -While Kim Kardashian may have become one of today’s trendsetters in fashion, not everyone agrees with her regarding what stuff is hot or not. The reality TV star has just left everyone baffled with her pick of footwear after debuting her KFC Crocs.

The Crocs are attached to a platform heel and are decorated with fake chicken wings on the front of each shoe. The tag on one of the Crocs cheekily warns people “do not eat.”

The 39-year-old reality TV star went on talking about KFC’s new menu and her eating habits. “They are introducing new Beyond Meat chicken so they will now be having I guess meatless chicken,” she said in the video. “I always eat vegan when I’m at home.”

She continued sharing, “I went out and had Kentucky Fried Chicken recently and it was amazing but I don’t really eat meat all the time so this is amazing that they are partnering with Beyond Meat to have meatless chicken but aren’t these amazing.”

Back to the KFC Crocs, it is made in collaboration between the popular fast food chain and the footwear company. But despite Kim’s effort to hype up the product, many social media users found it disgusting.

“who the hell wearing chicken crocs,” one commented on the shoes. “This look like a hot ghetto mess what she going to get next a watermelon top to match,” wrote another. “I woulda sent that s**t back,” a third user weighed in.

Someone else brought up the controversy Kim recently caused with her cornrow braids as noting, “First braids now chicken.” Another slammed Kim for promoting the product, “She doing too much.” Someone else wrote, “This is just beyond pathetic,” as another chimed in, “How much money could they have paid her to promote these things.”

Angel Lynn, 21, has regained movement on her left side after crash