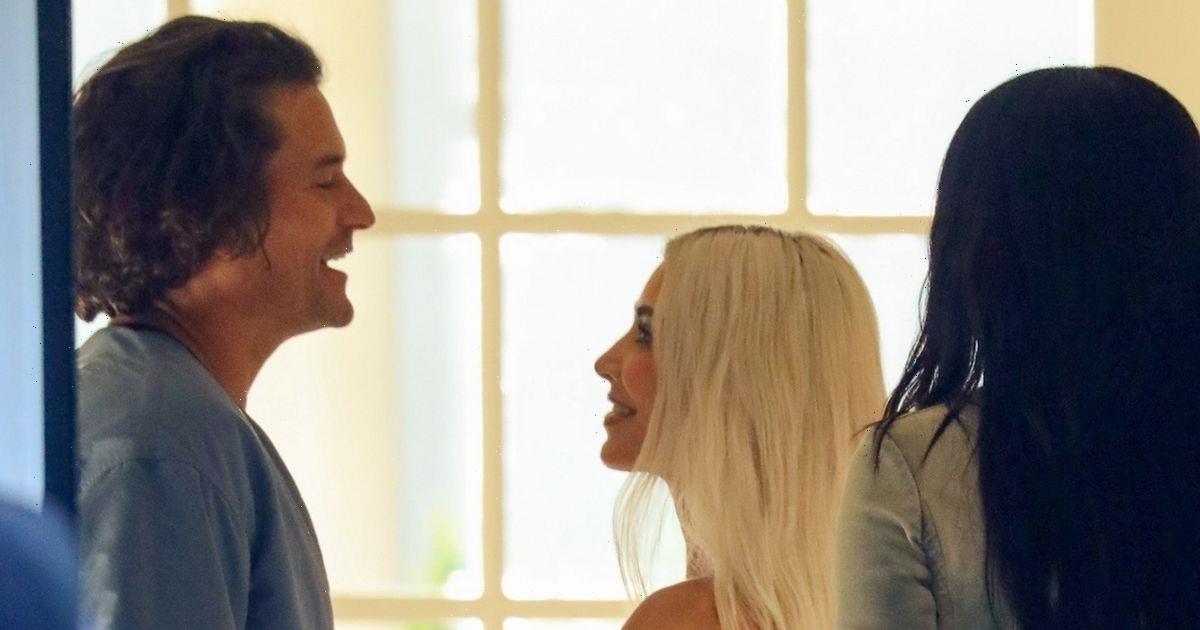 Orlando Bloom and Kim Karadshian appeared to be having a heart-to-heart amid the reality TV star’s alleged split from beau Pete Davidson, 28.

In snaps taken of the two friends, Kim, 41, wore an all-black ensemble made up of high waisted leggings and a one-shoulder top, paired with black heeled boots at what's thought to have been younger sister Kendall Jenner's 818 tequila brand investor party.

She wore her platinum blonde tresses down and opted for natural-looking makeup with a nude lipstick.

Meanwhile, Orlando, 45, cut a casual figure in a pair of jeans, a blue bomber jacket, Nike trainers and his mane swept back off his face. He was also spotted holding a motorcycle helmet, presumably meaning that was his mode of transportation to the event.

In one photo of the pair, Kim was smiling as she chatted to the Hollywood actor while he held her hand close to his body.

Meanwhile, another photo saw the mum-of-four looking more serious as they were in deep conversation.

Kim and Orlando’s chat comes after he was recently said to have issued advice to Pete following his break up with Kim.

According to reports, the A-list celeb has becoming close to the comedian while both stars film a new movie in Australia.

A Hollywood Life source said: “Orlando and Pete have become very close these past several weeks so Pete felt comfortable opening up to him.

“Orlando has been in his shoes before and allegedly told Pete that the best thing he could do right now is ‘to focus on doing him for the time being’.”

Pete and Kim are yet to officially confirm that they’ve called it quits, with fans having since speculated the reason for their breakup.

Also in attendance at the party was Khloé Kardashian who was the angel to her elder sister's devil as she attended the party, rocking an all-white ensemble that consisted of a tight white high-neck dress that featured suspenders that attached to her baggy thigh-high boots.

Khloé recently welcomed her second child – a boy – via surrogate, who's father is her ex boyfriend Tristan Thompson, with whom she also shares a four year old daughter, True.

Kylie Jenner was also in attendance and rocked a full denim outfit as she showcased her impressive physique just six months after giving birth to her second child.