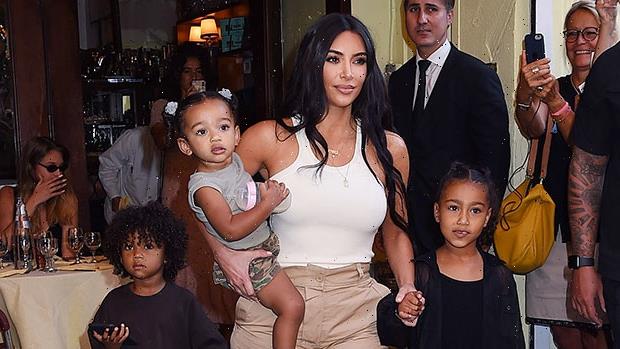 Kim Kardashian has joined the cast of ‘Paw Patrol’ as a voice actor, and her four adorable kids were treated to a private screening of the new film.

Kim Kardashian, 40, is a woman of many talents. The Keeping Up with the Kardashians alum, turned beauty and fashion mogul, can now add ‘movie star’ to her growing resume as she’s set to star in PAW Patrol: The Movie. The mother-of-four treated her kids North, 8, Saint, 5, Chicago, 3, and Psalm, 2, to a private screening of the animated flick on August 12, and she was totally beaming with pride.

“Okay guys, I want to welcome everyone here to the PAW Patrol movie,” Kim said, while showing off the private theatre Cinépolis Luxury Cinemas in LA’s Pacific Palisades neighborhood. “I’m so excited that I get to show all my kids all the cousins and all my friends and everyone my first [animated] movie! This is so exciting.”

After revealing that Saint and Chicago were “acting wild” with their new toys, she said to the youngsters, “This is so cool! I did this for you guys because I know how much you’ve always loved PAW Patrol and I’m so excited. Delores in the house! Alright so let’s start the movie you guys!” The KKW Beauty founder then turned her camera to the screen as her character, a sassy poodle named Delores came into frame. The film is also set to star Jimmy Kimmel, Tyler Perry, Yara Shahidi, Dax Shepard, Randall Park, Iain Armitage, Marsai Martin, Ron Pardo, and Will Brisbin. 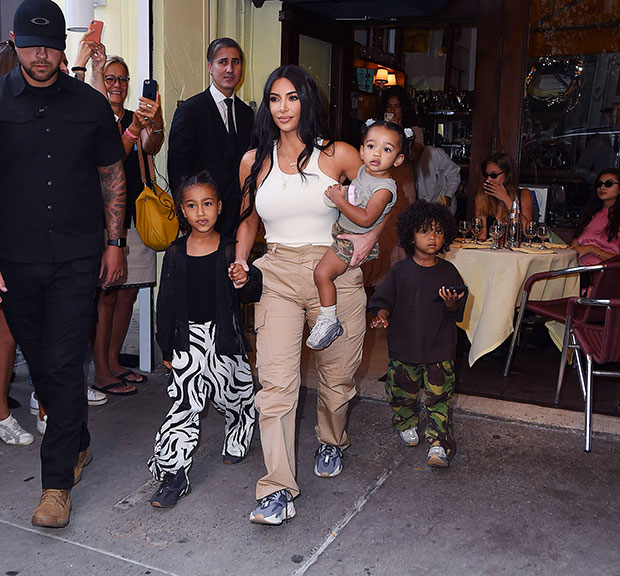 “I have four kids, all different ages. Every PAW Patrol event, show, or the toys – they all love it,” Kim said in a recent promo for the kids’ flick.  “It makes me so proud to be one of the voices. It’s something they grew up with. It’ll be so much fun when it comes out.”

Recently, Kim opened up about motherhood in a rare interview with Parents magazine. The SKIMS founder gave fans a glimpse into her life as a mom to her kids, whom she shares with ex Kanye West. “It’s rare that I get all of them down as planned, but now that North is older, she’s become my little sidekick and helps me with the younger ones,” she said. “It’s actually so cute.” Kim also shared that she’s still learning to be “stricter” and to start “saying no” when it comes to her kids.