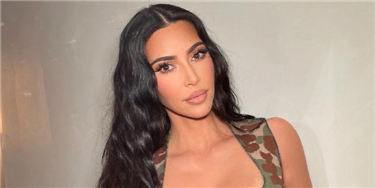 Kim Kardashian is just like everyone else, ok? I mean, except for her reality show, multiple businesses, millions of dollars, and fan following. Other than that, she’s totally relatable! But in all honesty, Kim K is h-u-m-a-n, which sometimes gets forgotten because of her mega-famous persona. News broke earlier this month that Kim and Kayne West (aka Kimye) are no more. They decided to call it quits after seven years of marriage. Apparently, Kim is feeling insecure about her dating life post-divorce.

“She’s not focused on dating at the moment but actually worries that guys will not want to date her because of how public her relationship was with Kanye,” a source tells Us Weekly. “She also knows how hard it is to build trust with someone so she thinks it’s going to take time before letting someone into her private life,” the insider adds. “It was easy with Kanye because they were friends before so they had years’ worth of trust.”

According to reports, Kanye and model Irina Shayk are “together” after being photographed together. The Us Weekly insider continued, “She certainly did not think that Kanye would move on with someone else before her. Friends and family are telling her she has nothing to worry about and when she’s ready to date again, they gladly will be setting her up with potential suitors.”