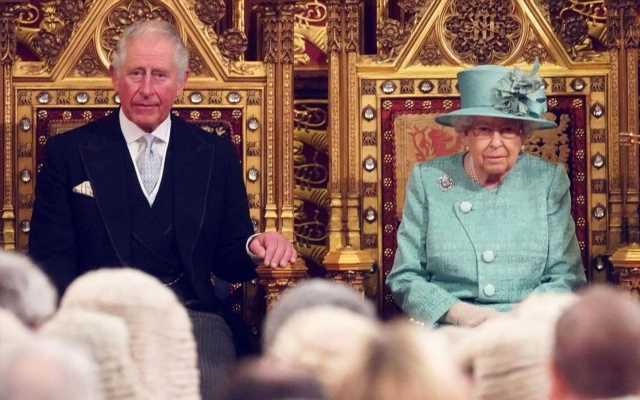 The new British monarch may honor his late mother with his coronation date which is reportedly set for June 2, the same date the recently-deceased royal was formally crowned.

AceShowbiz –King Charles may pay tribute to his late mother, Queen Elizabeth, with the date of his coronation. Officials are considering organising the event for 2 June, the same date the late queen was officially coronated in 1953, as the 73-year-old monarch is likely to formally take the throne next year and with a date eyed late in the spring for the ceremony to take place.

“There is an awful lot of planning still to do. But it will be in May or June depending on what is going on in the world,” a source told The Sun newspaper while stressing there was “no rush” to hold the ceremony yet.

“It potentially could happen on the anniversary of the Queen’s ­coronation on June 2 – that is one thing that is naturally considered. While the family remains in official royal mourning until next Monday nothing will be finalised very soon. But everyone is aware that it must happen next year and May or June is the preferred time.”

The service is likely to be “shorter, smaller, and less expensive” than the queen’s coronation, but would include a celebration of her life. And though most of the traditional aspects of the ceremony are likely to stay in place, it is believed the king wants to celebrate and “protect the diversity” of the UK by inviting members of different faiths to be part of the congregation.

A source told the Daily Mirror newspaper, “The King is very aware of the struggles felt by modern Britons so will see his wishes carried through that although his coronation ceremony should stay right and true to the long held traditions of the past, it should also be representative of a monarchy in a modern world.”

“The King has long been an advocate of a streamlined or slimmed down monarchy and this project could certainly be said to fit with his vision. He has already spoken of his wish to continue his mother’s legacy and this includes continuing to recognise what the people are experiencing day by day.”

The outlet claimed Charles – who is now head of the Church of England – told religious leaders last week that he feels he has a “duty to protect the diversity of our country.”

A spokesperson for the king insisted Charles hasn’t been thinking about the plans yet as he is still in mourning. The representative said, “The King is not thinking about the coronation right now as it is a long way in the distance and he is concentrating on what he is doing now during this royal mourning period.”