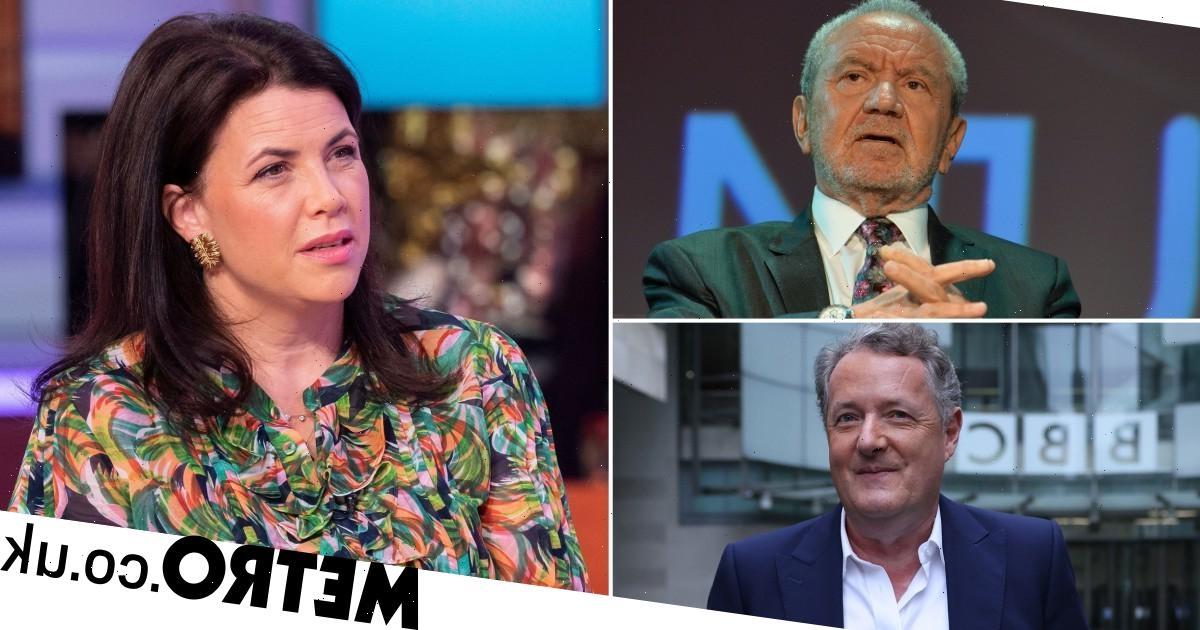 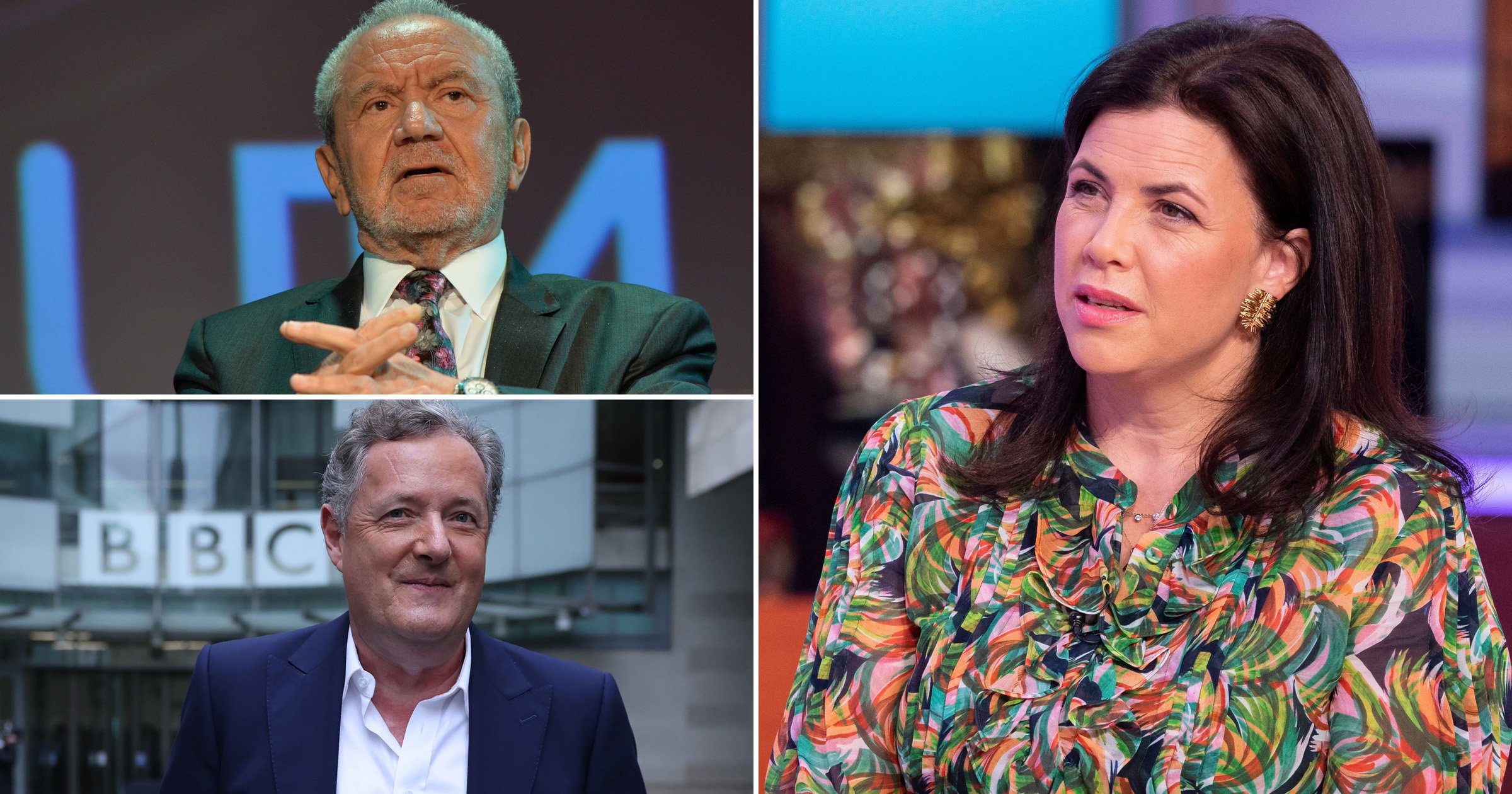 Kirstie Allsopp has become embroiled in a Twitter row with Apprentice star Lord Alan Sugar and revived an old spat with Piers Morgan.

Now Kirstie has hit back at entrepreneur Sugar after he told her to ‘shut up’ when she replied to his tweet.

The schoolyard-esque row began when Sugar, 75, shared a joke to the site which upset some of his followers as it centred on a child being beaten by his family, ending in a dig about Manchester United being unable to beat anyone.

The Apprentice host – full name Alan Michael Sugar – then replied to a female follower who took issue with the joke, writing: ‘Shut up you make me sick always looking for a negative slant its a bloody joke you idiot.’

To which Kirstie hit back at Sugar, arguing that the joke ‘wasn’t funny, at least for a decent percentage of people, but having a go at Gemma, who sent you a perfectly polite tweet, is really unfunny.

‘Abuse needs to be dealt with, disagreement is not abuse.’

Aiming to get the last word in, Sugar then quote-tweeted Kirstie to his 5.2 million followers and wrote simply: ‘Shut up.’

First sarcastically branding Sugar ‘ever the gentleman,’ Kirstie later wrote that she could ‘keep my views on his Lordship to myself, though I saw him up close & personal when I did The Apprentice for Comic Relief.’

She claimed: ‘I will say that as long as men like him, and his mate Tiny Tears Morgan, are strutting about Twitter telling women to shut up, we have work to do.’

Kirstie herself had bought her first home at the age of 21 with help from her family.

Outspoken broadcaster Piers didn’t miss the chance to say, in no uncertain terms, what he thought about the advice, writing on Twitter that it was ‘unbelievably stupid, ludicrously ill-informed and woefully privileged.’

Not pulling any punches herself, Kirstie told Piers he was ‘a repulsive bully who would attach himself to any passing bandwagon.’