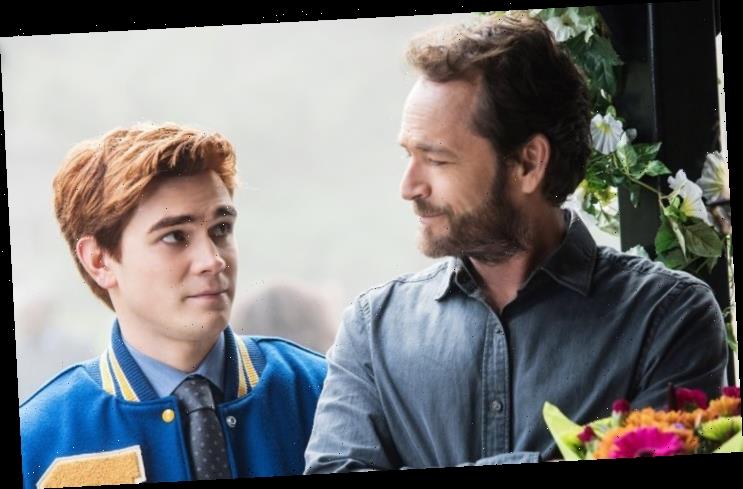 The ‘Riverdale’ actor admits in an interview to still finding it hard to go on the set of the show and confesses that he misses talking to his late on-screen father.

AceShowbiz –KJ Apa has labelled last year the “hardest of my life”, following the death of his “Riverdale” co-star Luke Perry.

The 22-year-old plays Archie Andrews in the U.S. TV show, with Luke starring as his on-screen father Fred Andrews. KJ was left devastated following Luke’s sudden death in March 2019, and told digital magazine Mr Porter’s The Journal that the actor’s passing contributed to what was an incredibly tough 12 months to get through.

“Last year was probably the hardest year of my life,” he explained. “It made me really think, what kind of man do I want to be? And I’m still figuring it out.”

He continued: “I’ve never lost anyone close to me, so it was a really hard time. It’s still hard. Going to work, I can just feel that he’s not there any more.”

As well as acting alongside Luke, KJ was close friends with the screen star, and often turned to him for advice.

“We had a really, really, really good relationship, me and Luke,” he explained. “He was just kind of a guy that kept us, especially me, grounded because he’d been through all of this stuff.”

“I was so blessed to have him in my life to say, ‘Maybe don’t do that,’ or, ‘This is a good idea.’ Just giving me advice… I miss him. I just miss talking to him. I miss listening to him.”