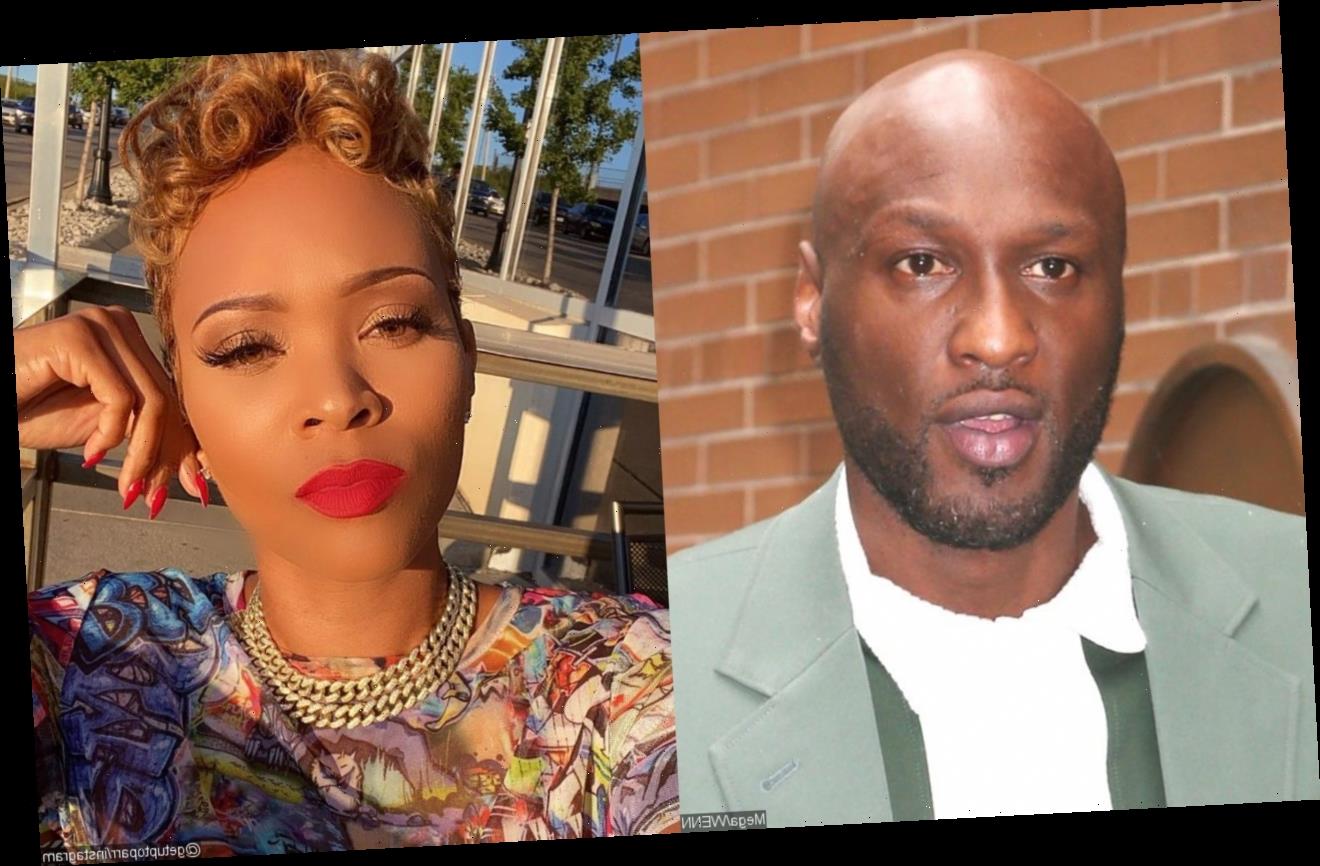 ‘I’m defending myself, you know, I hit him extremely hard. And so, I was arrested for that,’ the life coach recalls the domestic violence incident during her past marriage in a new interview.

AceShowbiz –Lamar Odom‘s ex-fiancee Sabrina Parr is opening up about her past criminal record. In a new Instagram Live interview, the life coach revealed that she used to be in jail for domestic violence-related charge after physically attacking her former husband.

“I’m defending myself, you know, I hit him extremely hard. And so, I was arrested for that,” Sabrina shared. Further offering details of the incident, she said, “He was a big guy and he was a ex-football player and was very strong. I couldn’t do anything with my hands even if I wanted to.”

Knowing that she couldn’t knock him down with bare hands, Sabrina told the host that she used a weapon to attack her ex. “Actually it was a trophy. I was standing next to a trophy case. I grabbed whatever I could and swung it,” she recalled, “So I went to jail. In Ohio, there is no self-defense law.” Sabrina also said that she wasn’t “100% unbothered by anyone’s comments.”

Her opening up about it seemingly further worsened her image on public’s eyes. “We got to protect Lamar..especially since [Kobe Bryant] is gone…he made sure that cat shake back every time,” someone urged others in an Instagram comment. “Anybody with an ounce of decernment should get a feeling from her that’s not right,” someone else added.

Meanwhile, some other users felt that Sabrina gave them “evil” vibe with someone opining, “She’s a ver disturbing character.” Another person noted that it was strange to see Sabrina telling the story while laughing, writing, “How you laughing telling a domestic violence story? Yeah she crazy.” Similarly, someone commented, “It’s the way she smiling for me just crazy.”

The revelation comes after Lamar accused her of holding his social media passwords and passport hostage. “Unfortunately my social media platforms are being held hostage by my ex and we are working hard to recover my passwords for IG and Twitter,” he shared on Instagram Story last December, “if any of y’all know someone who can get it reset for me hit my brand managers DM ASAP @savvygirlconsulting.”

When Sabrina shut down his accusations, the former Los Angeles Lakers player doubled down on his claim, “Sabrina stop. you have hacked my social media every few months. your receipts are no good that’s from a year ago. I’ve recently begged you to release my password. I can only post using the phone you set up – you don’t want me to expose you. So stop. Give me my password and my passport.”