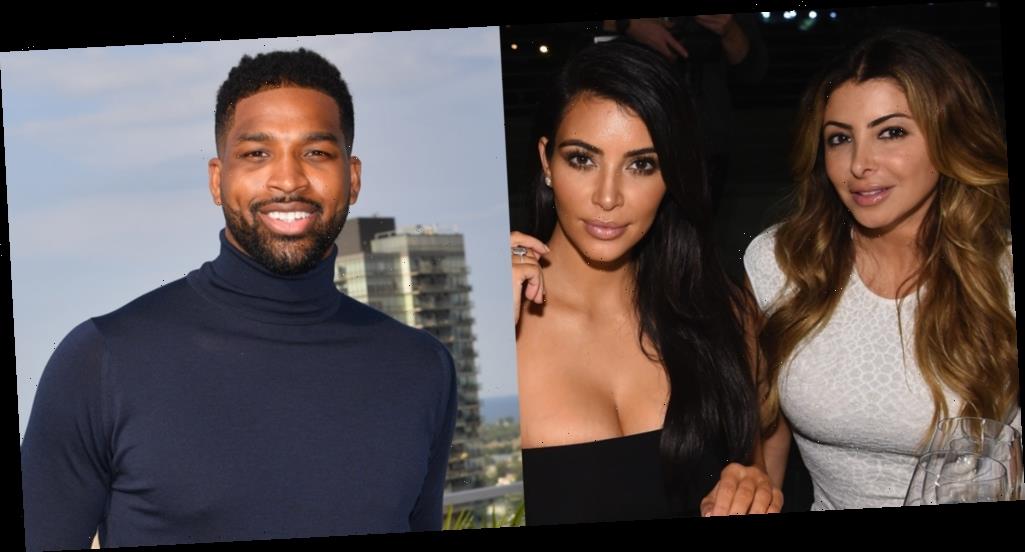 Back in July, it was discovered that Kim Kardashian and her sisters had unfollowed Larsa Pippen, who at one time was Kim‘s BFF. Now, Larsa is speaking out with Dax Holt and Adam Glyn on the “Hollywood Raw podcast.”

Larsa was asked what happened between her and Kim and she responded, “I don’t even know. I just feel like Kanye was in a place where he really didn’t trust anyone with Kim.”

She was then asked if she had a bad run-in with Kanye at any point, to which she responded, “No, we always had a great relationship. I don’t know. When people are not happy and trying to figure out their own shit. I feel like they want to put pressure and blame other people for their situation. I’ve seen that happen so much that I get it. Is it hurtful? 1000 percent. Its hurtful people think that I hooked up and trying to ruin Khloe’s life. Dude, I would never do that. That’s not even my personality. My personality is all about love and support and I’ve been there with them through everything. So, if Kanye feels he and Kim are better without me, then let them be without me. I’m OK with that. Do I look like I’m suffering? Do I look like I’m in pain? I’m OK, I will survive. Was it hurtful? Yes. But do I have love from a lot of other places? Yes. This shall pass too.”

Larsa then said, “[Kanye] used to call me at four, five, and six o’clock in the morning. I was the person that would take his calls when he wanted to rant. I would listen to him. I would be like I love you, you’re the best, things will get better, I was his go-to person to call when he wasn’t happy with X, Y, and Z. How that turned? Maybe because I blocked him on my phone because I couldn’t bear taking his calls anymore. I can’t, I’m drained. So, I blocked him on my phone. Obviously, that really upset him. So, he turned that into oh she’s this and she’s that. [The Kardashians] all started to ride his wave. If you’re that easily swayed, like the wind, then do I really give a fuck? Should I give a fuck? I don’t know. Was I hurt by it? Yes. But at the same time, I’m like, I’ve done nothing. I’ve never done one thing. I’ve been the most honest and truthful best friend to all of them.”

Larsa responded, “No! But it’s funny how people think it. I’m the most honest person in the world. Trust me, I would never lie about something like that. I was kinda seeing Tristan before Khloe. Before Khloe or any of them knew he existed. I was seeing him, I had him come to LA. I brought him to a party Kim had. I introduced him to all of them. Then a week later, or 10 days later he started seeing Khloe. Which is fine, I don’t even care. It’s whatever. I’m the type of person that doesn’t chase what’s not for me. I will never chase a man; I will never put a leash on a man. I don’t do that. I feel like, let you be great. If you want to be with other people, go ahead. I’m great by myself.”

She was then asked why Khloe and Kourtney also unfollowed her, to which she responded, “[Kanye] has literally brainwashed the whole family into thinking I don’t even know what. I don’t even know. He talks so much about me being this and that and this and that. I feel like I ran into Travis Scott one night at a club and Travis called Kylie and said that I was hitting on him. That never happened. So, then they were like Kanye says she’s this and then she was hitting on Travis. By the way that never happened. I left with the same people I came with. That never freaking happened. Was he delusional? I know he raps about being the highest in the fucking room. So clearly maybe he was the highest in the fucking room. He imagined all this shit because it never happened. I would never do that, I would never in a billion years do that.”

Find out why, at the time, it was speculated that Kim and her sisters unfollowed Larsa.