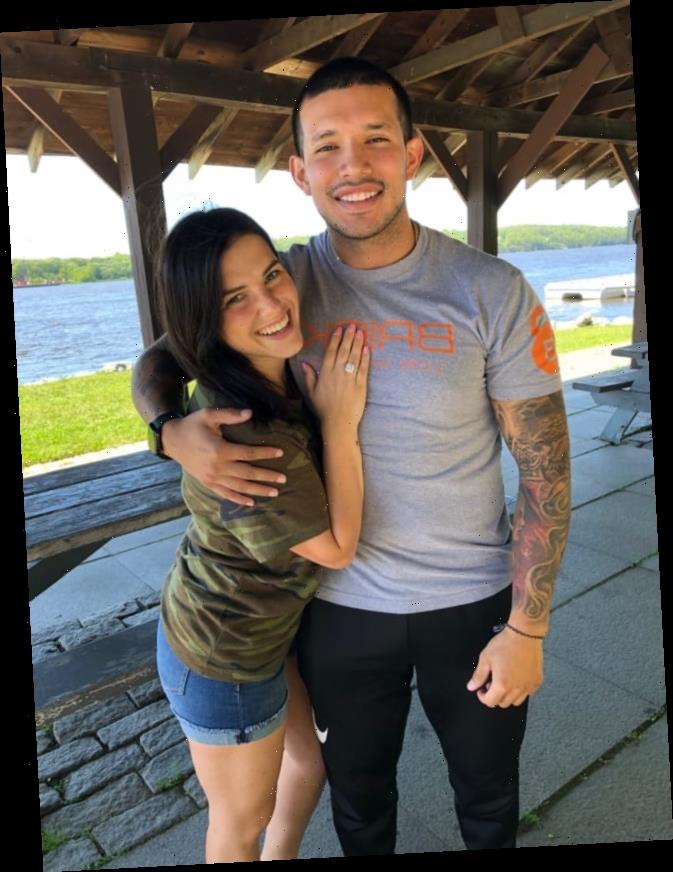 If you’ve been paying attention to the latest Teen Mom 2 drama, you know that despite no longer appearing on the show, Javi Marroquin is at the center of an intense controversy,

On Tuesday’s episode, Kailyn Lowry accused Javi of trying to have sex with her in the parking lot of a Wawa.

If you don’t have Wawas in your area, all you need to know is that they’re convenience stores about n par with 7-11.

So yeah, Javi’s not exactly wining and dining his potential side-pieces.

Of course, Kail’s main problem with the unwanted advance was not the location, but the fact that Javi is engaged to Lauren Comeau, with whom he has a son.

Javi has been caught cheating on Lauren before, and last time, she forgave him following a very brief separation.

Many TM2 fans have been hoping that this would be the final straw.

“The Universe is saying to you today: ‘An important phase is ending in your life’,” reads a  horoscope message shared by Lauren on Thursday.

“This necessary ending will led you to find your true life path and purpose which you are prompted to fully undertake. Keep up the positive energies and expect further prosperity, fulfilment and happiness to enter your life.”

Love her or hate her, Kail does not hav a reputation as a liar, and her comments about Javi’s shenanigans were hard to misinitepret:

“[Javi] pulled into the Wawa parking lot when I was getting gas. He opened the door and said, ‘I want to f— you,’ plain and simple. I said, ‘Bye Javi.’ And I have all the text messages of him trying to meet up,” Lowry alleged.

Lowry says she apolgized to Comeau privately for making the accusation in such a public manner.

For his part, Javi has issued only one statement in which he does not deny the allegations, but instead insists that Kailyn stop talking about him on the show.

“I stopped filming to live my life normally cause I’ve realized my kids life when they get older will suffer if I continue to be apart of this TV show,” he wrote on Instagram.

“Those episodic checks weren’t worth it to me … and I can make a living without it. None of this is worth it to me,” Javi continued.

“We stay out of all of this drama and 100% mind our own business. There is nothing ‘off cameras’ that creates drama. We don’t film. It’s about the kids and that’s what we keep it at,” Marroquin added.

“I’m gonna go back to minding my business and living my life with my family and being the absolute best dad I can be,”

Hmmm … if we were in Lauren’s shoes, we probably would have wanted to read at least one line about how he didn’t actually try and bang Kail in a Wawa parking lot.

Because whether he likes it or not, it seems that Javi’s latest drama will be playing out in public.