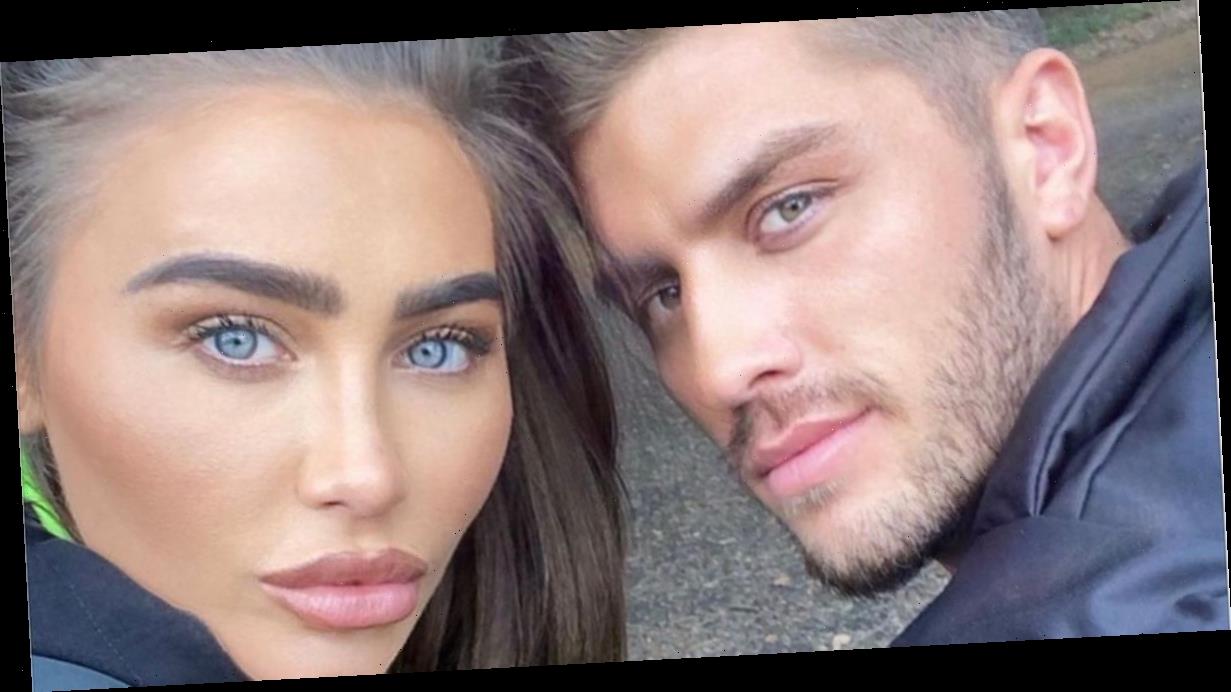 After announcing that she's expecting her first child with boyfriend Charles Drury, Lauren Goodger has shared a picture of her pregnancy test.

The reality star, who was congratulated by celebrity pals Gemma Collins and Marnie Simpson, took to Instagram to share her positive test which she surprised her other half with.

In the picture, the mum-to-be can be seen holding her pregnancy test, with "Hi Daddy" written on one side of it.

In the background, Charles, 23, is fast asleep as Lauren, 34, is behind the camera taking the photo.

She captioned it: "When I did my first pregnancy test at home and surprised Charlie…

"He didn't believe it in happy shock and carried it around all day. I was only 1 or 2 weeks aww."

The former TOWIE star concluded her post by inviting other mothers or expectant mums to share their pregnancy reveal stories.

Lauren said: "Tell me your stories how you knew you was preg." [sic]

The couple officially announced their pregnancy news on Monday and opened up about their journey to becoming a family.

"We were quite sexually active and I'm not on anything [contraceptives] and it happened very soon."

Charles added: "Family has always been such a big thing and I've got friends who have done it from such a young age, and my mum had me at quite a young age as well – at 17.

"It's something that happened naturally and we wanted it straight away. When Lauren told me, it was mixed emotions, but something that I'd always wanted."

The brunette beauty, who called her unborn baby a 'beautiful gift', revealed she's being careful with her pregnancy after previously suffering a miscarriage.

"I don't think I'll relax until the baby is here. I'm going to worry, because I worry anyway," Lauren expressed.

"But I'm just being careful. Because of lockdown everything is cancelled and I'm not running around and I've got time and my body is adjusting and has time to rest, which is perfect."

The pair have had a whirlwind romance after only dating for five months.