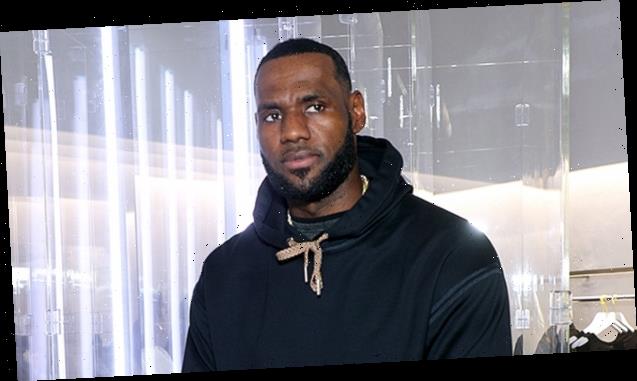 NBA star LeBron James has revealed he won’t play if the league bans fans from attending games over fears of coronavirus spreading.

LeBron James, 35, has talked to reporters about coronavirus fears and how they could affect the NBA. Amid reports the league told teams to start preparing to play games without any fans in attendance, the basketball icon said he wouldn’t be interested in taking the court without a crowd in the stadium. “Play games without the fans?” he told reporters following the Lakers’ victory over the Bucks on March 6. “No. That’s impossible. I ain’t playing.” LeBron then explained that his job as a top athlete is to entertain, and playing basketball in an empty arena would remove some of the motivation he has to play at a high level. “I ain’t got the fans in the crowd. That’s who I play for. I play for my teammates. I play for the fans. That’s what it’s all about,” he said, adding, “If I show up to an arena and there are no fans in there, I ain’t playing. They [the NBA] can do what they want to do.”

If the NBA banned fans from attending games, they would be following the lead of other sports leagues, like the UEFA Champions League and Europa League, which have suspended games in front of crowds to prevent the spread of the coronavirus. The deadly virus, which is causing international panic, has affected NBA players other than Lakers star. In February, the coronavirus hit the Northwest, with the state of Washington reporting at least 12 cases and two deaths. The news forced Portland guard, CJ McCollum to issue a statement explaining that he’s “taking a break” from interacting with fans to avoid contracting the illness.

“The Corona Virus has officially hit Oregon. More specifically Lake Oswego,” the Portland Trail Blazer player tweeted. “Make sure y’all washing y’all hands with soap for 20 or more seconds & covering ya mouths when you cough. I am officially taking a break from signing autographs until further notice.” No official word yet on what the NBA will decide, however it’s safe to say LeBron probably won’t take to the court without fans in the arena.

When he isn’t on the court, LeBron loves spending time with his family, who have recently taken up TikToking! His wife Savannah and their sons Bronny Jr., 15, Bryce Maximus, 12, and daughter Zhuri, 5, crushed a routine of MC Hammer‘s Can’t Touch This in a new TikTok video the Lakers star shared on March 5. We love this family!