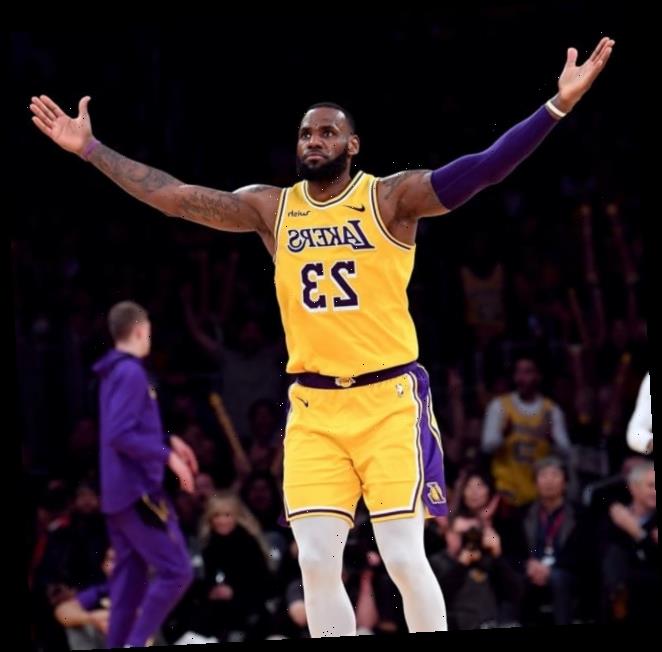 Let’s start out by, once again, emphasizing the following point.

Joe Biden has been elected President of the United States.

Donald Trump and his Republican cronies are simply running a (very dangerous!) public relations campaign by claiming the contrary.

There’s is no legal basis of any kind to overturn the results of the 2020 general election and not a shred of evidence to back up any claims of voter fraud.

We can all exhale now.

The NBA legend captured his fourth championship this year when the Los Angeles Lakers defeated the Miami Heat in six games.

Customarily, the title winners from all American professional sports — basketball, football, hockey and baseball — visit the White House after earning their trophies, meeting the President and being feted at the country’s most famous residence.

It’s quite an honor.

And yet… it’s an honor nearly every team has turned down ever since Donald Trump got elected Commander-in-Chief back in November of 2016.

Because Donald Trump is a racist and a sociopath.

James, for his part, has never hidden his disdain for this President, either.

The superstar has referred to Trump as a “bum” on Twitter in the past, and Trump fired back in August 2018 by referencing an interview James conducted with CNN’s Don Lemon by Tweeting:

Lebron James was just interviewed by the dumbest man on television, Don Lemon. He made Lebron look smart, which isn’t easy to do.

That’s a citation to Michael Jordan, who many believe to have been a better professional basketball player than James.

Fast forward to this week and an exchange James had on Twitter with Draymond Green.

“Yoooo @KingJames y’all can go to the White House and celebrate y’all title G!” the Golden State Warriors power forward wrote to his frenemy, prompting LeBron to respond as follows:

So there we have it, huh?

LeBron is bringing the alchol and the President-Elect best prepare himself to get mad crunked, y’all!

If Trump gets lucky, though, maybe Biden will get drunk enough to pardon him.