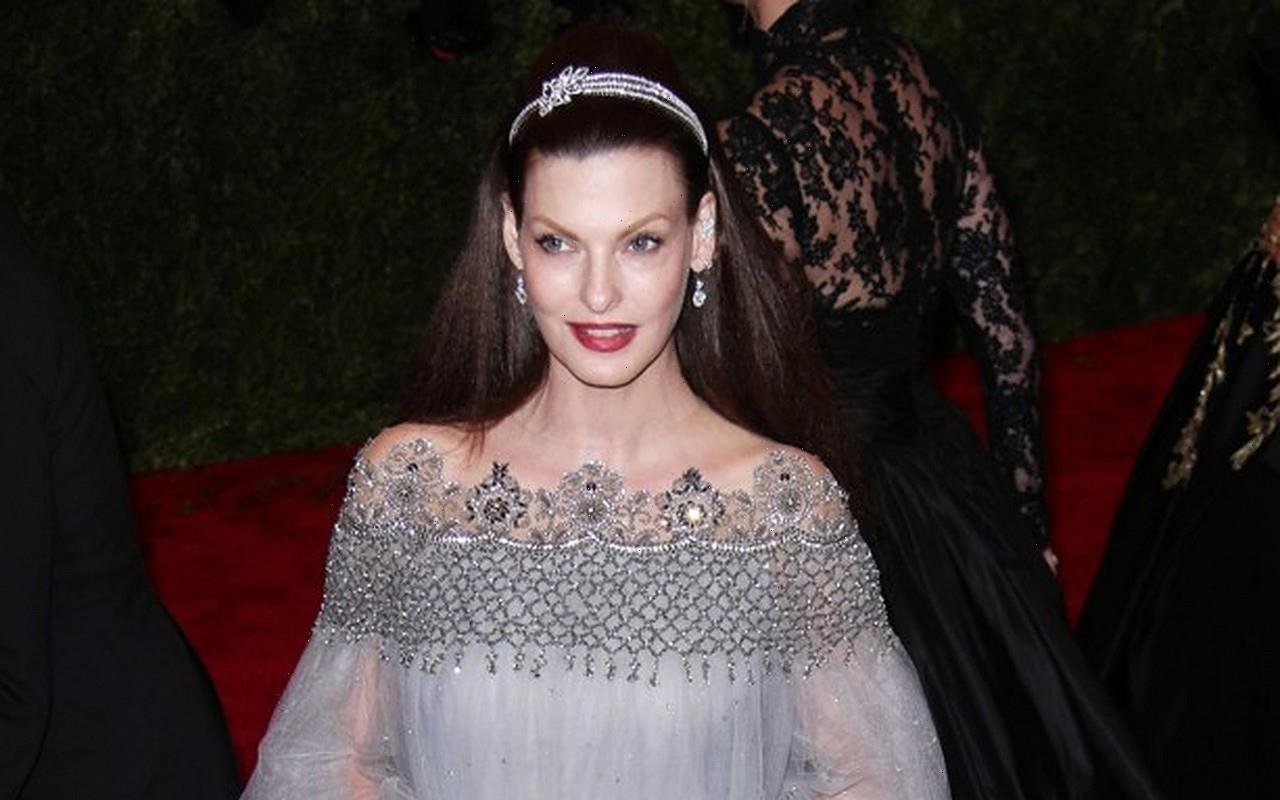 The 56-year-old supermodel is heartbroken by the passing of her beloved dog Mini Moon as she remembers the pet as the one who made her ‘believe in unicorns.’

AceShowbiz –Linda Evangelista has been left devastated by the death of her dog Mini Moon.

The model took to Instagram to share the tragic news that her beloved pooch had passed on.

Alongside the tribute, she shared a cute picture of the black dog wearing a unicorn horn and wrote in the caption, “Because of you, I believe in unicorns…”

“Sleep with the angels my Mini Moon,” added the beauty. “You were there for me when I needed you most.”

“So very difficult to imagine moving forward without my shadow following.”

It’s been a difficult year for the former supermodel, who took to Instagram last month (Sep21) to tell fans she planned to sue a medical device company after claiming she has been left “permanently deformed” by one of their cosmetic procedures.

“To my followers who have wondered why I have not been working while my peers’ careers have been thriving, the reason is that I was brutally disfigured by Zeltiq’s CoolSculpting procedure which did the opposite of what it promised,” she wrote.

The procedure, called cryolipolysis, is meant to freeze fat cells in targeted parts of the body to remove areas of body fat.

However, Linda continued, “It increased, not decreased, my fat cells and left me permanently deformed even after undergoing two painful, unsuccessful corrective surgeries. I have been left, as the media has described, ‘unrecognisable.’ “

Since the procedure, Linda has suffered from Paradoxical Adipose Hyperplasia (PAH), which causes hardened areas of fat to develop, “a risk which (she) was not made aware of before (she) had the procedures.”

“Today, I took a big step towards righting a wrong that I have suffered and have kept to myself for over five years,” she explained of the legal filing.

“With this lawsuit, I am moving forward to rid myself of the shame, and going public with my story. I’m so tired of living this way. I would like to walk out my door with my head held high, despite not looking like myself any longer.”