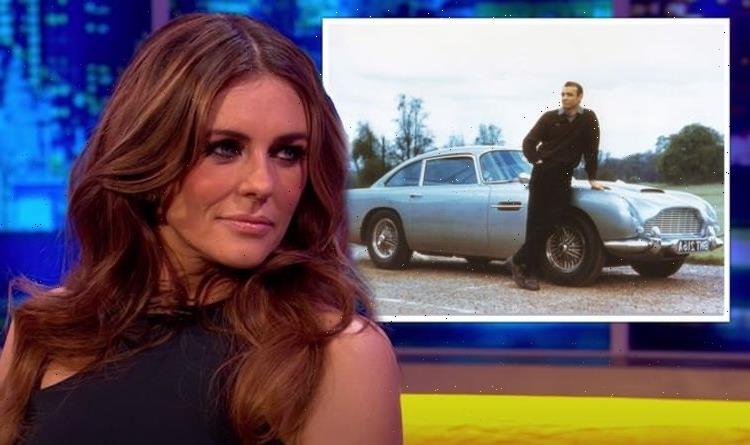 Investigators and fans have been scratching their heads for over 20 years following the disappearance of an essential piece of James Bond’s history. The silver Aston Martin DB5, driven by Sir Sean Connery in Goldfinger, went missing from its home and has never been seen since.

The runway lights were also automated, and could be switched on by the approaching plane without anyone on the ground.

Arguably the most famous Aston Martin of all, the famous silver car had belonged to real estate and car agent Anthony Pugliese III, before its shock disappearance.

Pugliese had initially paid just £200,000 for the car at an auction in New York back in 1986, with his insurers paying out £3million after the theft.

More than two decades later, a reward of £72,000 is being offered by the insurance firm for any information about the disappearance.

The car is now estimated to be worth more than £18 million due to its heritage and modifications for the James Bond film.

However, it vanished from a private jet hangar in 1997, where it was being stored, and while many have speculated, the vehicle has never been seen again.

Now, model and actress Liz Hurley, 56, has shed light on what she believes truly happened one dark night at Boca Raton Airport in Florida, US, claiming that the car’s disappearance may have been an “airside” job due to a lack of security at the airport.

Speaking on The Most Famous Car In The World podcast, hosted by Liz herself, The Royals actress claimed that Antony Pugliese had declined an interview request.

She went on to add that in an article shared by The South Florida Sentinel several months after the event, Pugliese is quoted as saying the DB5 may have been flown out of America.

Discussing the situation, investigative journalist Adam Luck told Liz: “You’d think there’d be a paper trail for any investigating police officer to just come along and have a look at it.

“But we spoke to the airport manager and the businessman that rented the hangar to Mr Pugliese and the manager of the fuel concession, and some of what they had to say seemed to lend some plausibility to this cargo plane theory.”

He added: “We tracked down the airport manager Nelson Rhodes, and he said there was no Air Control tower, so really there was no paper trail. In other words, planes were free to land and leave as they saw fit at Boca Raton at that time.”

Boca Raton Airport, at the time, was not manned by an air traffic controller, meaning that aircrafts flying below a certain height were able to go undetected by radars.

Adding fuel to the fire, Liz went on to claim: “The runway lights were also automated, and could be switched on by the approaching plane without anyone on the ground.”

Discussing airport manager Nelson Rhodes, Adam went on to add: “Mr Rhodes also said that post-9/11, the security and all those kinds of issues were tightened up, but at that point, it was all pretty lax.

“Another note of incredulity for me was that he said he wasn’t even sure he’d have received a report that a plane had landed. He thought he would, particularly if it was a plane of that size, but he couldn’t be sure.”

However, there is no suggestion that Nelson Rhodes was involved in the disappearance of the Aston Martin.

Meanwhile, Adam claimed that Harry Whittle, owner of the hangar where the famous DB5 was held, doesn’t believe it was “astonishing” that cargo aircraft, a Hercules c130, could land at the airport, adding it was “perfectly capable of doing so”.

While the mystery disappearance still leaves investigators baffled, it has been reported that the car with the chassis tag DP/216/1 had been kept in a secret location in the Middle East, although the exact location is unknown.

Lead investigator Christopher Marinello said: “I believe that this car has been exhibited in the Middle East before.

“I’m of the impression the current possessor would like to show it off.”

He added: “I’ve had reports that it may have been lent to Bahrain and of it being in Kuwait.