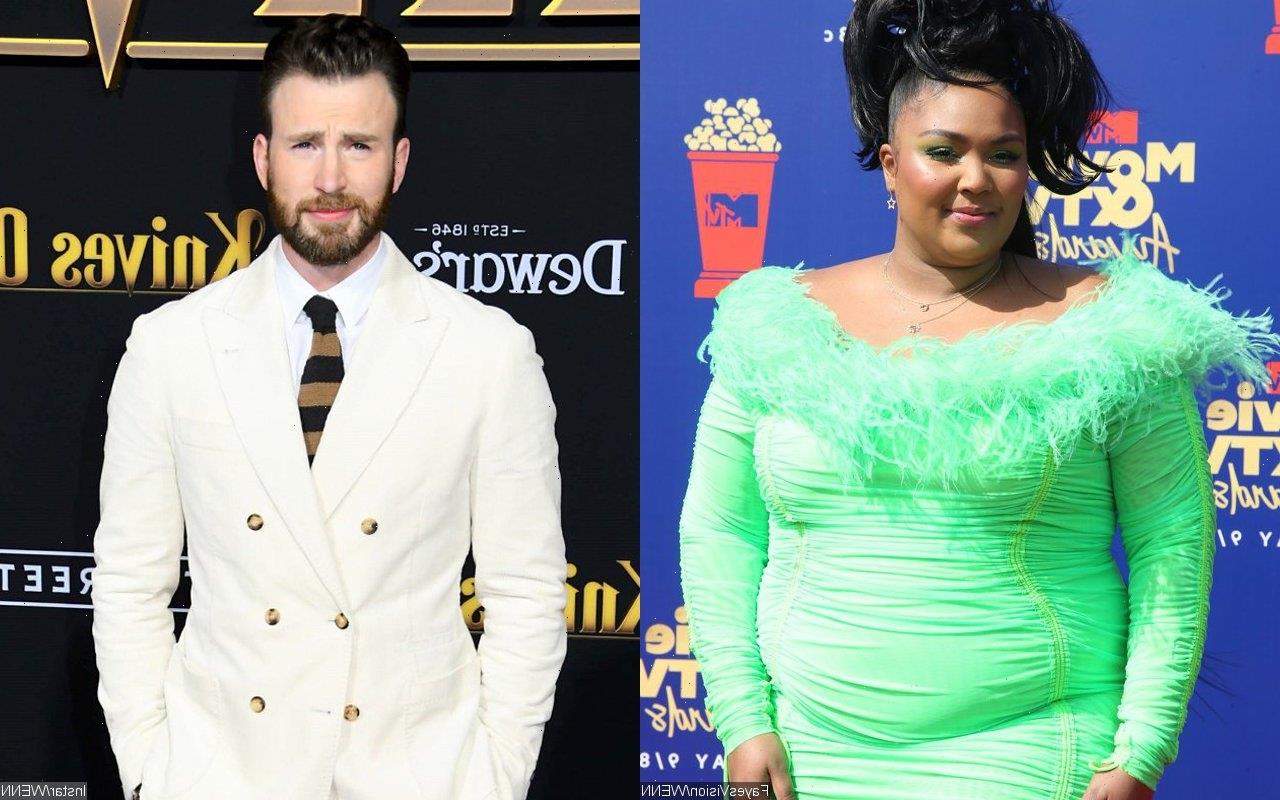 The ‘Good as Hell’ hitmaker shows off a faux-baby bump while responding to a TikTok user’s video that mixes her and the ‘Captain America: The First Avenger’ actor’s face.

AceShowbiz –Lizzo continues her joke about having a baby with Chris Evans. After a TikTok fan made her an art showing what her and the “Captain America: The First Avenger” star’s baby would look like, the “Truth Hurts” rapper didn’t waste time to react in a hilarious way.

Earlier this month, TikTok user @maryscartoons shared a video on the social media app that showed what a baby between the 33-year-old musician and the 40-year-old hunk might look like. In the clip that is set to her new song “Rumors” featuring Cardi B, a narrator could be heard saying, “Mixing Lizzo and Chris Evans to see what their kid would look like.”

Lizzo could be seen focusing on the art for nearly the whole video. However, at the end of the short clip, she hilariously showed off a faux-baby bump. “WAIT A DAMN MIN,” she captioned her TikTok post.

Lizzo’s hilarious TikTok video came after she teased fans that she was pregnant with Chris’ child late last month. At the time, the “Juice” singer blurted out the joke in response to a fan on TikTok, after previously revealing that she’d drunkenly slid into his direct messages on Twitter. “Lizzo baby … we know you’re [pregnant] and we know it’s Chris Evans’ now spill the tea,” the fan teased in their comment.

Lizzo then replied with a funny TikTok video. She said, “This is something I’ve been trying to keep really personal and private, just between me and the father of my child, but since we’re airing out all the rumors today,” with music from “Captain America” playing in the background. She then backed away from the camera and pushed out her belly, proclaiming as she rubbed her midsection, “I’ve been sucking in. We’re gonna have a little America!”

A few days later, Chris responded to Lizzo’s TikTok joke via direct message, “Hi! Just heard about our little bundle of joy my mother will be so happy lol. (Just promise me no gender reveal parties lol).” The “Good as Hell” femcee then made a video with the screenshot of the DM. In the caption, she wrote, “OMG YALL – HE SAW THE BABY BUMP! WE DID IT! NOW YALL GOTTA NAME LIL MERICA!!!!! WHAT YALL BOUTA NAME BY BABY ?!”