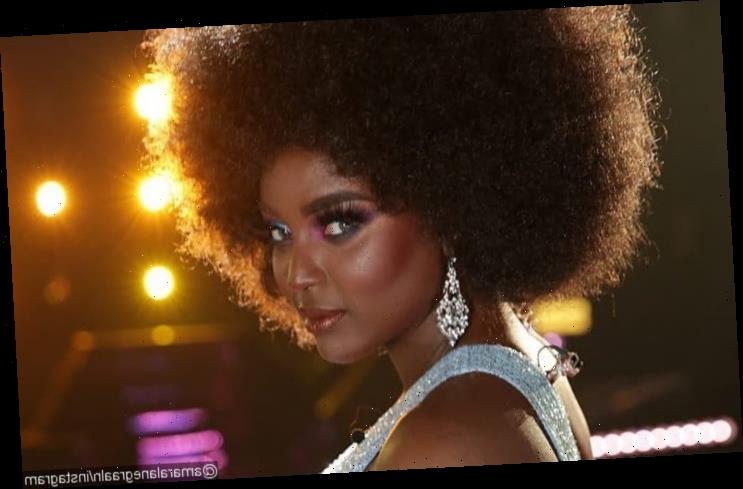 The ‘LHH: Miami’ star trades her big curly hair for a straight blonde wig ‘to be open minded into try different things,’ but some of her fans are against it.

AceShowbiz -People are not having it after Amara La Negra ditched her signature Afro for a new hairstyle. The “Love & Hip Hop: Miami” star recently debuted her straight blonde hair on Instagram, citing her desire for a change as the reason for her to try on the new look.

“This Season I Wanted to Try different Hairstyles..,” she explained in the caption of the photos she shared on Monday, March 2. “Some Worked out! Some didn’t! I just wanted to be open minded into try different things even tho my Afro Will Always be my signature look.”

Admitting that she feels “more comfortable” and feels “more like myself” with her natural Afro, Amara still proudly displayed her new wig while crediting her hairstylist, “But @dramaticgroup Pulled my hair looks this season on #lhhpmia.”

But many of Amara’s fans don’t like her new look. Taking to the comment section, they have shown their dislike to her straight blonde hair. “Naw keep it kinky and connected to the universe,” one reacted to the new hairstyle.

Another shared her/his opinion, “Your skin tone looks nice with blonde, but this wig isn’t getting it for you, not being mean, just expressing my feelings. Your beautiful girlfriend!” A third user told the reality TV star, “This ain’t it sis.”

Someone said Amara looked “nice” with the wig, but still wants her to “bring that curly natural hair back.” Another person simply wrote, “Uhm…. NO,” to express her/his feelings.

There were still others who remain supportive of Amara, regardless how she looks. “Being different is great! Me gusta mama,” one praised her for daring to change. “That fake afro has to go….you dont always have to wear that…its boring,” another supported her decision. “You look like beautiful Barbie doll !!” a fan gushed, while one other added, “You look great.”

Her new hair aside, Amara’s relationship with boyfriend Emjay took the center stage in the latest episode of “LHH: Miami” as she dumped him for being lazy and willing to live off his girlfriend forever.

Seemingly addressing her breakup, she later posted a positive message on Instagram, “I refuse to let anything bring me down! I have so many things to be grateful for including all the people that love me and support me and I have so many big moves I’m doing this year! I’m focused and determined! On My priorities and my purpose!”

“Everything shall pass and this will only be a memory and learning experience in every aspect!” she continued. “No matter what you do in life people always have something to say! And they will judge you without knowing the true story…”