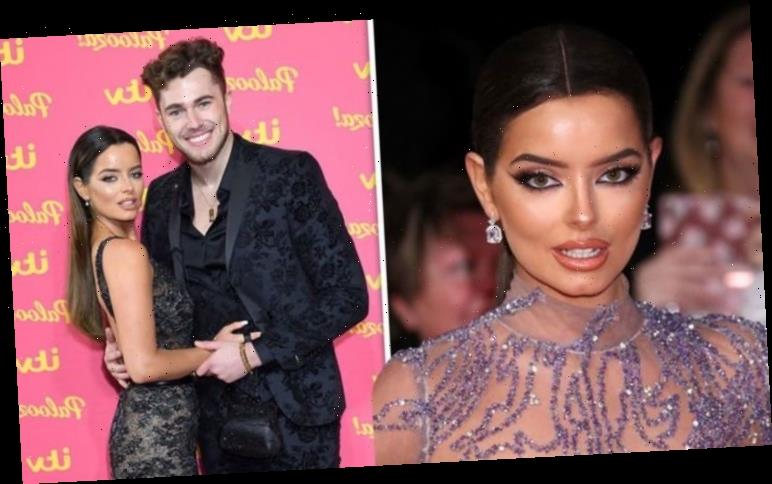 Dancing on Ice contestant Maura Higgins, 29, took to her Instagram stories to confirm the news admitting that she and Curtis Pritchard, 24, “couldn’t make it work”. The former couple first laid eyes on each other on the ITV2 show Love Island in 2019.

In view of her 2.8 million followers, Maura wrote: “Curtis and I have made the decision to separate. We enjoyed a great experience from our time in the villa and want to thank everyone for supporting our relationship.

“There is no easy way to get through a breakup and no bad feeling on either side.

“We tried to make it work but it wasn’t to be and I wish Curtis nothing but the best for the future.”

Maura finished off the post with an emoji of a broken heart. 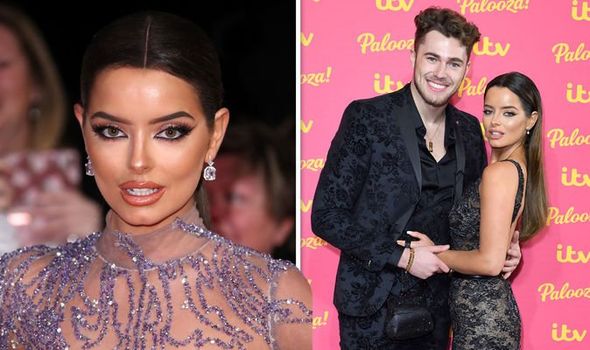 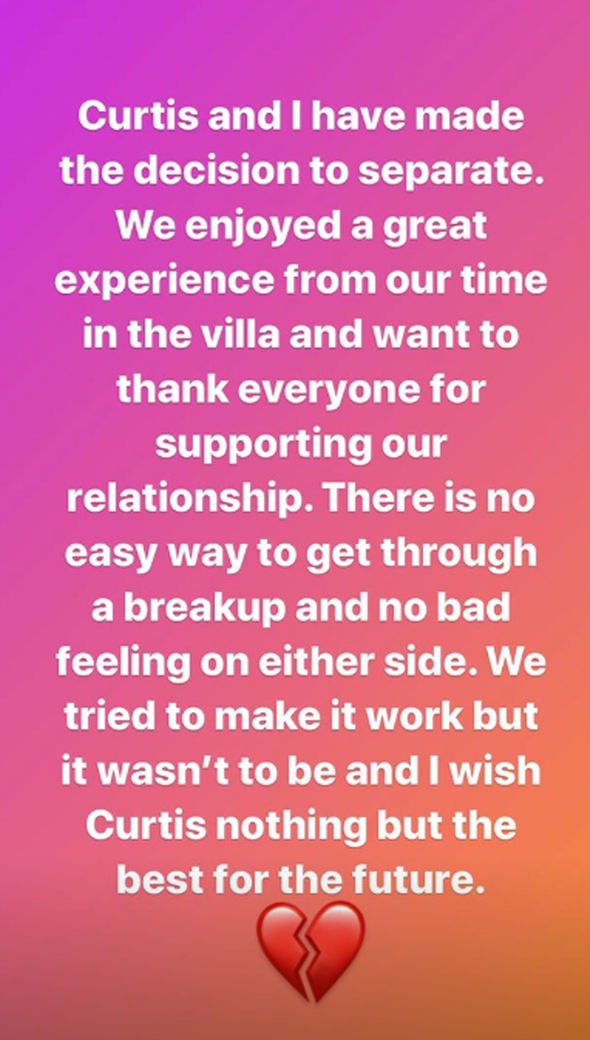 But her former beau Curtis is yet to speak publicly about the news.

Their split comes after the former couple were not pictured together in over a month after they attended the National Television Awards on January 28.

According to The Mirror, the pair’s representatives denied that they’d broken up after fans questioned why they hadn’t been seen together in a while.

Curtis and Maura, who both appeared on Love Island, are one of the few couples to have stayed together following the series. 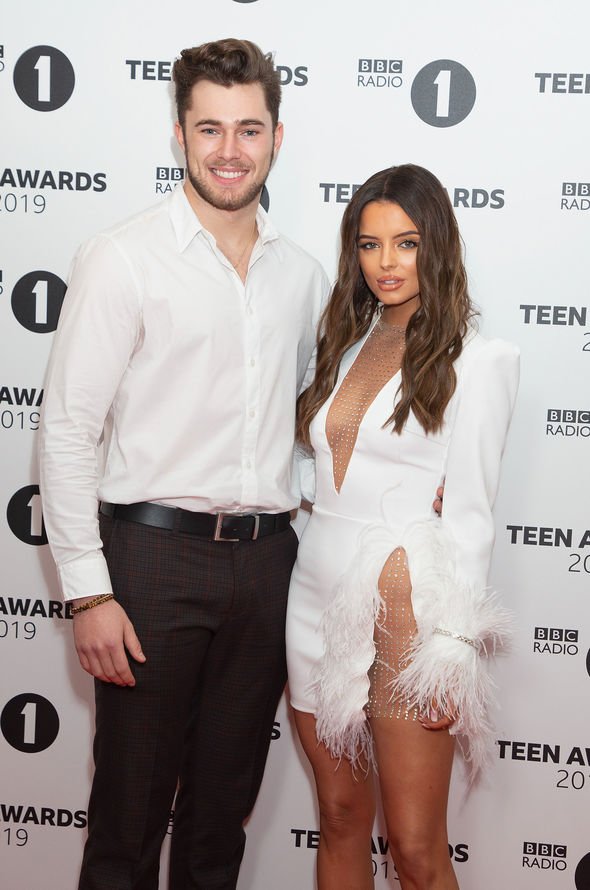 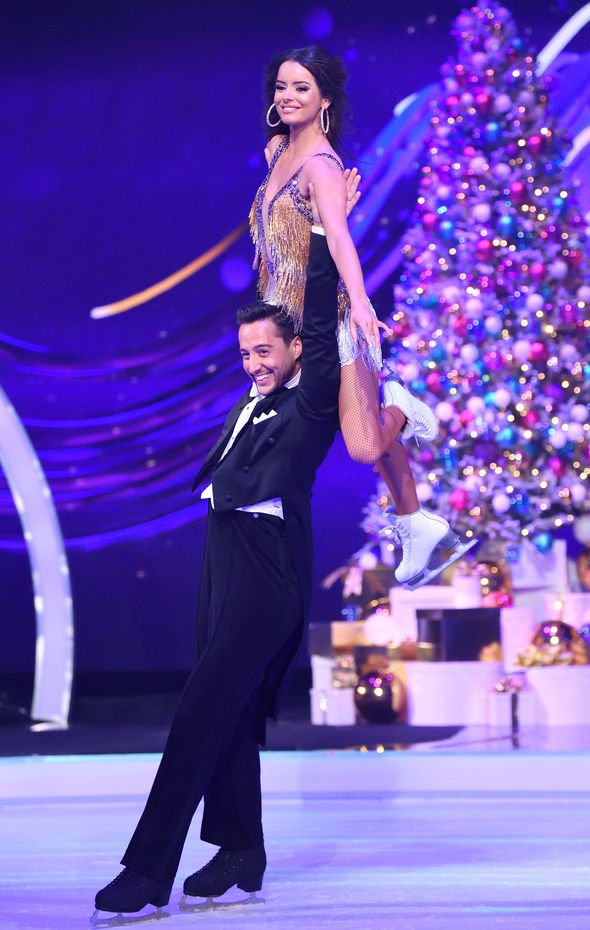 The Greatest Dancer star has previously dismissed claims that there was trouble in paradise for the lovebirds.

Curtis detailed in the past how the couple have struggled to find time to see each other with such hectic schedules.

He admitted: “We have been all over the place right now, she will either try and come to me or I will try and come to her because she’s in Dancing On Ice and I’ve been boxing, so we are just scattered everywhere.

“We are not struggling with the relationship or anything like that, we are in a great place, but time management is a crucial thing.”

Maura has also addressed their hectic schedules in an interview with Heat magazine but insisted that “things couldn’t be better” between her and Curtis.

She said: “Things are going really, really well. We’re not living together, but we see each other as much as we can.”

The ITV skater added: “Things couldn’t be better with him.”

Maura recently took part in the ITV show Dancing On Ice but was eliminated from the competition earlier this month.

Her former boyfriend Curtis currently is working on the latest BBC series of The Greatest Dancer.

However, Molly-Mae Hague and her boyfriend Tommy Fury are still going strong following their time on Love Island.