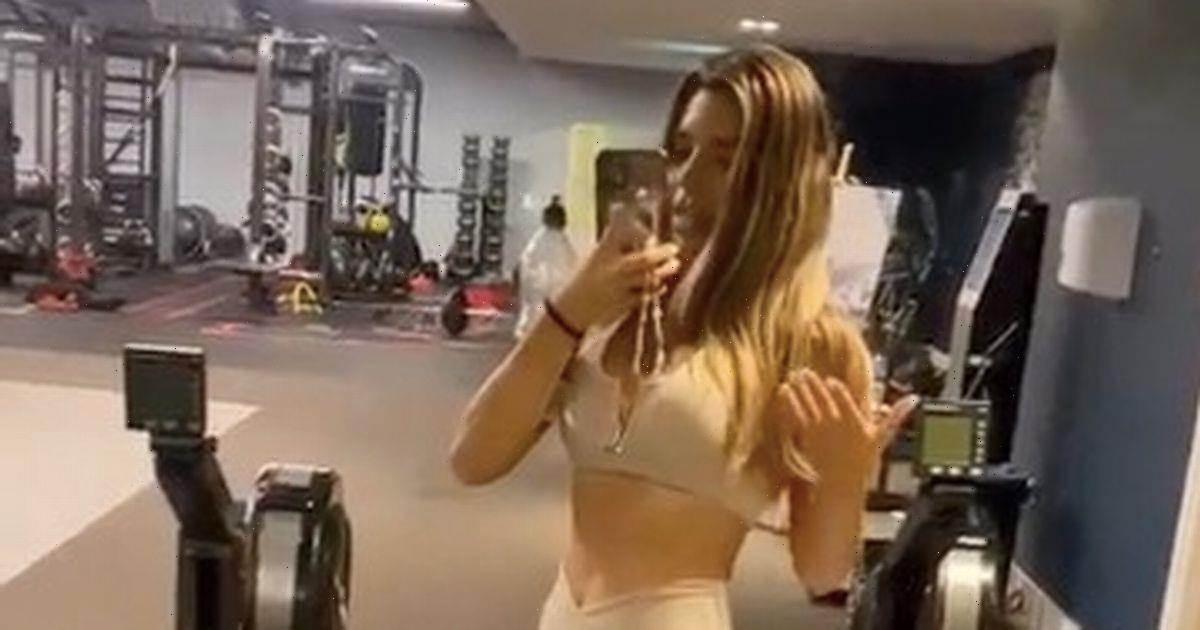 Love Island 's Ekin-Su Cülcüloğlu has slammed claims that she Photoshops her pictures, as she defiantly posted a video from the gym mid workout.

The Turkish beauty, who won the latest series of the ITV2 dating show with boyfriend Davide Sanclimenti, was documenting her trip to the gym on Friday night, when she denied that she edits her images.

Ekin-Su, 27, had asked her followers how their Friday night was going, revealing that hers was spent in the gym and talking through her routine.

However, she later took a break from her workout to slam speculation that she Photoshops pictures of her body on her Instagram.

Filming herself in a mirror as she wore a cream crop top with matching leggings, Ekin-Su said: "OK so, I know this is silly and I don't need to prove a point, but people think I am doing Photoshop and I'm really not doing Photoshop on my body at all.

She then zoomed in on her figure, showing off her toned stomach, saying: "This is me no filter, no Photoshop."

Denying the claims yet again, she also captioned the video: "I don't use Photoshop guys. I promise", followed by a confused emoji.

It came just hours after she vowed to ditch filters on her social media, saying she was keen to set a better example for young women.

Taking to her Instagram stories, the star announced: "I’ve also decided I’m not going to be using filters anymore."

She added: "No. I think it’s a bad example for all the women out there and young girls. So no more filters."

Ekin-Su has been super busy since she left the villa, with the beauty and Italian hunk Davide landing their very own ITV2 travel show around Italy and Turkey.

During the trip, the couple will sample everything from local cuisine to bustling culture, while even taking a detour to meet their respective families.

The witty couple, who won the hearts of the nation with their hilarious banter and iconic one-liners, announced the news on the Big Breakfast to hosts Mo Gilligan and AJ Odudu.