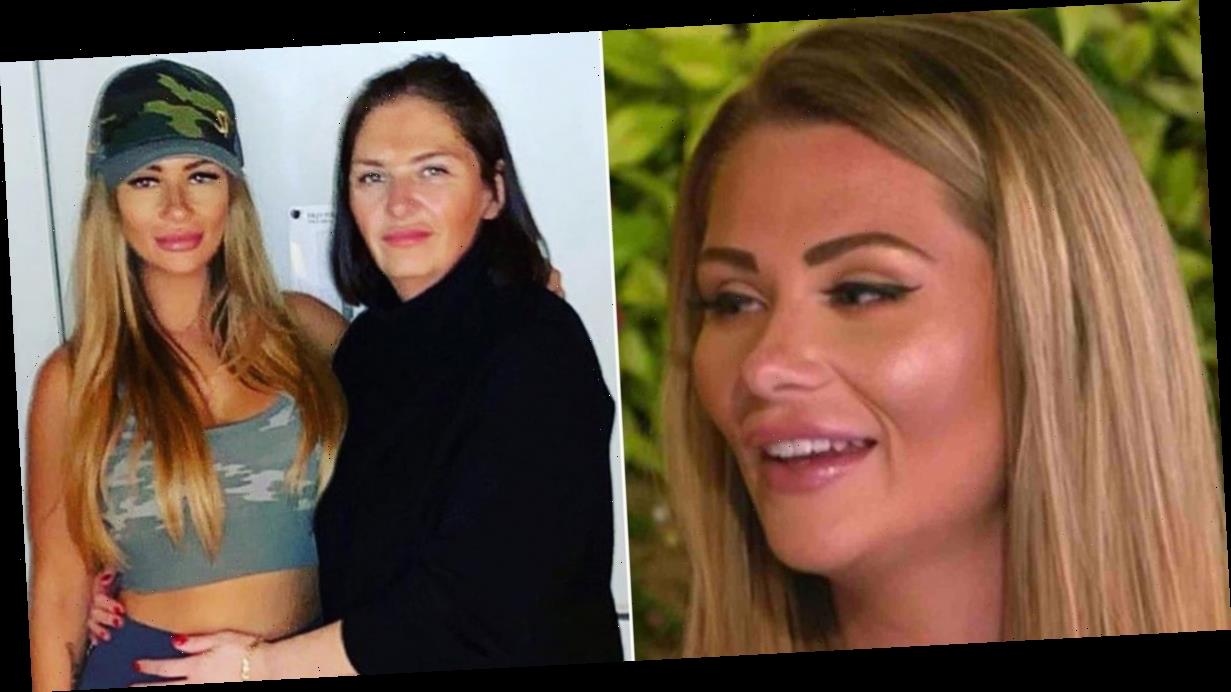 Shaughna Phillips has stunned fans by sharing a gorgeous photo of herself posing with her lookalike mum.

The 25 year old rose to fame on Love Island earlier this year, becoming a fan favourite thanks to the heartbreak she suffered by Callum Jones.

But since leaving the villa, Shaughna is focussing on her family, and has posted an image of herself embracing her stunning mother.

She also dons a camouflage print baseball cap, which her dark blonde locks fall from.

Shaughna, who was dumped from the South African villa after failing to woo Luke Mabbott, rests an arm on her mum Tracy's shoulder.

Tracy, who looks the spitting image of her beautiful daughter, wears a black jumper for the snapshot, which she teams with a pair of navy blue jeans.

She rests one hand on Shaughna's stomach, bringing her other arm around her daughter's waist.

Shaughna captioned the image with a touching quote which reads: "A mother is she who can take the place of all others, but whose place no one else can take."

Fans were quick to notice the resemblance between the parent and her child, with one writing: "Wow you look like your mum."

A second added: "Your mum’s too cute!! Big up Tracy," with a third commenting: "Omg use look the same [sic]"

A fourth chimed: "You guys look so alike," alongside a heart eyes emoji, with another writing: "You're the image of her."

Since arriving home from the villa, Shaughna has enjoyed a night with her former Love Island co-stars at a lavish homecoming party.

The reality star partied the night away at the soiree held in the Prince of Wales pub near Elephant and Castle, which was decked out in balloons, flowers and a glittering silver backdrop.

Shaughna looked as glam as ever at the event, wearing a gold mini dress at the party which was attended by her Love Island co-stars Jess and Eve Gale, Casa Amor's Alexi Eraclides and Jordan Waobikeze, Sophie Piper, Priscilla Anyabu and Mike Boateng.

She kicked off the night with a glamorous picture wearing the glittering long-sleeved dress by Doll's House with the cleavage slashed to the waist.

"No glitter, just gold," she said of the £320 dress in the caption as she posed on the stairs at her home in a pair of heels.