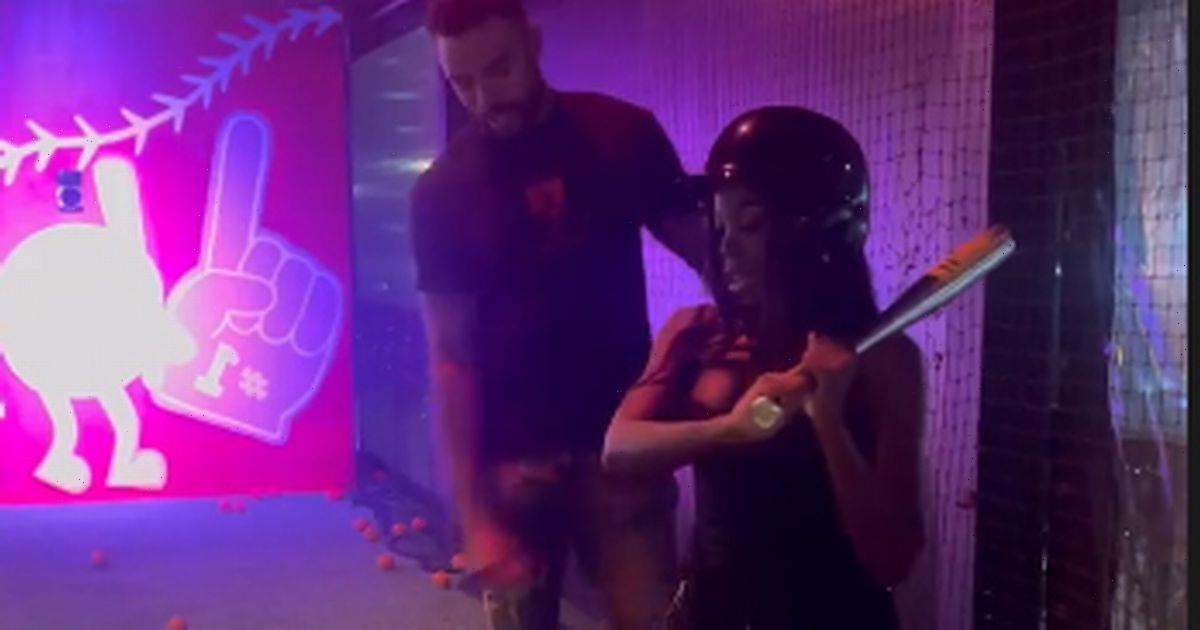 Love Island finalists Kaz Kamwi and Tyler Cruickshank took to Instagram to share some highlights of their fun date night where they had a go at a batting cage in Croydon on Friday 24 September.

The pair both took to their Instagram stories to show snippets of their night at Boxpark in Croydon where they grabbed a bat and had a go at hitting some balls in a batting cage before sitting down to enjoy a meal together.

Kaz, 26, can be seen with a helmet on and bat in hand as her boyfriend Tyler, also 26, gives her some direction on how best to swing the bat. He can be seen swerving out the way at one point as Kaz swings the bat as she cheekily aims for his head.

To get all the latest gossip on Kaz and Tyler, sign up for OK!'s daily newsletter here.

As the loved-up pair settle down for a meal after their batting fun, Tyler cheekily grabs one of the dishes on the table and Kaz says: “That’s never mine?” as she rolls her eyes and laughs.

The couple, who came fourth in this year’s popular reality show, have gone from strength to strength since leaving the villa and have even spoken about having children together in the future.

While stopping off to speak to the Capital Xtra’s presenter Will Njobvu earlier this month, Kaz also revealed she and her estate agent boyfriend have already “discussed” names.

Asked by the presenter whether marriage or children are on the cards, Tyler began with the diplomatic approach.

“Listen. Well, I said this in the show. I wanted my next relationship to be my last one,” he replied. “You know, I mean, I'm serious about relationships. As is Kaz.

“But again, we just we just play things by ear, you know, we are on the same page and we're kind of taking things at our own pace."

Tyler added: “As we was in the Villa. You know? Yeah I mean…”

But blogger Kaz got straight to it as she declared: “Yeah. Two babies.”

Laughing, Will asked the couple, whohave been enjoying going on dates since their exit from the villa, to explain further.

Kaz nodded she wanted a boy and a girl, but insisted it wouldn’t be for a “couple of years”.

Tyler then prompted his girlfriend to go even further as he brought up that they’d discussed potential names for their future offspring too.