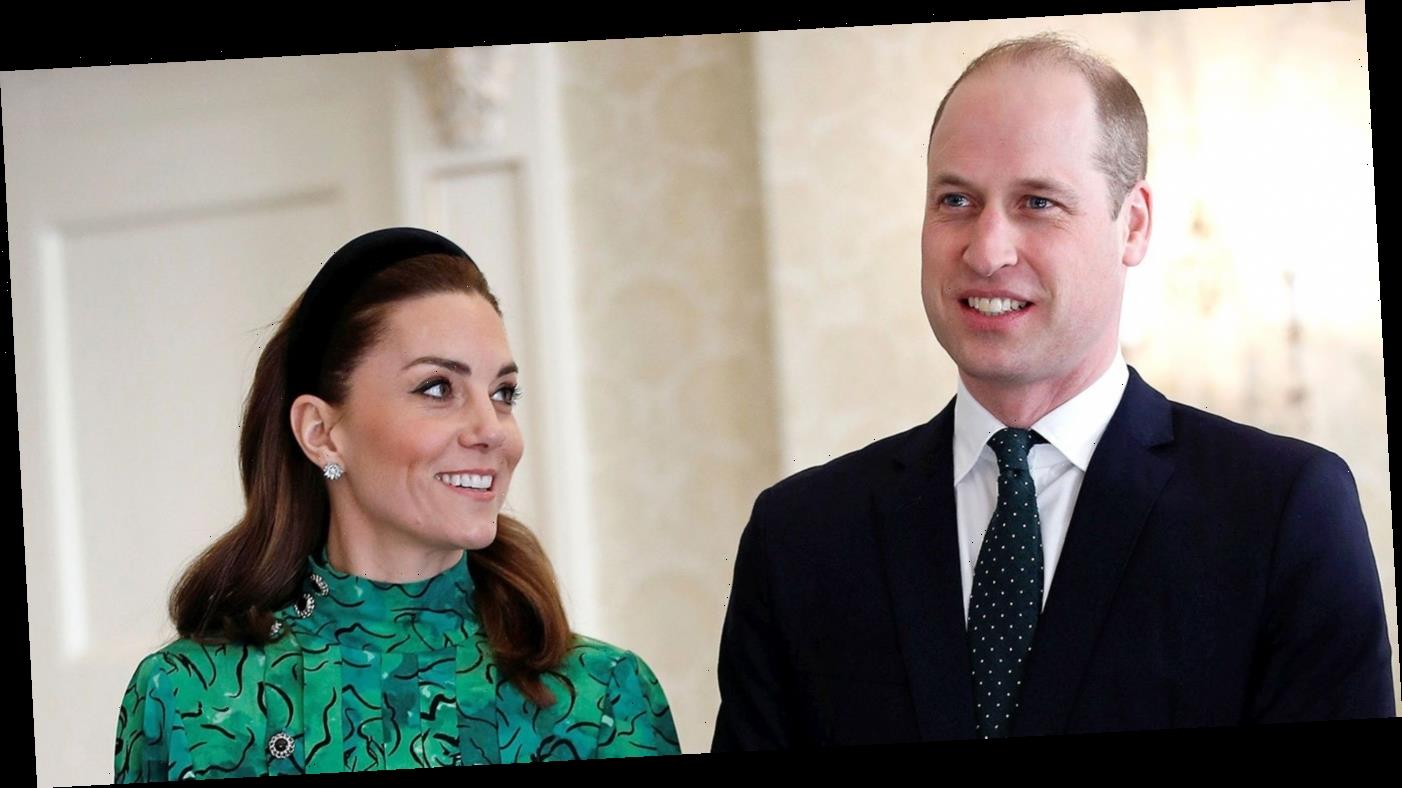 The royals take Ireland! Prince William and Duchess Kate arrived in Dublin for their three-day royal visit on Tuesday, March 3.

The couple were spotted exiting their commercial flight at the Dublin International Airport on Tuesday. According to reports, William, 37, and Kate, 38, flew with tight security on an Aer Lingus flight.

While the Duchess of Cambridge rocked an emerald green Catherine Walker coat and bright green dress, the Duke of Cambridge wore a black suit and polka dot tie.

William and Kate have a packed itinerary for their trip, which kicked off with a greeting from the President of Ireland, Michael Higgins. After signing the visitors’ book, the twosome chatted with the president and his wife, Sabina Coyne, and the Irish Ambassador to the U.K. Adrian O’Neill.

The duke and duchess’ royal engagements in Ireland come after they took a quick break last month to spend more time with their children Prince George, 6, Princess Charlotte, 4, and Prince Louis, 23 months. The pair have an action-packed schedule now that Prince Harry and Meghan Markle have stepped back from their senior royal duties.

“The Cambridges are busier than ever since Harry and Meghan left the U.K. You’d think their hectic schedule would put strain on the marriage, but it’s actually brought them closer together,” an insider told Us Weekly last month. “Working as a team and supporting each other is essential at a time like this, and that’s exactly what they’re doing.”

Later this month, William and Kate are set to reunite with Harry, 35, and Meghan, 38, for the first time since the Duke and Duchess of Sussex announced their plans to spend more time in Canada. Buckingham Palace confirmed on Monday, March 2, that all four members of the royal family will be present at the Commonwealth Service at Westminster Abbey in London on March 9 with Queen Elizabeth II, who is the Head of the Commonwealth, Prince Charles and Duchess Camilla.

Scroll through to see the photos of William and Kate in Ireland: