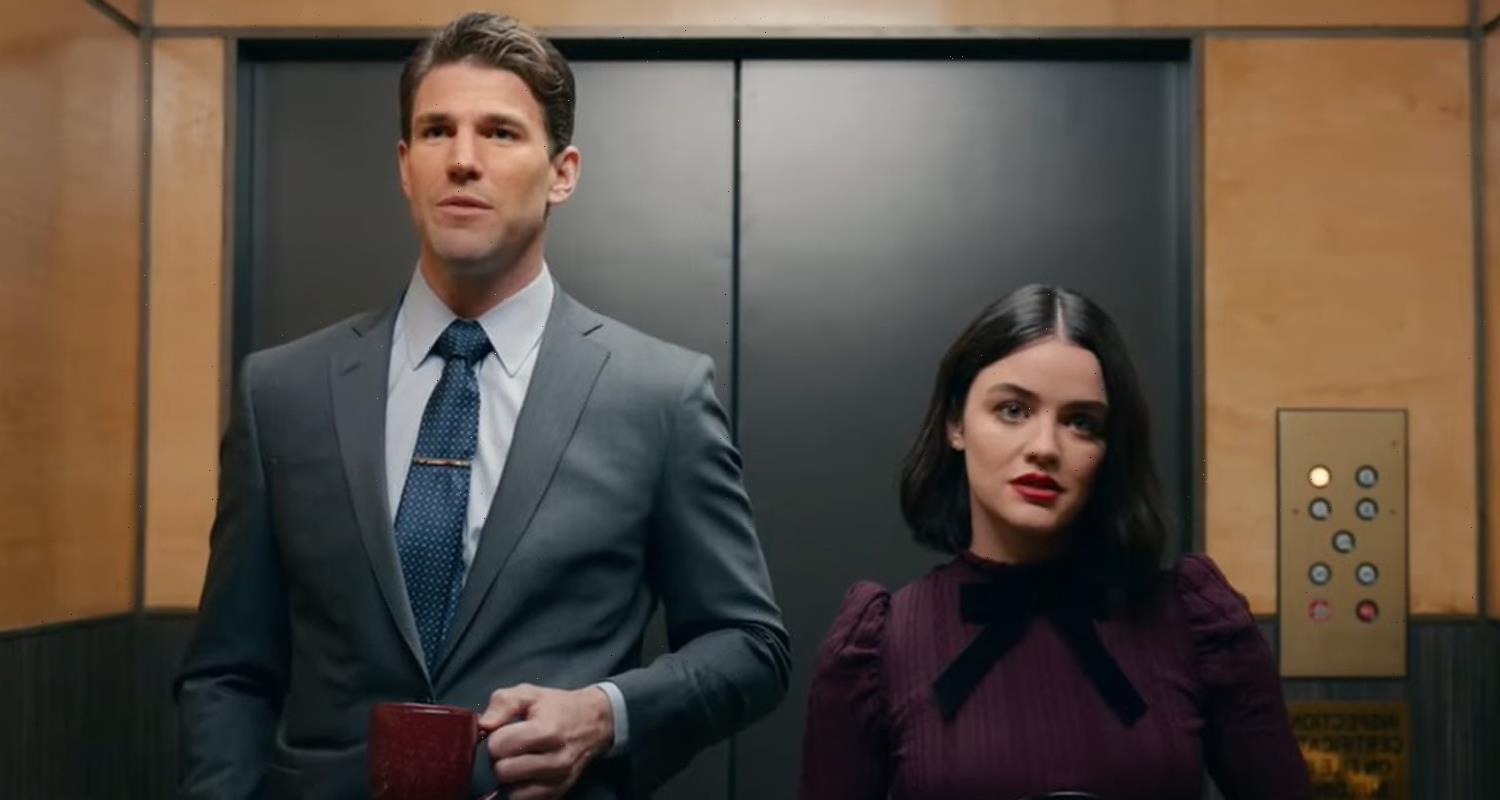 The actress stars alongside Austin Stowell in the rom-com, which is based off of the book of the same name by Sally Thorne.

Check out the trailer inside…

Here’s a synopsis: Resolving to achieve professional success without compromising her ethics, Lucy (Hale) embarks on a ruthless game of one-upmanship against cold and efficient nemesis Joshua (Stowell), a rivalry that is complicated by her growing attraction to him.

The Hating Game, which was filmed in November/December 2020, will be released in select theaters and on demand on December 10th.

This isn’t the only project Lucy has coming up. Her new series Ragdoll is premiering next week, and she will star in the upcoming thriller movie Borrego, which filmed last fall.