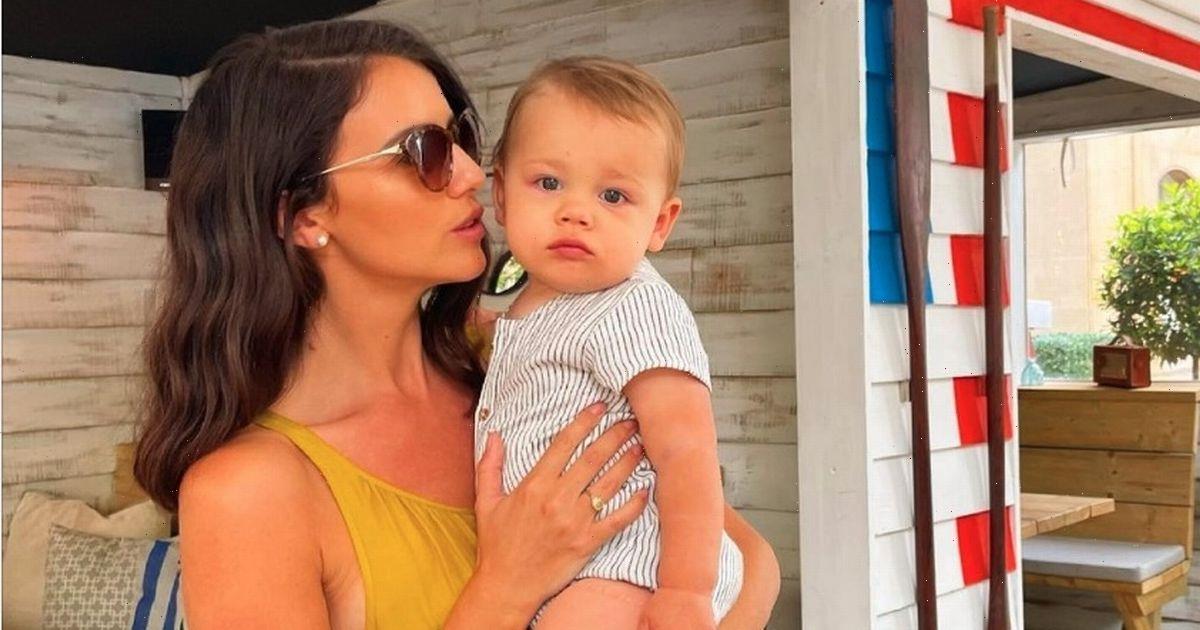 Lucy Mecklenburgh has shared a heartbreaking post detailing the painful truth of becoming a mother during the ongoing coronavirus pandemic.

The 29 year old, whose tooth recently went "complete black" after it died following a root canal, gave birth to her baby boy when the deadly bug was just starting to spread across the UK in March 2020.

The star and her 37 year old other half Ryan Thomas had no choice but to go into isolation after welcoming their little bundle of joy and didn't have the same level of support new parents tend to have with family and friends.

While the country is opening back up again following three lockdown periods, many parents are still left in the same position as the pair were in.

In light of this, the reality star took to her Instagram stories to share a candid moment she experienced when her baby boy Roman was just three months old.

Lucy posted a photo of herself wearing a grey and white thin strapped top while Roman, now one, donned a matching black and white striped T-shirt while breastfeeding.

The upsetting image showed the mum-of-one with streaks of mascara running down her face after appearing to cry.

Over this, she wrote: "'one year ago' memory on my photos just popped up. 3 month old Roman fully in lockdown feeling very much alone, sleep deprived & overwhelmed."

Lucy, who recently shared an adorable video of her son walking, continued: "I wanted to share as I know there will be new mums feeling like this right now & I can promise you it gets easier. For me it got more manageable, more enjoyable, less repetitive & less demanding."

She added: "It was hard to reach out for help/support then but now please do!" followed by a yellow heart emoji and a pregnant woman emoji.

It comes after the former TOWIE star was recently praised as she shared a candid photo of herself working out while breastfeeding her boy.

In the image Lucy could be seen laying on the floor in a grey and white floral patterned two-piece gym-wear set.

She could be seen in the middle of doing some crunches while laying on a plush grey rug while her son Roman was feeding from her left breast.

As she posted the photo on her Instagram page, she wrote in the caption: "Mama multitasking at its best!! Bicycle crunches & breastfeeding," followed by a series of laughing, clapping and heart emojis. She added: "so glad @ryanthomas84 got this photo! I love it".

One fan marvelled at the snap: "That is impressive" alongside a heart eye emoji.

Another cheered: "Go Mama" next to a bicep flexing emoji and pink heart emoji, while a third asked: "How on earth do you do that?! I struggle with my chunk balanced on a pillow!"