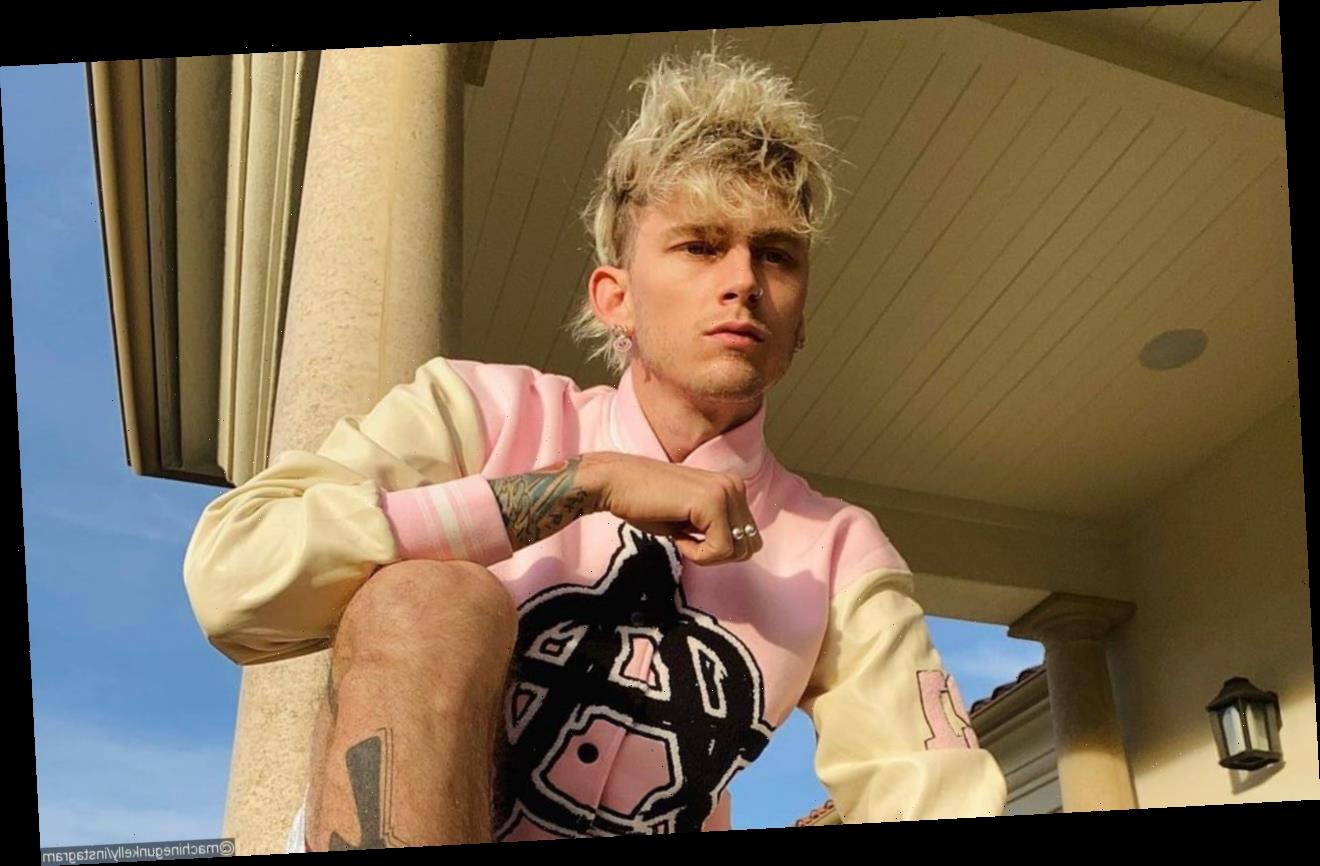 Despite confessing to having had difficult times for months, the ‘Rap Devil’ hitmaker shares some good news to his online devotees about his musical film ‘Downfalls High’.

AceShowbiz –Machine Gun Kelly has broken his silence after taking some time off social media. When explaining the reason behind his absence, the “Rap Devil” hitmaker confessed that he has been in a “f**ked up place” for months.

Making use of Instagram Story on Monday, January 18, the 30-year-old got candid about his situation. “I just wanna say to my fans I’ve been in, kind of like, a f**ked up place personally for a couple of months in my head. So, I haven’t been that active on socials,” he first shared.

The MC, whose real name is Richard Colson Baker, went on, “But I just got a call from the label about ‘Downfall Highs’. I’m, like, tripping out.” Over the clip, however, he made a correction over his statement, “Made a verbal typo. It ended up being 16 million***. Love you all so much. Thanks for these moments.”

While he did not get into more details about his difficult times, the boyfriend of Megan Fox hinted his struggle with anxiety on Twitter. “anxiety’s eating me alive,” he simply tweeted on Sunday, January 17.

More than a month prior, Kelly opened about undergoing therapy in an attempt to overcome his drug abuse issues. When speaking to Dave Franco for Interview magazine, he stated, “Currently, my drug of choice is happiness and commitment to the art, rather than commitment to a vice that I believed made the art.”

“I had my first therapy session,” the rapper added. “That’s the first time I ever went, ‘Hey, I need to separate these two people’, which is Machine Gun Kelly and Colson Baker. The dichotomy is too intense for me.”

Opening up about his struggles to chill out in sessions, Kelly claimed to have found the tools he received in therapy helpful. “I’m still kind of ripping my hair out,” he told Franco. “Why am I not changing overnight? How am I supposed to meditate for 10 minutes when I can’t even sit in my own brain for two minutes without distracting myself by doing something? That’s really hard.”

“But the commitment to change is inspiring, and I think will reverberate through the universe and definitely through my family,” he continued. “I can see it already with the people around me. The willingness to finally be happy with my own self has invited a much more vibrant energy around us than before.”