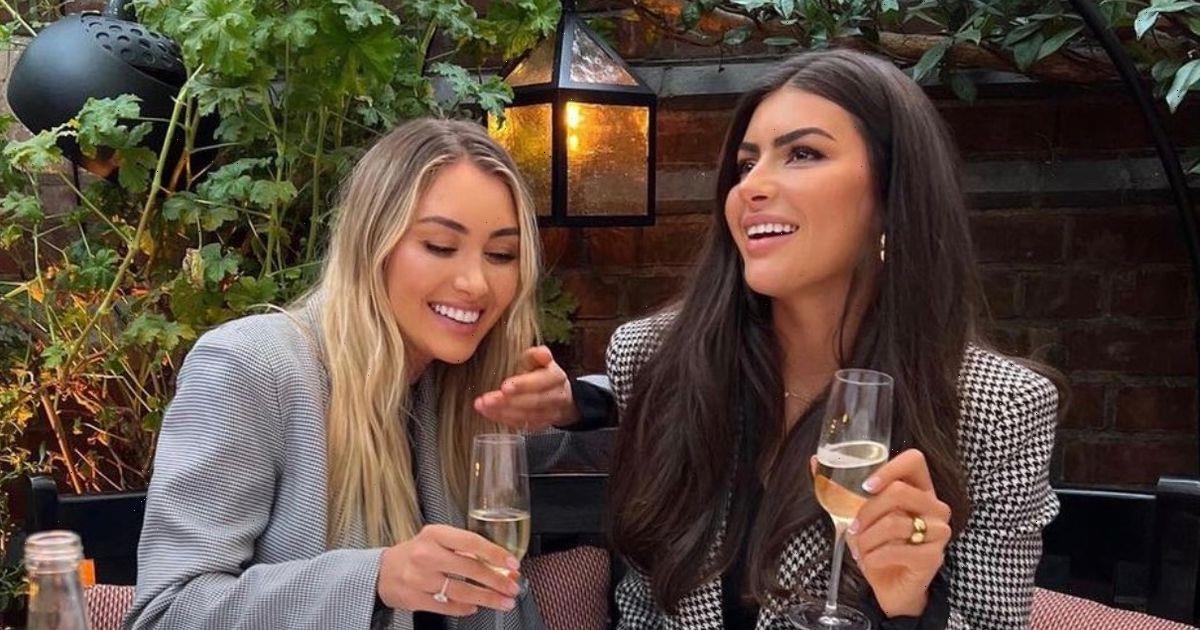 Made in Chelsea star Sophie Habboo has revealed that her sister Georgia is also engaged after her boyfriend Tom Berry popped the question.

The reality star, 28, who got engaged to Jamie Laing earlier this month after they shared the news on Instagram, appeared over-the-moon after her sister Georgia announced that her long-term boyfriend Tom got down on one knee.

Sophie, who is currently in South Africa with Jamie, 33, shared a screenshot of a FaceTime with her sister who could be seen posing with her fiancé Tom while she gave a glimpse of her dazzling diamond ring as she held a flute of fizz.

The E4 star, who was seen gobsmacked on the video call, penned: "Weeping that my sister @georgiahabboo and @tomberry100 just got bloody engaged! This is the best month of my life!!!!! Love you both so much."

Sophie re-shared a snap that Georgia posted to her Instagram feed which saw her flaunting her gorgeous engagement ring, captioned: "I’M MARRYING MY BEST FRIEND."

Meanwhile her fiancé Tom shared a glamorous snap of Georgia holding up her engagement ring, captioned: "And so… after years and years of asking… I finally said YES. Here we go!"

It comes after Sophie and Jamie, who have both starred on the hit E4 programme, first started dating in 2019, got engaged on Friday 17 December.

In a sweet video, counting down from five to one, Jamie revealed his wife-to-be Sophie in a white cap with the writing 'Mrs Laing-to-be' on top.

Sophie held her hands to her face as she showed off the hat, with a heartfelt song playing in the background.

Jamie penned as the caption: "I couldn’t think of anything better than spending the rest of my life with you @habboosophie," followed by a ring emoji and a love heart emoji.

However, things soon took a turn for the worst for the couple after their romantic evening as just days later, Sophie was rushed to hospital.

In a snap shared on Instagram by Jamie, Sophie could be seen hooked up to what looked to be gas and air, as well as having an IV drip.

Later detailing the scary ordeal, Jamie said on the Private Parts podcast: “It’s been wild this whole weekend, champagne, everything. We had a bottle of champagne and Sophie ordered oysters. We get a bit drunk and go to bed that night and we wake up in the morning and I start doing this podcast.

“When I woke up at 5am in the morning, Sophie was throwing up in the loo and I thought maybe she’s got food poisoning.”

“We drank a lot but not extortionate," he continued. "She then gets back into bed with me and she falls asleep and we get up around 7.15am, Sophie then starts puking on my shoulder."

“I clear her up and get her to the bathroom, we go downstairs and her lips are looking a little bit blue.”

He went on: "I ran her to the hospital, the hospital was rammed full of people and I sat her down and her fingers and lips were going bluer and bluer. I was trying to get people’s attention to look after her and they said you just have to wait, but she was turning blue.

“She was crying tears into her face mask. I’ve never had fear like that in my life ever. We checked her oxygen levels and it was really low.”