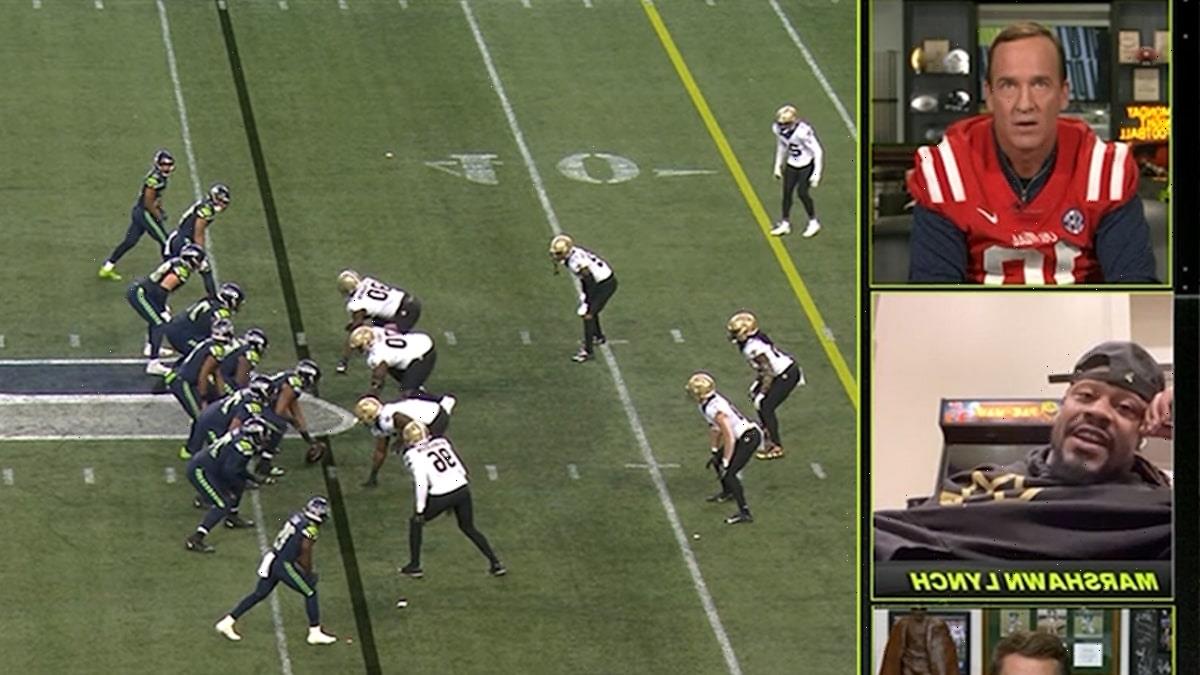 Peyton Manning found himself apologizing yet again on Monday night — this time, it’s all ’cause Marshawn Lynch hilariously dropped an f-bomb live on his show!!

Just a month after Manning was forced to say sorry for his little bro, Eli, flipping off cameras during the brothers’ “Monday Night Football” Manningcast … Peyton found himself in a similar situation with Lynch.

Late in the first quarter of the Seahawks’ tilt with the Saints … Lynch was watching a play when Seattle snapped the ball unexpectedly.

The 35-year-old former running back knew right away he had messed up, covering his mouth and adding, “I mean!”

Lynch dropped a few other expletives during the show too … and it all caused Peyton to issue a mea culpa later in the night.

“I want to thank Marshawn Lynch,” he said. “Not as wild about the language. I want to apologize for some of the language. It’s not what we’re trying to do on this show.”

He then joked about Eli’s September double-barrel salute, saying, “I had to remind Eli that this show is live. So Eli’s learned his lesson. Marshawn, I probably should have talked to him.”

Probably not the best for the young kiddos to hear the foul language … but, hey, we’re pretty sure they’ll get over it.