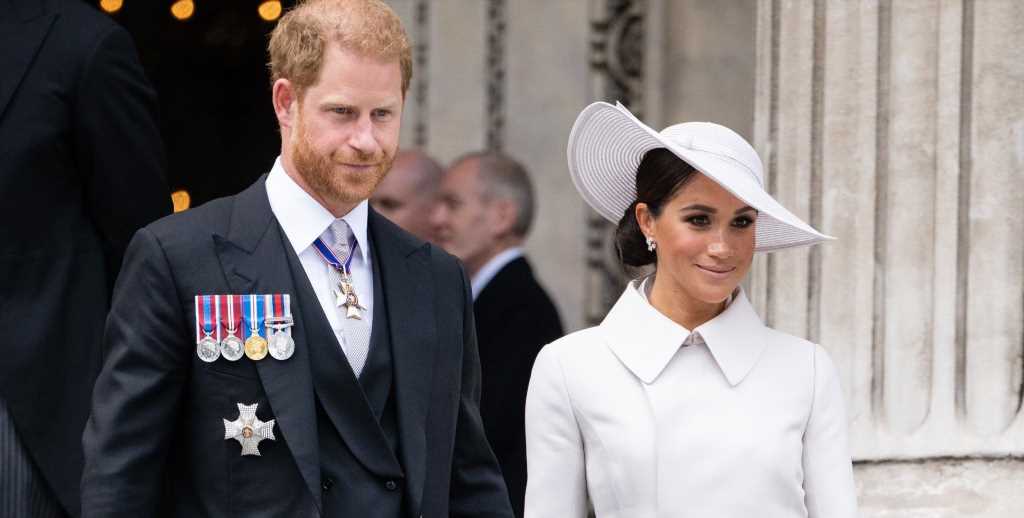 Meghan Markle and Prince Harry showed their support for the Queen by flying to England for the Jubilee, and apparently the royals are now sitting around wondering whether or not details of their trip will be included in their Netflix docuseries.

“The test really begins now for Harry and Meghan,” author Duncan Larcombe tells The Sun. “They have come to the UK and to the Jubilee and really cemented themselves as royals again, which is great for their brand and something that Spotify, Netflix and Penguin will be eating up.”

The royal expert notes that Meghan and Harry’s future in the monarchy depends “on their behavior moving forwards.”

“Clearly an olive branch has been extended by the Royal Family here. But Harry and Meghan would ruin that if any private information about this weekend was spoken about to the press or revealed in a book. It’s last-chance saloon for them now. If anything from the weekend leaked, I imagine they will be totally cut off and that’ll be it.”

He added that Meghan and Harry opting not to include details from the trip in their upcoming projects “could be a huge step in the right direction and the start of a new beginning.”

Guess we’ll see what happens, but FWIW it doesn’t seem like Netflix cameras were given access to the Jubilee anyway, mostly because of a “team of palace aides” who were tasked with keeping them away.