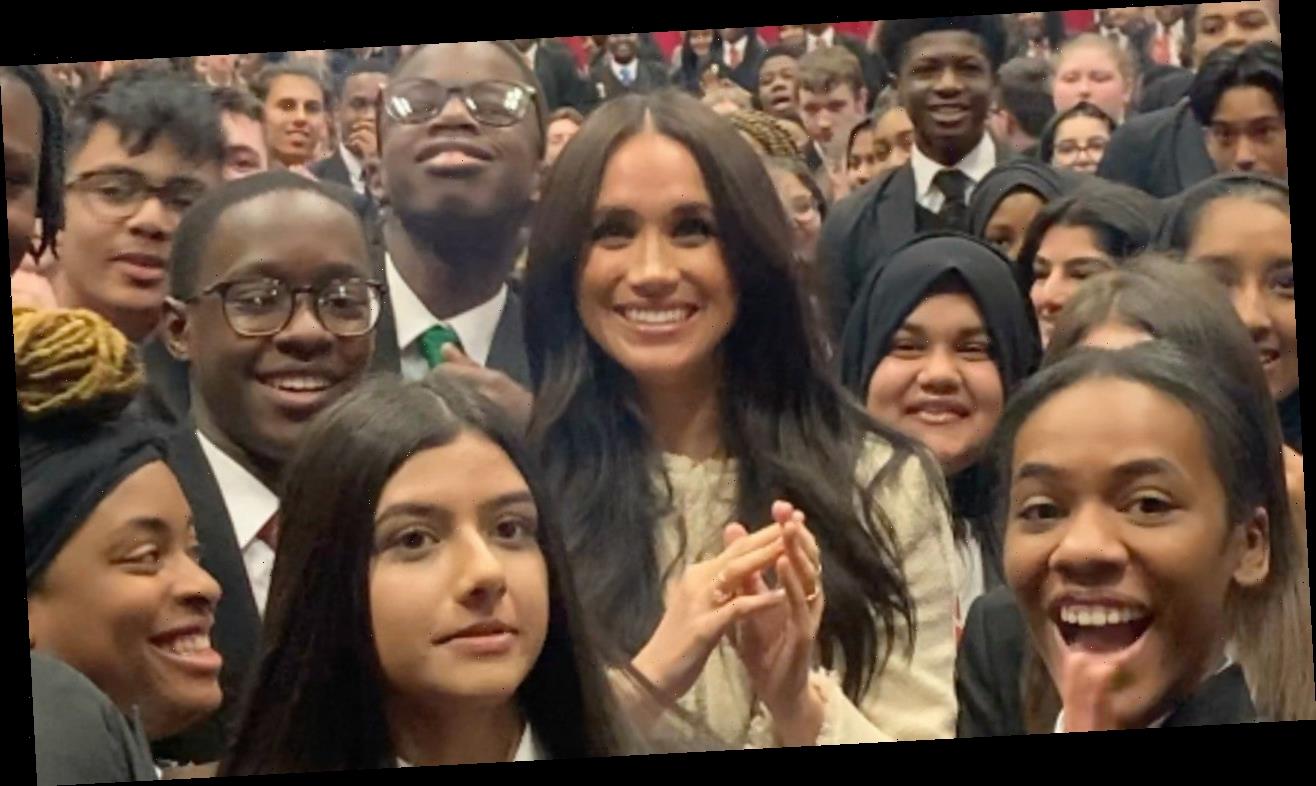 The Duchess of Sussex attended a special assembly ahead of International Women’s Day (IWD) on Sunday, where she delivered a great speech about the importance of celebrating women. Meghan has worked in support of women’s empowerment, social justice and gender equality issues for many years.

“It is such an honor for me to be here today,” Meghan expressed. “When we thought about what I wanted to do for International Women’s Day this year, for me it was incredibly important to be with the women of our future. And that is all of you young women here, as well as you, the young men, who play a very large part in this.”

“I think specifically coming to your school made a lot of sense for me because of this social justice and the impact that it’s rooted in,” she continued. Dagenham is noteworthy as it is the place where female sewing machinists from the Ford Motor Plant held a strike for equal pay in 1968, per a royal press release. Their efforts led them to win their battle and helped pass the Equal Pay Act in 1970, exactly 50 years ago.

“It’s not just on Sunday, not just on IWD, but every day to remember the value that we all bring to the table,” she continued. “Being in Dagenham is incredibly profound because with Geraldine and the other women who had the strength to really stand up for something that needed to be some. It’s the best example of no matter how small you might feel, or how low you may feel on the ladder or the totem pole. No matter what color you are. No matter what gender you are. You have a voice and you certainly have the right to speak up for what is right.”

Meghan also stepped out solo to visit the National Theatre in London on Thursday, before she and Prince Harry made their first appearance together at the Endeavour Fund Awards on Friday night.

The event marked the first public appearance for the royal couple since they relocated to Canada in January to start their new life. Meghan and Harry’s transition after they decided to step down as senior members of the royal family will happen on March 31. The two are currently in the U.K. to take part in a variety of events both together and solo.

On Saturday, the two stunned in coordinated red ensembles while attending the Mountbatten Music Festival.

They will next attend the Commonwealth Service at Westminster Abbey alongside Prince William and Kate Middleton on Monday.

See more on Meghan and Harry’s first public appearance in the video below.