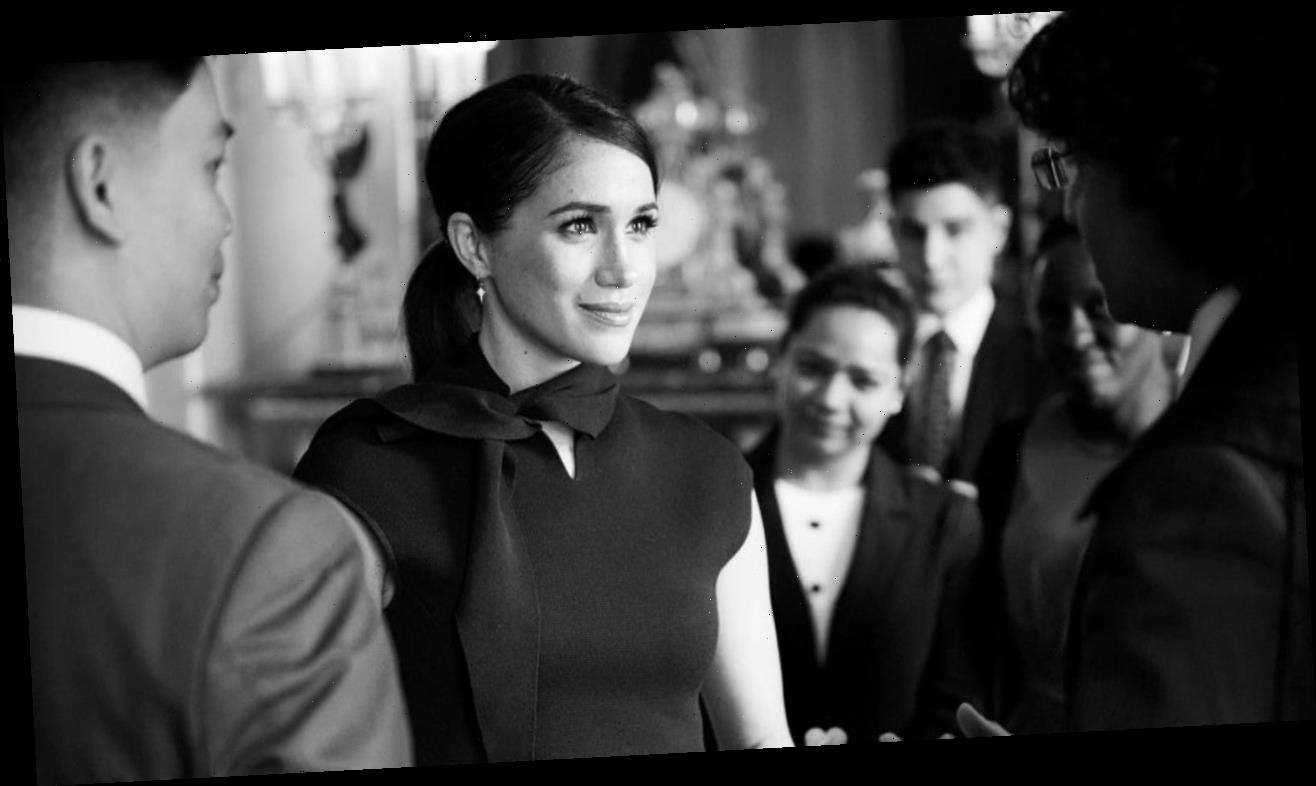 Meghan Markle met with a group of scholars on Monday before she and her husband, Prince Harry, publicly reunited with several senior members of the royal family to celebrate Commonwealth Day.

Meghan, in her role as Patron of the Association of Commonwealth Universities (ACU), met with the group of bright students from across the Commonwealth to hear about their commitment to tackling global challenges. The meeting took place at Buckingham Palace before they all attended the Commonwealth Service.

“Even though the groups are divided, everyone is connected because of this very holistic approach to tackling climate change,” Meghan said during the meeting. “I love how solution based you all are.”

The former Suits star looked fashionable as always at the meeting, wearing a black knee-length dress featuring cap sleeves and a tie at the collar.

Meghan herself is a college graduate, graduating from Northwestern University with a bachelor’s degree in 2003 in both theater and international studies. She became Royal Patron of the Association of Commonwealth Universities in January 2019 when she took over the role from Queen Elizabeth II, who was Patron for 33 years.

Before she entered the meeting on Monday, Joanna Newman — Secretary General of the ACU — referenced her background.

“You are all going to have a short period of time with our patron,” Newman said. “She’s really interested in the work that we’re doing, she’s incredibly supportive. She is herself a scholar from the university where she got a scholarship, so she understands the importance of scholarships. And she’s been a real champion of the work that universities do.”

“One of the joys of the duchess being a patron has been her understanding of the value of higher education and her own experience of having been a student on a scholarship, her own experience of being a student doing international studies and also studying abroad for part of her degree,” she added. “We believe that higher education and universities are an essential part of nation building and we want to build up healthy, strong, higher education systems across the Commonwealth and beyond. The duchess really understands that and she’s a very powerful spokesperson for us.”

The meeting, which took place before Meghan and Harry’s much talked-about Commonwealth Day appearance — the couple’s last scheduled appearance as senior members of the royal family — was an emotional one. Halima Ali, a lawyer from Kenya who is researching energy and natural resources at Queen Mary University of London, said that Meghan’s presence “meant a lot” to the students present.

“For Commonwealth and also African countries, to see her, her interest, her participation means a lot to us,” Ali said.

Meanwhile, Timothy Biswick — a University of Leicester research fellow from Malawi who is looking at microplastic pollution in the oceans and ways it can be reduced — said Meghan was definitely knowledgeable about different issues, especially climate change.

Meanwhile, for more on Meghan and Harry’s reunion with members of the royal family on Monday — including Prince William and Kate Middleton — watch the video below: