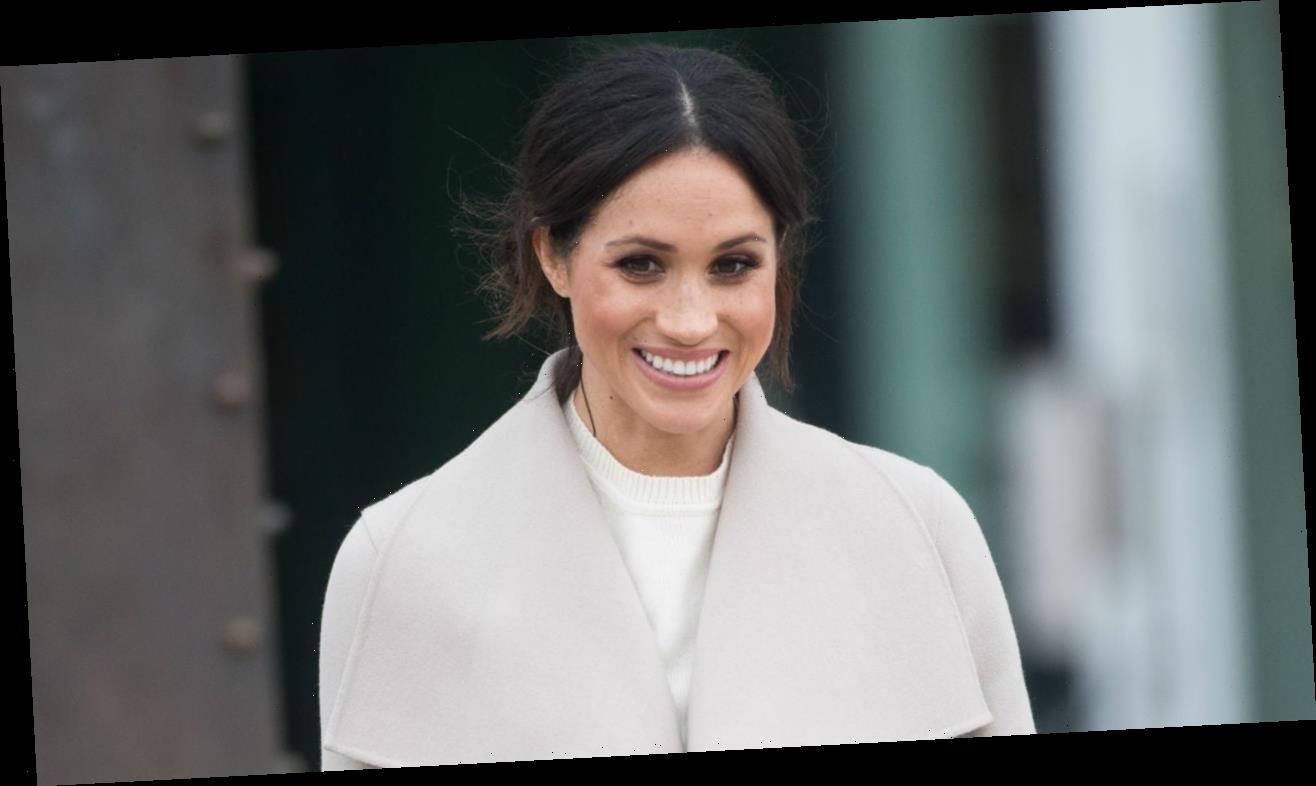 The Markle Sparkle is back in the U.K.! Meghan Markle was spotted in London on Thursday ahead of her first public appearance with her husband, Prince Harry, since the couple announced their decision to step down as senior members of the royal family.

Meghan was photographed by the British tabloid The Sun outside of The Goring Hotel in London, wearing a camel-colored wrap coat and chic black strappy stilettos.

Prince Harry was spotted exiting the hotel ahead of her in a navy blue suit and white shirt.

ET has learned that Harry and Meghan were visiting the hotel, which is located near Buckingham Palace, for a private lunch. The couple appeared to be in good spirits as they flashed smiles to photographers on the rainy London day.

Later this evening, the pair are set to attend the Endeavour Fund Awards for the third year in a row. For the next few days, they will attend several official events in their final days as senior royals.

For more on the couple’s transition, watch the clip below: