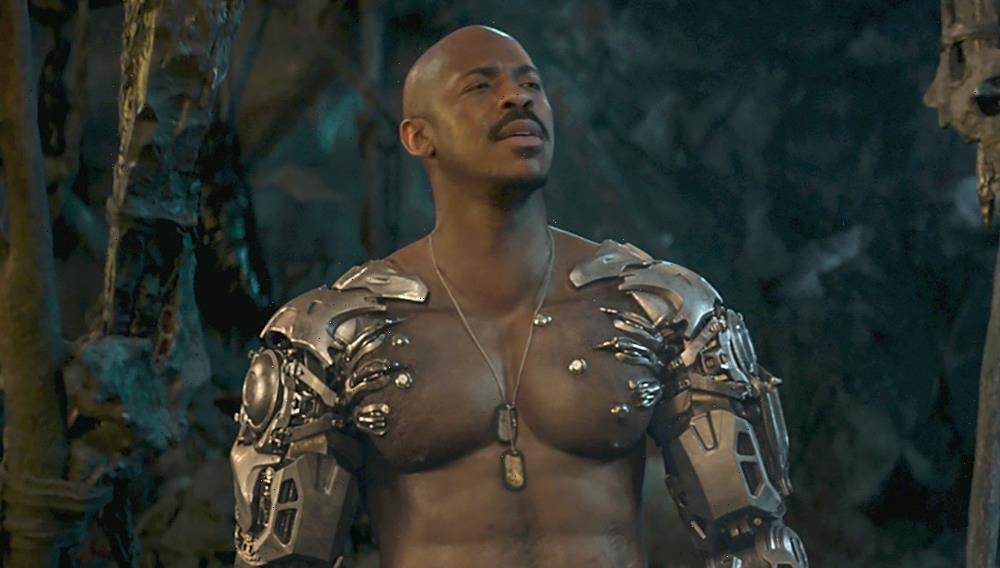 Mehcad Brooks‘ incredibly buff body is on display throughout his new movie Mortal Kombat and he’s opening up about how his body transformation affected his relationship.

The 40-year-old actor, who is best known for his roles on True Blood and Supergirl, made an appearance on The Talk on Friday (April 23) to talk about the film.

“I went from eating vegan to eating a small organic farm, more or less,” Mehcad said about preparing to play Jax. “I was doing boxing training five days a week and I think the one thing about gaining that much weight that fast, I gained 45 pounds…your jaw hurts because you’re chewing, you’re processing so much food.”

Mehcad added, “I was gaining weight so fast, I was like falling up the stairs. I was super clumsy. None of my clothes fit. It was too much too fast.”

Co-host Elaine Welteroth asked, “How did your girlfriend feel about that transformation for yours?”

“In some ways she hated it because I guess I’m not as a calm sleeper as I thought I was. So, I’d roll over on her, but I was the size of a baby elephant… she was like ‘get off of me…I can’t breathe, you’re on me’…It was like wearing a muscle suit,” he replied.

See which other actors are part of the Mortal Kombat cast and see what critics are saying about the film!