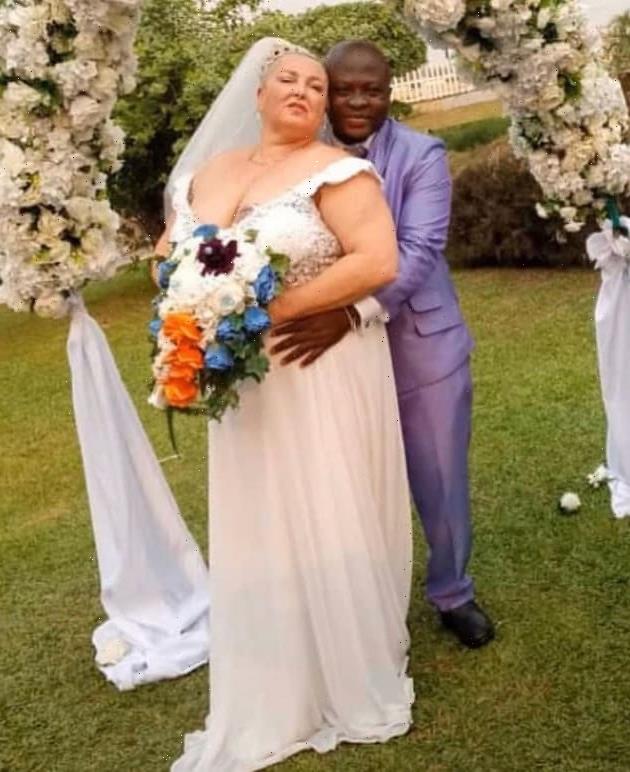 After Angela Deem dramatically threatened to divorce Michael Ilesanmi, 90 Day Fiance fans wondered if it was finally over.

After seeing the couple’s long distance bubble bath video chat on this week’s episode, the marriage was clearly back on.

But Angela and Michael have now been married for about a year and a half.

With all of that time and no divorce, is Michael finally living in Georgia with Angela? Angela herself just spilled the beans.

First, a quick disclaimer, given the monumental volume of fan attention that Angela has received.

There is an active campaign by viewers of the 90 Day Fiance franchise to remove Angela from the series.

The reason is that she verbally and emotionally abuses Michael.

Naturally, many fans would consider any outcome but a breakup to be bad news.

Across social media, viewers have been dreading the idea of Michael’s eventual arrival in the United States.

It’s not from xenophobia or racism — it’s because they feel that he is safest with at least an ocean separating him from Angela.

Angela Deem and Michael Ilesanmi were married in Nigeria in January of 2020.

That same week, the entire country of Nigeria was banned from immigrating to the United States.

The timing was a coincidence … but also chalk full of irony, given how Angela and Michael were introduced to the series.

Angela was introduced to the series as a fan of disgraced former president Donald Trump.

She brought and had Michael wear that man’s branded clothing on camera.

To have that same administration ban her husband from coming to live with her … many fans have wanted to hear what Angela really thought.

In public statements, Angela has placed most of the blame for their prolonged physical separation on the COVID-19 pandemic.

See, she had to return a short time after their wedding, given her mother’s failing health.

Angela’s mother passed away, and then a global pandemic put a hold on travel and immigration across the globe.

Many of those hurdles to Angela and Michael being together have been lifted.

As of early this year, there are now considerably fewer white nationalists setting immigration policy.

While the COVID-19 pandemic is still devastating communities across the globe, it is not being used to stall immigration as it was a year ago.

However, Angela’s spousal visa application was put on pause for such a long time.

But after a year and a half … 90 Day Fiance fans are anxious to know how things are going.

90 Day Fiance: Happily Ever After? might show the ups and downs of their marriage, but doesn’t have any real answers.

The reason is that it was all filmed many months ago.

As we have all seen from Thanksgiving dinners and Christmas decorations, Season 6 was mostly filmed late last year and very early this year.

But as we said, Angela herself spilled the beans.

As you can see in this screenshot, she shared a glimpse at her granddaughter, Ariah, video chatting with Michael.

That seems to be clear evidence that Michael is still in Nigeria and awaiting visa approval.

Of course, it’s evidence — not proof.

It could be an elaborate ruse cooked up to fool viewers into believing that Michael is secretly still in Nigeria.

But Angela is a terrible liar and hiding how she’s feeling is not really her style. So they’re likely still waiting on the visa.