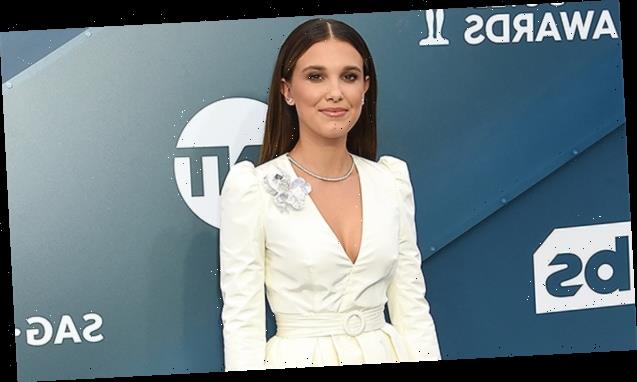 Millie Bobby Brown is a dancing (and singing!) queen in a series of new videos she shared to Instagram on January 6! See the ‘Stranger Things’ star jamming out to Lizzo’s ‘Juice’ and more!

Millie Bobby Brown‘s got moves! The Godzilla actress, 16, treated her millions of Instagram followers to a dance party on Wednesday afternoon. In a series of fun videos, Millie let loose while lip-syncing and dancing to a variety of new and old songs, including “Juice” by Lizzo, ABBA‘s “Waterloo” and the 1984 holiday classic, “Do They Know it’s Christmas” by Band Aid.

Millie’s four clips show the actress donning different outfits while filming in separate settings. To sum up her post, she used the caption, “a whole Mood” — which fans said was an “accurate” description. “Ur a whole mood Mills,” one Instagram user wrote in the comments. Another added, “This caption is spot on!” 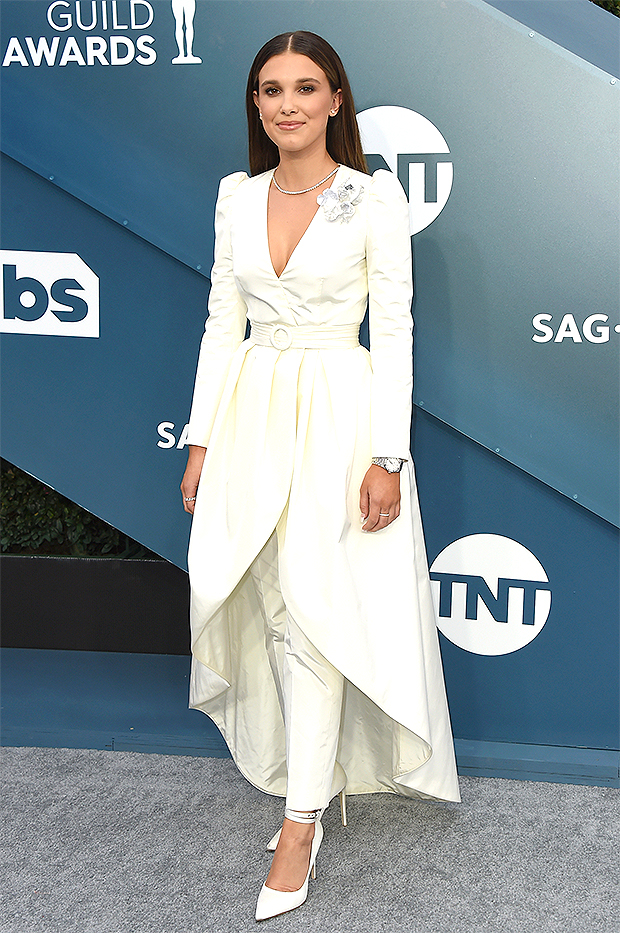 In the first clip, Millie — who appeared to be on the set of a photoshoot — jumped around on a couch while dancing to Lizzo. She looked super stylish in a lavender skirt and a striped t-shirt. And, her balancing act in heels was quite impressive!

The second video showed the actress belting out ABBA’s “Waterloo” as she pumped her arms up and down. She rocked a pair of black tinted sunglasses and a red and grey “Oklahoma” sweatshirt.

Millie’s third video appeared to be filmed during the holidays since she sang “Do They Know It’s Christmas?” into a spoon that she substituted as a microphone. The black and white filtered clip, which included a hilarious closeup of Millie at the end, also starred her adorable dog and a few loved ones — all of whom appeared in the background.

Finally, the fourth video showed Millie dancing and laughing with a book in her hands. She wore a cream-colored shawl over a white dress and her brunette hair was styled in two curly braids.