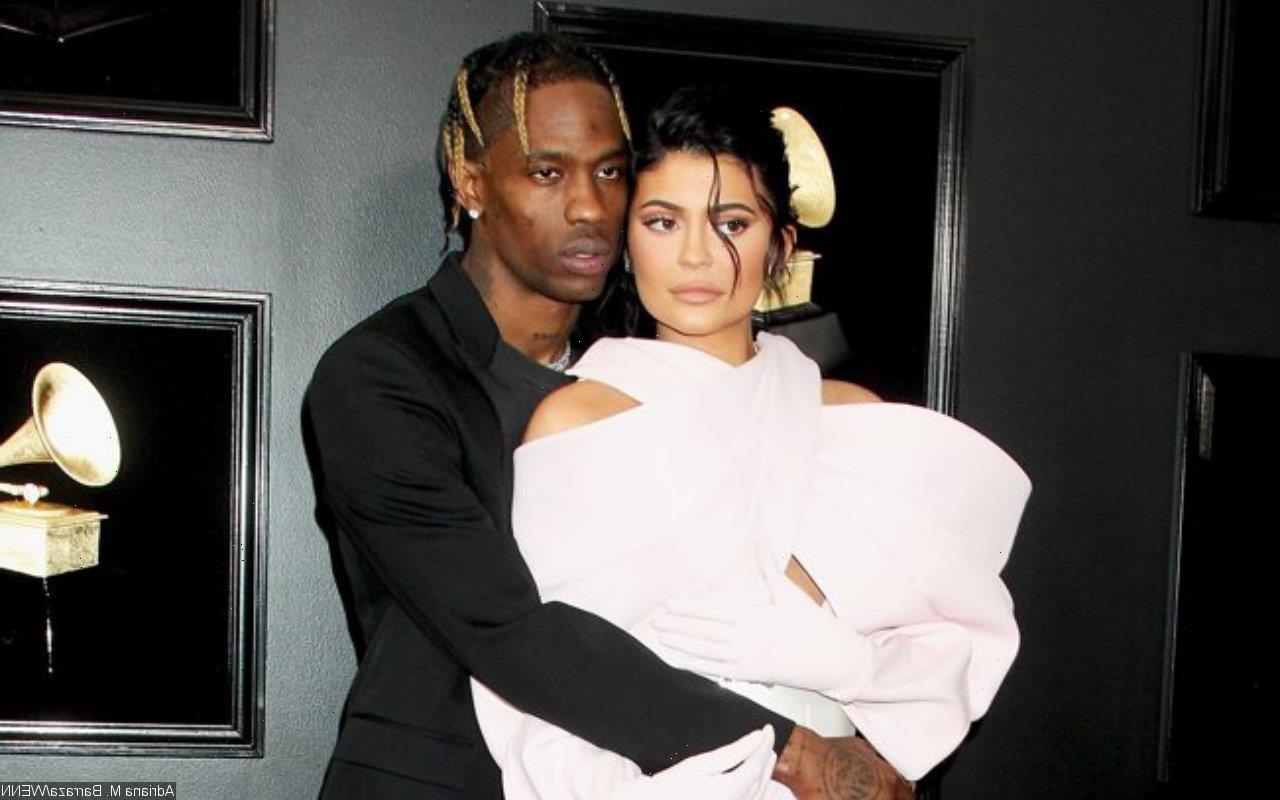 The rapper, who is named as the winner of the Best Hip-Hop Video for his song ‘Franchise’, gives a shout-out to daughter Stormi, but skips his baby mama who is now pregnant with their second child.

AceShowbiz –Travis Scott (II) appeared to forget someone while delivering his speech at the 2021 MTV Video Music Awards on Sunday, September 12. During his speech, the rapper, who was named as the winner of the Best Hip-Hop Video for his song “Franchise”, gave a shout-out for people he loved including daughter Stormi, but skipped baby mama Kylie Jenner.

As he took the stage to accept the honor, the “Astroworld” artist thanked those who have been the inspiration in his life. “I first wanna thank God, my mom, Stormi,” so the rapper said, referring to his and Kylie’s first child. He then thanked his label and his fans.

Fans quickly thought it was odd for Travis, who attended the award show without Kylie, not to mention the cosmetic mogul despite them expecting their second child together. “No cause Kylie posted Travis’s photo at the VMAs and he ain’t even said a thing about her and she’s carrying his child. I’d be mad,” one person wrote on Twitter.

Another user blasted the “Sicko Mode” hitmaker, tweeting, “Travis f**king Scott not only you didn’t bring your pregnant girlfriend as your #VMAs date but you had the audacity to think mOm and StOrMi but not KYLIE KRISTEN JENNER ?” One comment, meanwhile, read, “I would be pissed if I was Kylie Jenner Travis Scott didn’t even shout her out lmao.”

Kylie has yet to comment on the snub. However, a rep for the “Keeping Up with the Kardashians” alum told Page Six that the reality star was “never” set to attend the event enough though she’s in New York City for Fashion Week.

Kylie confirmed her second pregnancy in an Instagram video on September 7. It featured her holding her pregnancy test which showed “pregnant” as the result. Elsewhere in clip, she was seen going to a doctor’s appointment alongside Travis and Stormi. It also saw Kylie breaking the news to her excited mom Kris Jenner.