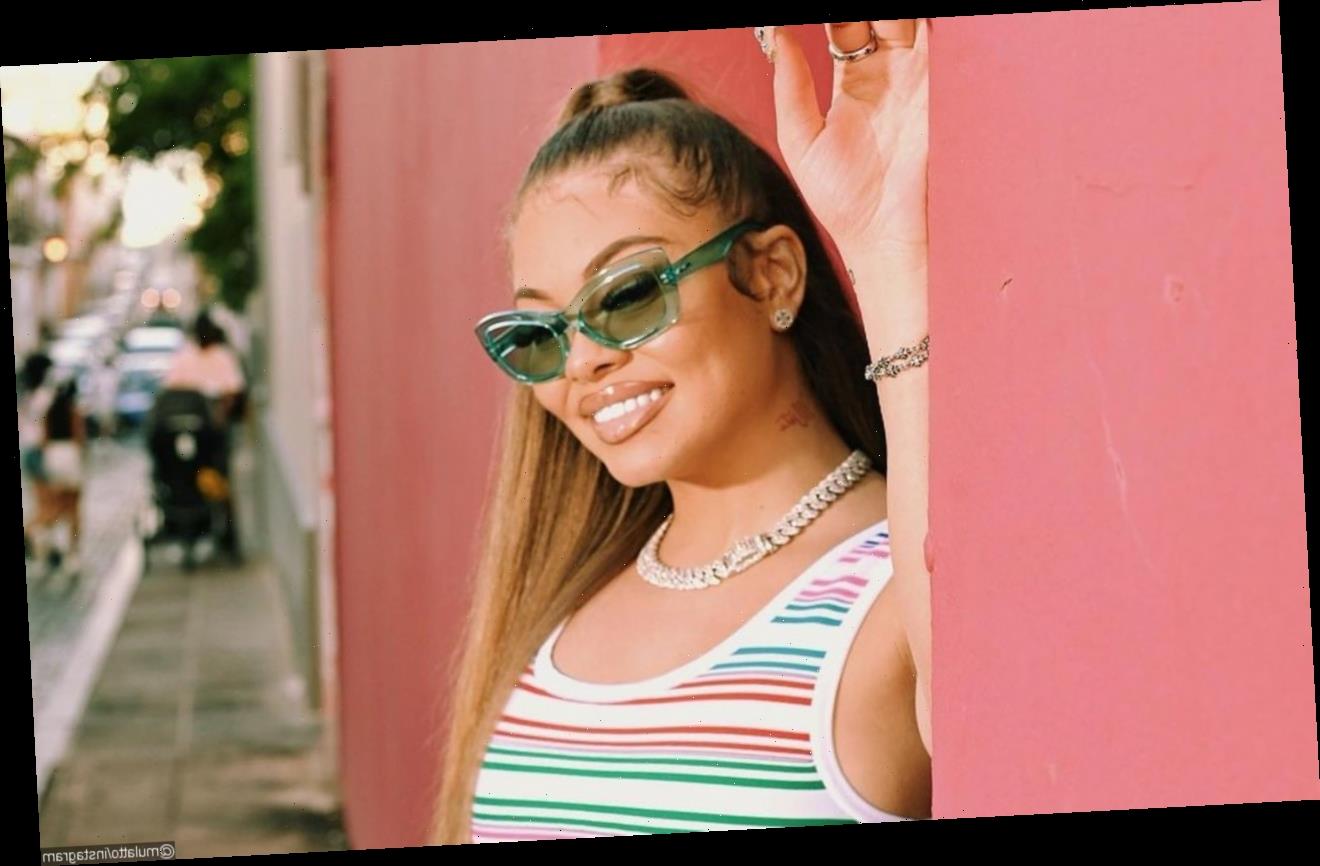 Tired of the hate comments, the ‘He Say She Say’ femcee, whose real name is Alyssa Michelle Stephens, write son Twitter, ‘Y’all so fake perfect on this app it’s so annoying.’

AceShowbiz –Mulatto showed off her twerking skills in a new video that she shared on her Twitter account. The clip, which saw her shaking her derriere in front on the camera, successfully had got some Internet users talking but not for a good reason.

Mulatto, who donned a black top and patterned pants, was barefoot while flaunting her moves to Megan Thee Stallion and Lil Baby‘s “Cry Baby” during her birthday week in Puerto Rico. However, instead of being impressed by the rapper’s twerking skills, some fans called her out because her feet looked so dirty.

“Dirty foot bottom…this lady is white forreal,” one hater said. “B***h go wash yo feet,” someone else urged her. Going cryptic, one person commented, “Bottom of the feet tell me everything I need to know.” while someone harshly called them “nasty a** feet.”

Mulatto caught wind of the comments but she didn’t let it get to her. Clapping back to the haters, the “B***h From Da Souf” raptress wrote to her followers, “Y’all talm bout my feet dirty b***h I’m drunk running around a mansion in Puerto Rico for my birthday.”

She also addressed commments questioning about her skills because she held onto the table while twerking. “& im holding onto the table cause nothing about that video was planned the song was just playing & I was dancing..,” she explained in a separate tweet. “matter fact it was originally on my close friends.”

Tired of the hate comments, Mulatto, whose real name is Alyssa Michelle Stephens, tweeted, “Y’all so fake perfect on this app it’s so annoying.”

Some people seemed to be sympathetic to Mulatto and other celebrities who had to deal with haters in daily basis. “I wish celebrities would enjoy their lives and stop giving energy to irrelevant people. If you living your best life…don’t worry about haters,” someone opined. “i mean yall do always got some negative to say,” another person added, while someone else said, “I didn’t even notice.”

That aside, Mulatto’s twerking video got the attention of Megan. The Hot Girl Summer appreaciated the fact that Mulatto danced to her song as she responded by retweet-quoting Mulatto’s tweet. She left three sticking-out-the-tongue emojis.