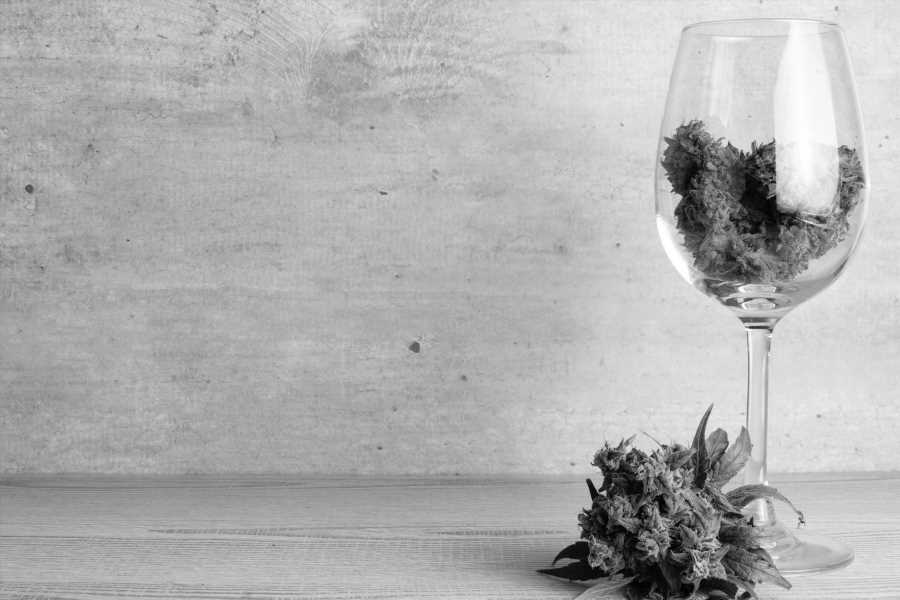 Opinions expressed are solely those of the author and do not reflect the views of Rolling Stone editors or publishers.

Infused beverages are one of the hottest sectors of the cannabis industry right now. In 2020, infused beverage sales grew by 40 percent, from $67.8 million to $95.2 million.

Though cannabis-infused wine brands that exist in the market, such as my brand, House of Saka, or our friends (competitors) Viv & Oak, Rebel Coast and the upcoming French Blend by Jamie Evans, are relative newcomers to the legal cannabis industry, the act of infusing wine with cannabis seems to have been around for nearly as long as civilization itself. To keep ahead of the current market trends, I believe aspiring brands and leaders in the cannabis space can benefit from understanding its purported origins.

The Historical Scope of Cannabis and Wine

One of the earliest known uses of cannabis and wine dates back nearly 3,000 years to the ancient Scythians, also known as the Saka. Skilled in horsemanship, the Scythians were a nomadic people who roamed the Eurasian Steppes from around 600 BCE to 400 CE. Feared by the Greeks for their prowess in battle, the Scythians were also known for a cultural trait that, at the time, was seen as strange: gender equality. Raised equally in horsemanship and war and just as skilled as their male counterparts, if not more so, the warrior women of Scythia gained a fearsome reputation. They also used cannabis and wine extensively in their daily rituals.

For the Scythians, the use of cannabis and wine was essential to both religious ceremonies and diplomacy. Herodotus describes a ritual where Scythians would construct a tent and burn hemp seeds over hot braziers inside, essentially creating a hotbox that “gives out such a vapor as no Grecian vapor-bath can exceed.” The Scythians didn’t just burn herbs, they also infused wine with them. Archaeologists have discovered cups that resemble the braziers in which the Scythians burn cannabis, which seems to indicate that cannabis could have been used in both.

Archaeologists have also discovered the grave of a 2,500-year-old Siberian woman who suffered from acute breast cancer and had carried (and was buried with) a container of cannabis, which would suggest that Scythians also may have used cannabis therapeutically, in addition to religious rites.

Outside of the lands of Scythia, another group well-known for their use of cannabis and wine was the ancient Greek cult of Dionysus. Dionysus was not only the god of wine, but was also the god of fertility, orchards and fruit, vegetation, festivity, theater and (most importantly) ritual and ecstasy.

The most fervent followers of Dionysus were women known as maenads who would purportedly go into a “divine possession” and “frenzy” while drinking potent wine. According to Boston University Professor Carl Ruck: “Ancient wines were always fortified, like the ‘strong wine’ of the Old Testament, with herbal additives…the easy availability and long tradition of cannabis use would have seen it included in the mixture.”

The Rolling Stone Culture Council is an invitation-only community for Influencers, Innovators and Creatives. Do I qualify?

The Current and Future Market of Infused Cannabis Beverages

The world of cannabis-infused wine has come a long way from the ancient days of Dionysus. Though there may be far fewer people dancing around the fire in religious ecstasy, the way in which we make cannabis-infused wine has at least become more sophisticated. We now use technology to remove the alcohol from the wine, meaning it’s dealcoholized, and infuse it with cannabis.

While infused cannabis beverages as a sector is a long way from dominating the wider cannabis industry, the sub-sector is outpacing the market in terms of growth. As mentioned earlier, cannabis-infused beverage sales in 2020 increased by 40.3 percent ($95.2 million), compared to the overall cannabis industry average of 39.4 percent. As far as market share goes, cannabis beverages make up approximately one percent of all cannabis sales, but early estimates for 2021 put that number at around 1.2 percent.

Savvy operators looking to grab a slice of this growing market share would do well to ask themselves why cannabis consumers are increasingly turning to infused beverages. Many consumers are looking for healthier and safer alternatives to alcohol, for example. This is a fact that aspiring cannabis-infused wine brands should understand well before developing and launching any type of cannabis-infused beverage.

If you can answer the “why” to your brand, then you will have a clear road map to success. Understanding the nuances of the market and consumer base is vital to ensure you’re positioning your brand in front of customers in a transparent and captivating way.

By 2025, Grand View Research projects that cannabis-infused beverage sales will top out at around $2.5 billion, growing at a CAGR of 17.8 percent. As cannabis legalization spreads throughout North America, infused brands are likely to penetrate new markets, gain new consumers and fill a role in the lives of consumers that cannabis hasn’t played since the time of Socrates.