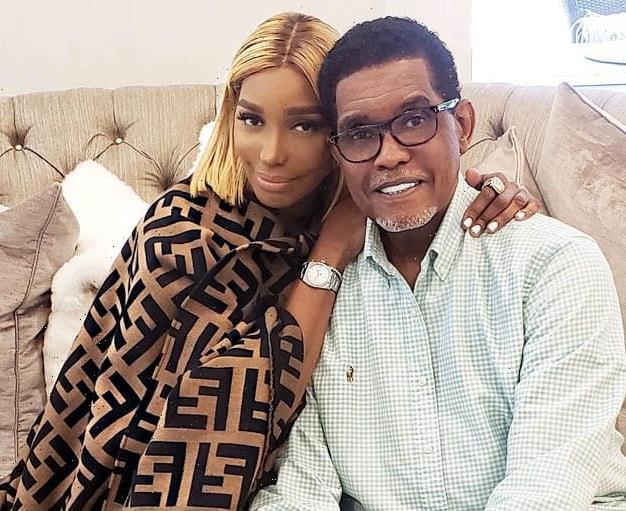 NeNe Leakes does not yet have the words.

But she does have something to sort of say nonetheless.

In the wake of her husband dying at the age of 66 from cancer, the former Real Housewives of Atlanta cast member has taken to Instagram in orderr to pay tribute to Gregg Leakes.

This past Thursday, a day after Gregg passed away, NeNe shared a romantic video on social media of the couple dancing to “It Would Be You” by Johnny Gill.

The uploaded marked her first post since his death.

NeNe did not write a caption to the footage, save for alternating heart and broken heart emojis.

Shortly after it went live, meanwhile, condolences flooded the comments section, with fans and well-known friends sending their love to the former Bravo personality, who has also appeared on a number of scripted TV shows.

“I’m so thankful I had the pleasure of knowing @greggleakes,” wrote Phaedra Parks, for example.

“He was wonderfully wise, hilariously humorous, courageous and compassionate. A great husband, dad and friend.

“Death always has some measure of sadness but a man who leaves a legacy never truly dies because his spirit, his words, and his deeds are etched in the hearts of everyone who was fortunate enough to know him.

“Tonight I find solace in the moments I listened, laughed and learned from Gregg.”

“what’s known doesn’t have to be posted-YOU know I love,” Parks concluded, tagging her pal in the process.

Prior to Gregg’s passing, NeNe addressed his health on Saturday in a video that circulated on social media, telling patrons of The Linnethia Lounge in Duluth, Georgia:

“My husband is transitioning to the other side.”

On September 1, a publicist for NeNe then released the following statement:

Today the Leakes family is in deep pain with a broken heart.

After a long battle with cancer, Gregg Leakes has passed away peacefully in his home surrounded by all of his children, very close loved ones and wife Nene Leakes.

We ask that you pray for peace and strength over their family & allow them to mourn in private during this very very difficult time.

NeNe revealed in June that Gregg was once again fighting cancer after previously being given a clean bill of health in May 2019.

He was initially diagnosed in June 2018, around which time his wife talked openly about the challenges of such a medical crisis.

“I never knew that cancer could come into our lives and change it the way that it has. It’s been really hard for me, it really has,” she todl Us Weekly about three years ago.

“There are days where we have good days and Gregg has good days, then we have bad days and, you know, I feel alone, he feels alone. …

“I feel like the day they told me that he had cancer, I feel like I lost my husband.”

Since Wednesday, NeNe’s former Real Housewives of Atlanta cast members and other Bravo stars have been paying tribute to Gregg and sending their love to the family.

“I am heartbroken over the passing of Gregg Leakes, a wonderful man,” Andy Cohen tweeted.

“I jokingly called him ‘Pastor Leakes’ but in truth he was a strong voice of reason & commanded great respect among the entire #RHOA team.

“I am sending love and strength to @neneleakes & the entire Leakes family.”

“Always the voice of reason,” Kim Zolciak-Biermann added on her Instagram story.

“Sending you all my love to @neneleakes and your family.”

May Gregg rest in peace.