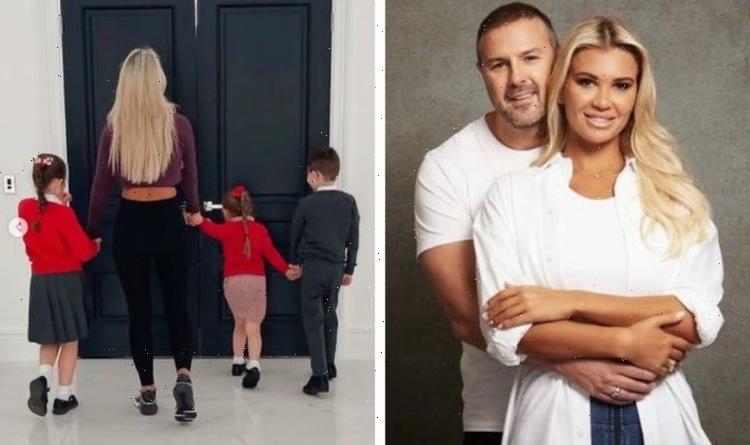 Actor, comedian and TV presenter Paddy McGuinness, who is married to Real Housewives of Cheshire reality star Christine, has bravely revealed his family’s journey after all three of their children were diagnosed with autism.

Yet, the 48-year-old, who suffered depression after his children’s diagnoses, has suffered sleepless nights of anxiety wondering how the public will react to it.

I’m nervous yet full of pride

Autism is believed to be a genetic trait in their family, as Christine suffers with it herself.

Yet, with a little understanding, the couple hope that others can react more sensitively to sufferers around them.

“After 4 years of planning and sleepless nights our documentary Our Family and Autism airs tonight at 9pm on @BBCOne,” he revealed.

“I really hope it helps folk understand Autism a little better, along with all its highs and lows.”

Will Foxwell replied to the tweet with enthusiasm: “As a Dad of a kid with Neuro-disability I’m so pleased you’ve done this.

“Neurodiversity (in all forms) needs more light shining on it.”

Meanwhile, Mo Happy confessed: “I have autism in my family [too]. It gets overlooked and misdiagnosed.

“When I was younger I myself was put on the remedial table, I was frustrated, lost my temper, hated loud noises and couldn’t concentrate.

“I must of put my mum through so much worry. Thank you both for speaking up.”(sic)

Since her own diagnosis, Christine has candidly detailed the challenges she has faced.

Christine will sometimes totally re-arrange the furniture in a hotel room, locking up cushions she doesn’t like in cupboards and even taking artwork down from the walls.

The 33-year-old has confessed that she always felt “different” – but until recently, she didn’t know why.

Autism can also cause unusual communication traits when it comes to discussing feelings.

“It didn’t matter how much I tried to fit in, and I really tried, to be part of the sporty group, drama group, then the art group,” she explained.

“I just didn’t seem to fit in anywhere.”

Christine previously opened up on how she left school early at age 14, after recalling the “struggle” she has had when it comes to building friendships.

She also shared that attending black-tie balls with Paddy when they first met was overwhelming for her too.

“I remember sitting with my head down thinking ‘please don’t anyone speak to me’, but on the outside, they’d probably see me in a glamorous ball gown and think ‘She’s fine, she’s really social’… but I hated it,” Christine revealed to the Manchester Evening News.

Fortunately, her kids have a support network to avoid facing similar struggles becoming too intense for them as they navigate the world with their condition – and the family’s documentary is expected to help raise awareness.