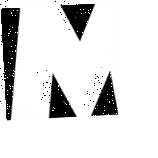 You’re Next actor Nicholas Tucci has tragically died at the age of 38 after hiding an illness from fans.

The star, who also appeared in the likes of Channel Zero, had wanted to continue to pursue his career, so had kept his health troubles private.

‘To the friends of Nicholas Tucci,’ he wrote. ‘This is Alexander Tucci, Nick’s father. On Tuesday, March 3, Nick died at the Smilow Cancer Hospital in New Haven, Connecticut.

‘Nick chose to keep his illness private so that he could continue to pursue his professional and artistic dreams for as long as possible. In the last year, he was able to audition, go on location, and continue the work he loved so much.

‘To those of you in the film, television, and theater communities…thank you for guiding, encouraging, and supporting Nick.

‘To those of you who enjoyed Nick’s work on the screen and stage…thank you for recognizing his talent and appreciating his efforts. To all…thank you for your gift of friendship to my son.’

Friends and fans have been sharing tribute to the late star, with filmmaker Simon Barett writing: ‘Just now heard that Nick Tucci, who played Felix in You’re Next, has died of cancer, which he kept private.

‘Nick was a wonderful, truly great actor and human being and I’m deeply sad that I didn’t get to spend more time with him. Not sure what to say here, this is awful news.’

Writer Brad Henderson added: ‘Scrolling through Facebook and found out Nick Tucci passed away. Had no idea he was sick. Nick reached out to me years ago when I created the YOURE VS YOUR NEXT account.

‘He thought it was hilarious and we became internet pals after that and talked movies off and on. RIP brother.’

Producer Keith Calder went on to say: ‘RIP Nick Tucci. I was lucky enough to work with Nick on three movies (UNDOCUMENTED, YOU’RE NEXT, and FAULTS) and he was one of my favorite actors to work with. I’m honored to have been able to call him a friend and a colleague.’

While he was best known for You’re Next, Nicholas appeared in the likes of TV series Daredevil and Person Of Interest, as well as Channel Zero, and Unforgettable.

If you’ve got a celebrity story, video or pictures get in touch with the Metro.co.uk entertainment team by emailing us [email protected], calling 020 3615 2145 or by visiting our Submit Stuff page – we’d love to hear from you.