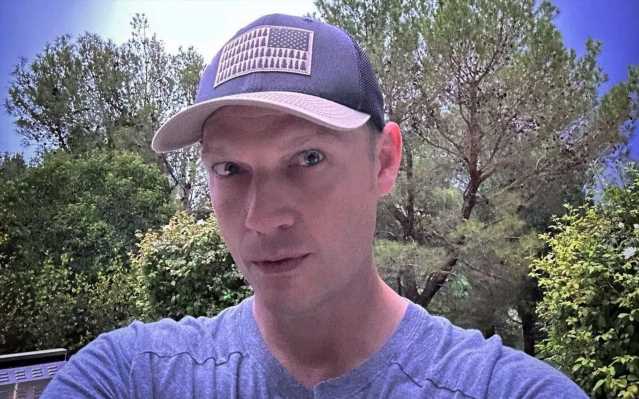 The Backstreet Boys member admits that parenting is ‘definitely tough’ after he missed his daughter’s birthday because of his hectic schedule on the road.

AceShowbiz –Nick Carter laments about “totally” missing his daughter’s third birthday. Claiming that parenting can be “tough,” the Backstreet Boys star – who has been married to fitness trainer Lauren Kitt since 2014 and has children Odin, six, Pearl, two, and three-year-old Saoirse with her – was so busy with touring commitments in Europe he couldn’t be there for his middle daughter’s special day.

“It’s definitely tough! I have the youngest out of all of the [Backstreet Boys] kids. And right before we left to go on the road, I totally missed my middle daughter’s third birthday. It was sad,” he said.

However, the “Shape of My Heart” hitmaker – who is currently on the “DNA” world tour with AJ McLean, Howie Dorough, Kevin Richardson, and Brian Littrell – added that some of his bandmates have gone through the same scheduling issue with their own children and has managed to “touch base” with the help of regular FaceTime sessions and explained that the little ones are “kind adjusting” to the situation.

He told PEOPLE, “Some of the other guys have actually gone through it, where they haven’t been able to be home because the schedules just pretty much conflict. So I experienced that for the first time. But again, FaceTime helps, talking to them all the time, and touching base with them. And, for us, it’s our life. It’s what we’ve done our whole life in regards to travelling. So they’re kind of adjusting to it.”

When Saorise celebrated her third birthday this month, Nick paid tribute to his daughter with an Instagram post shared with his 1.8 million followers. He wrote, “Happy birthday to my baby girl Saoirse! Daddy loves and misses you so much.”